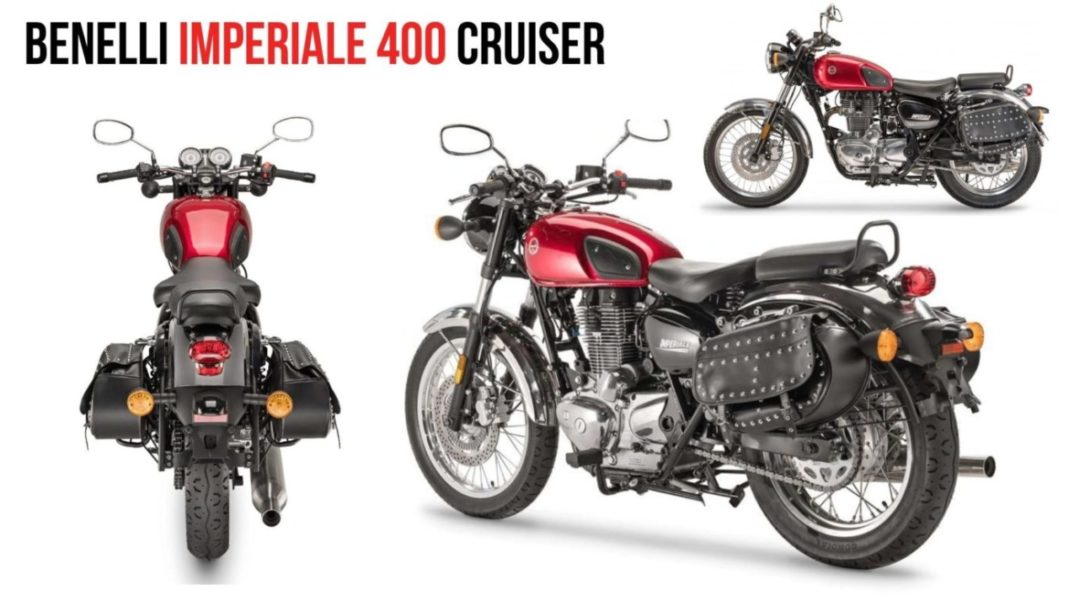 Only recently we have informed you all that Benelli will not be launching the Imperiale 400 in India anytime soon. However, to everyone’s surprise, the upcoming cruiser was spotted recently on test near ARAI, Pune. Now that we all know Benelli will be launching this cruiser soon in India and here are some interesting facts that the spy image reveals about the upcoming cruiser.

The good news is that the Imperiale 400 spotted on test looks identical to the model showcased at the EICMA motorcycle show back in 2017. The Imperiale 400 was spotted with the gloss black colour scheme with golden contrasting highlights which is exactly what we also have seen on the International spec model as well.

The body panels, seats, taillights and even the spoke wheels too look identical to the International spec Imperiale 400. Even the instrument cluster, turn indicators and the mirror remained unchanged as well. The only thing that has been added to the model is a saree guard that is mandatory here in India. 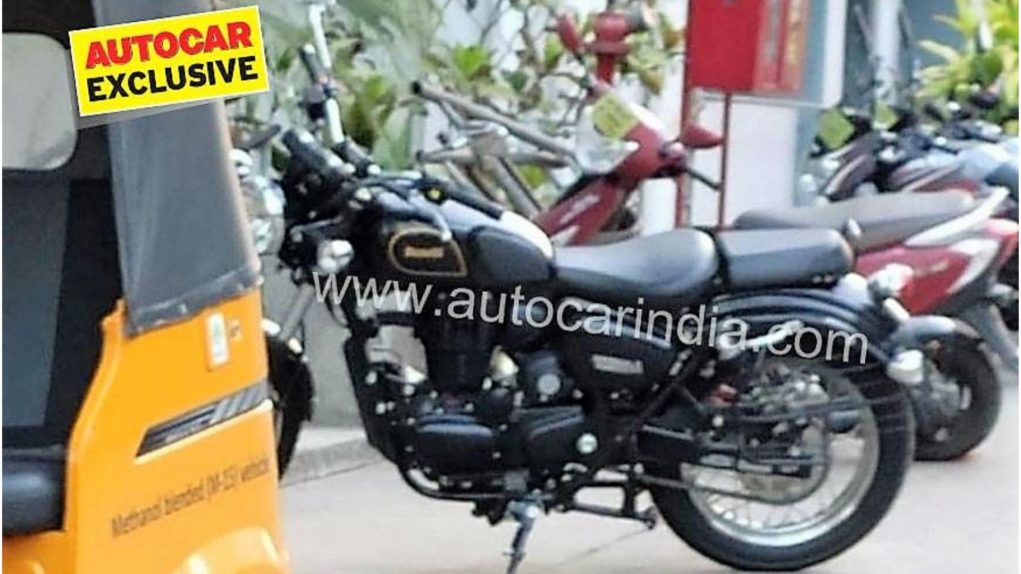 That said, the Imperiale 400 will be the first product from Benelli that will be manufactured in India completely which will also help the bike manufacturer to price it more aggressively and on par with its closest rival as well. The current Benelli products are sold in the country as CKD (Completely Knocked Down) models. These motorcycles are manufactured at Benelli’s QJ factory in Wenling, China and are assembled at a factory set up in Telangana, India.

As far as the upcoming cruiser is concerned, the Imperiale 400 is underpinned by a steel double-cradle frame. It is powered by a 373cc, air-cooled, single-cylinder, fuel injected motor that makes about 19.7bhp of power and 28Nm of torque. The engine is paired with a five-speed gearbox.

Expect the new motor to comply with the upcoming stricter BS-VI norms. The motorcycle rides on a 19-inch front and 18-inch rear spoke wheels. Braking duties of the motorcycle are handled by discs on both ends. A dual channel ABS will also be offered as standard for the safety of the rider.

The motorcycle relies on a telescopic fork at the front and dual spring shock absorbers at the rear. Expect the soon to be launched Benelli Imperiale 400 to be priced in under 2 lakhs rupees. It will rival directly against the likes of the Royal Enfield Classic 350 and Jawa range of motorcycles.