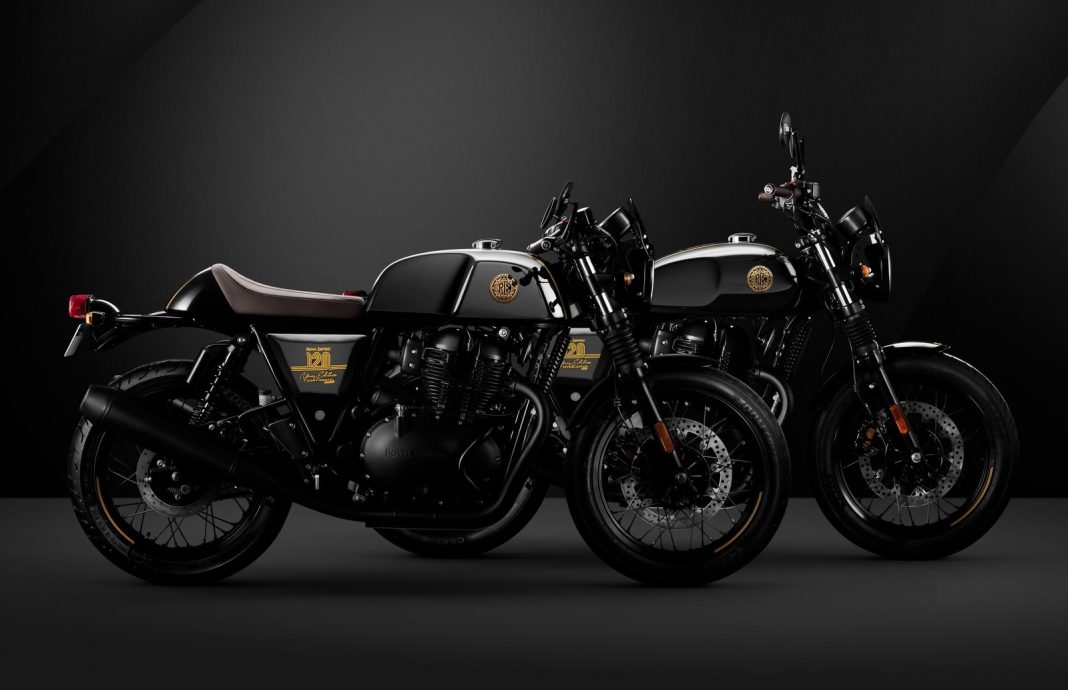 At the Stanley Cycle Show in London, Royal Enfield introduced its first motorcycle back in November 1901 and it kick-started a journey that has lasted twelve decades so far. The oldest motorcycle brand in continuous production has today revealed the 120th Year Anniversary Edition of its 650 Twins – the Interceptor 650 and the Continental GT 650 to mark the milestone.

Unveiled at the EICMA 2021 in Milan, Italy the 120th Year Anniversary Edition’s production has been limited to just 480 examples and 120 units have been allotted for India (60 units of Continental GT 650 and 60 units of Interceptor 650). The remaining 360 units are allotted in such a fashion of 120 units each for Southeast Asia, Europe and America.

Speaking on the unveil, Siddhartha Lal, Managing Director of Eicher Motors Ltd. said, “We are delighted to bring the 120th Anniversary Edition 650 Twin motorcycles to enthusiasts around the world, and share the brand’s legacy with them. Both the Interceptor and the Continental GT are hugely successful around the world today, as they were in the 1960’s, and truly represent our heritage of making simple and enjoyable motorcycles” 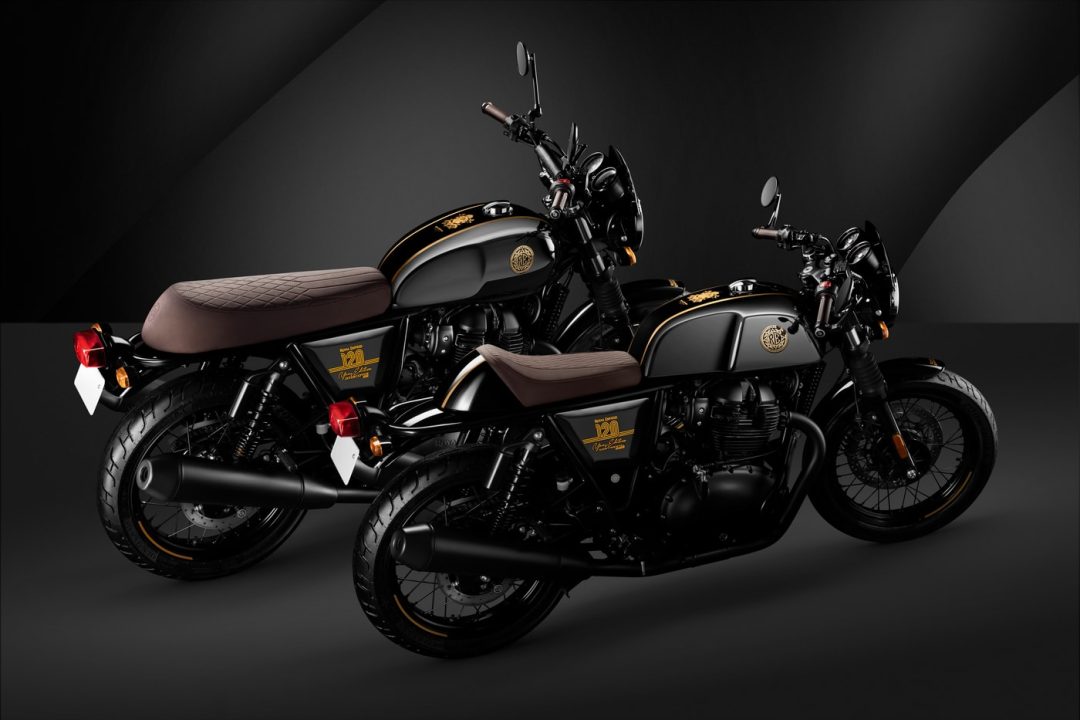 The Chennai-based manufacturer has been gaining tremendous attention in the international markets in recent years courtesy of the 650 Twins. First introduced in late 2018, the Interceptor 650 and Continental GT 650 follow the old school design philosophy with an alluring engine in a no-frills package and compared to their rivals, priced competitively.

The 120th Year Anniversary Edition Interceptor 650 and Continental GT 650 were designed and handcrafted by the brand’s teams across the United Kingdom and India. They get a black-chrome tank colour scheme developed in-house with Royal Enfield’s chroming technology at the original 1950s manufacturing facility in Thiruvottiyur, Chennai, Tamil Nadu. 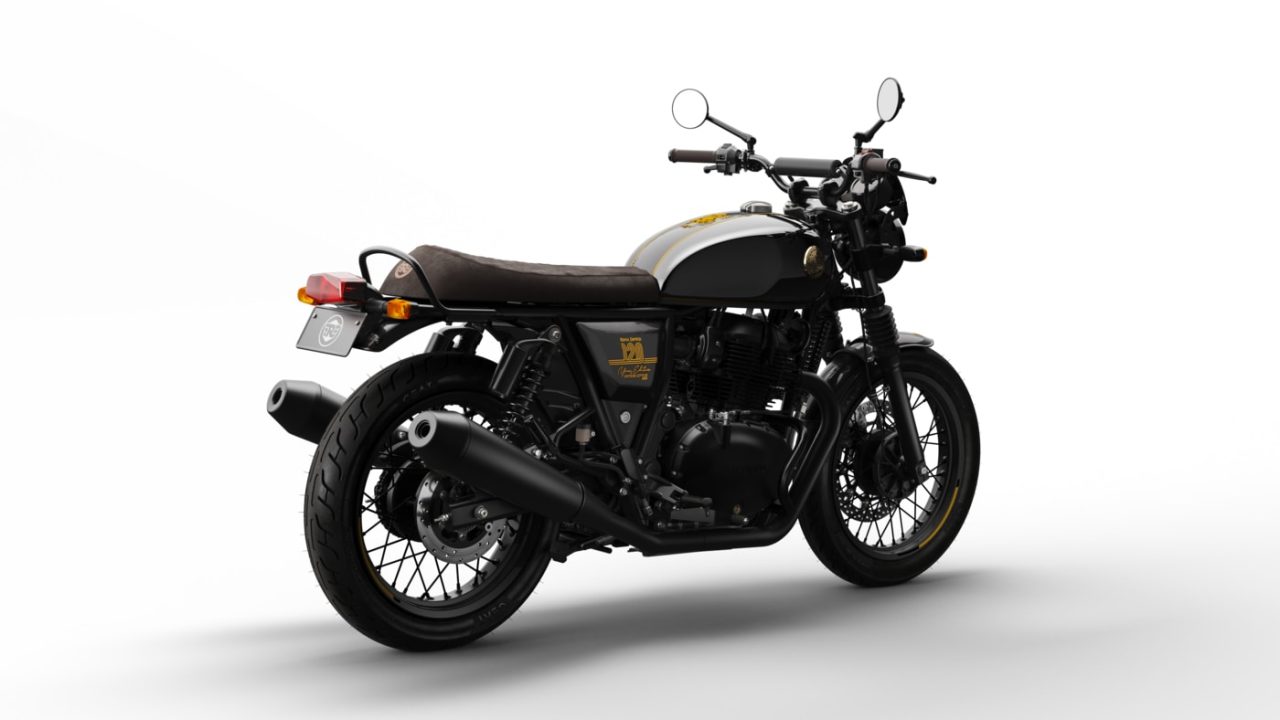 Complementing the black chrome tanks, both the special editions come with a blacked-out engine, silencer and other components in an array of black colour schemes. Other highlights include a range of Genuine Motorcycle Accessories such as the windscreens, engine guards, heel guards, touring and bar end mirrors finished in black colour.

The Royal Enfield 120th Year Anniversary Edition motorcycles also feature a handcrafted, die-cast brass tank badge – made in collaboration with the ‘Sirpi Senthil’ family who are multi-generational artisans from the temple town of Kumbakonam, Tamil Nadu. They also boast of the iconic Royal Enfield hand-painted pinstripes while the tank top badge features the unique serial number of each motorcycle from 1 of 60 in any of the four allotted regions. 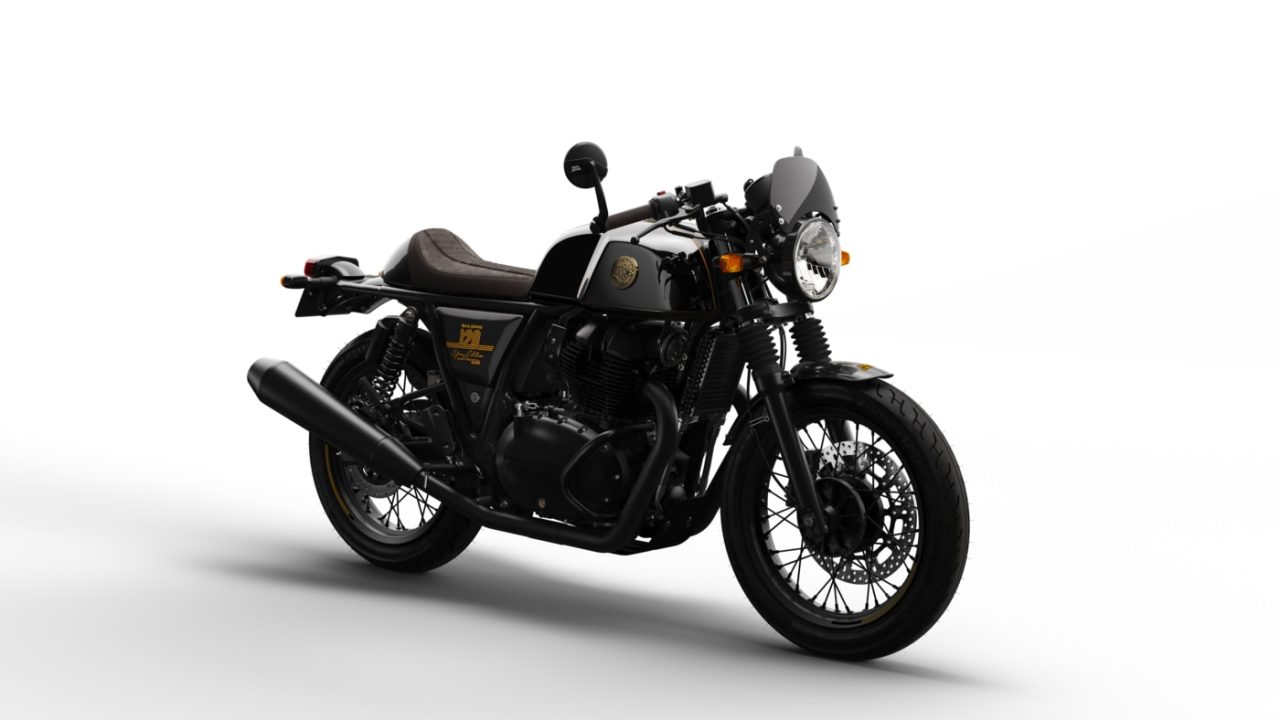 The customers of the special edition also gain a side panel decal (a special ode to Royal Enfield’s 120 years) and it will be made available through online sale on December 6, 2021, as interested buyers can register on the brand’s official website starting from November 24.