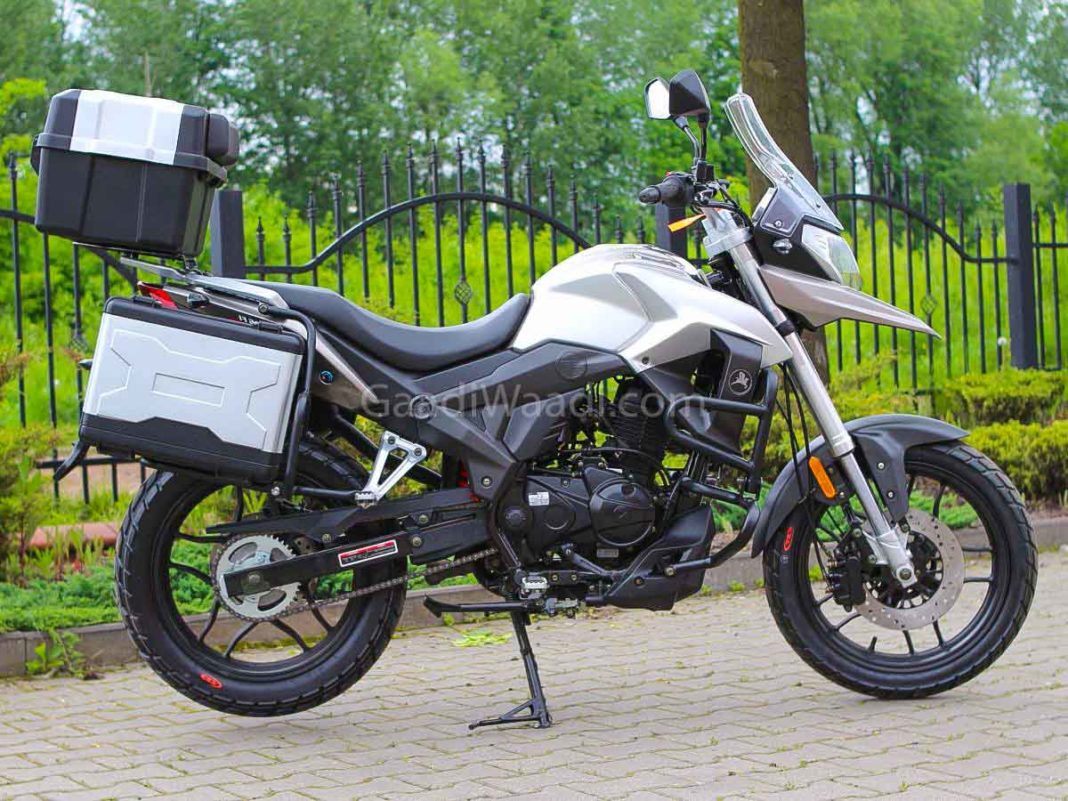 While many have mistaken this motorcycle for a UM adventure tourer initially, the fancy motorcycle which was spotted recently and which managed to catch everyone’s attention is from Polish two-wheeler manufacturer called Romet.

That said, Romet Motorcycles manufacture a wide range of two wheeler products including motorcycles, scooter as well as bicycles for the European as well as global markets. However, they are popular and well known for their smaller displacement motorcycles and scooters ranging in between 50 and 125 cc. 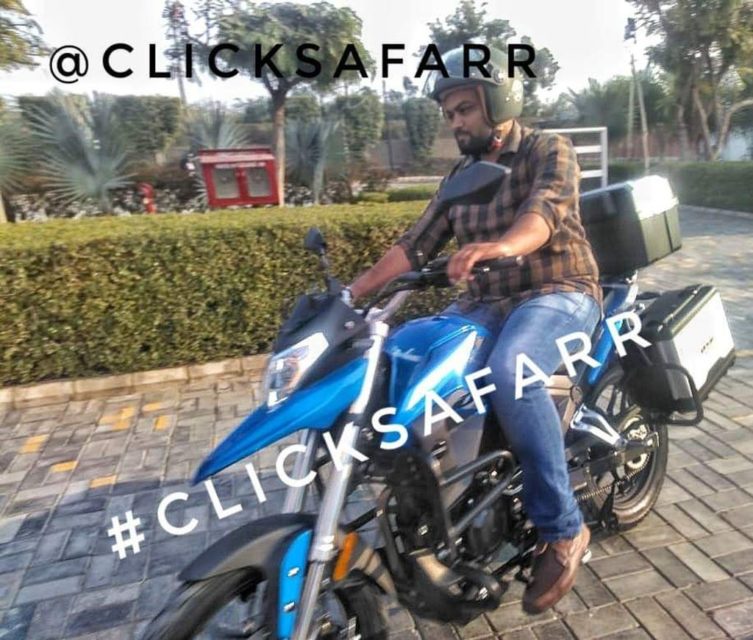 The Romet adventure tourer which was spotted in India is powered by a 125 cc single-cylinder, two-valve engine which produces around 10.5 bhp of peak power at 7,500 rpm and 9.2 Nm of peak torque at 6,500 rpm. The engine is paired to a five-speed gearbox.

The motorcycle is fitted with 17-inch alloy wheels which get wrapped with a 100 and 120 section tyres both at the front and rear respectively. The presence of alloy wheels instead of spoke ones means that this motorcycle is not exactly meant for extreme off-roading. The Adv 125FI Pro uses a USD telescopic front fork and oiled shock absorbers at its rear.

For stopping the motorcycle relies on a 265 mm disc at the front and 240 mm rear disc. CBS comes as standard with the motorcycle as well. Romet has put a lot of effort in making their entry-level Adv 125FI Pro a practical and user-friendly machine and thus it has also fitted an optional saddle stays, panniers and also a top box. 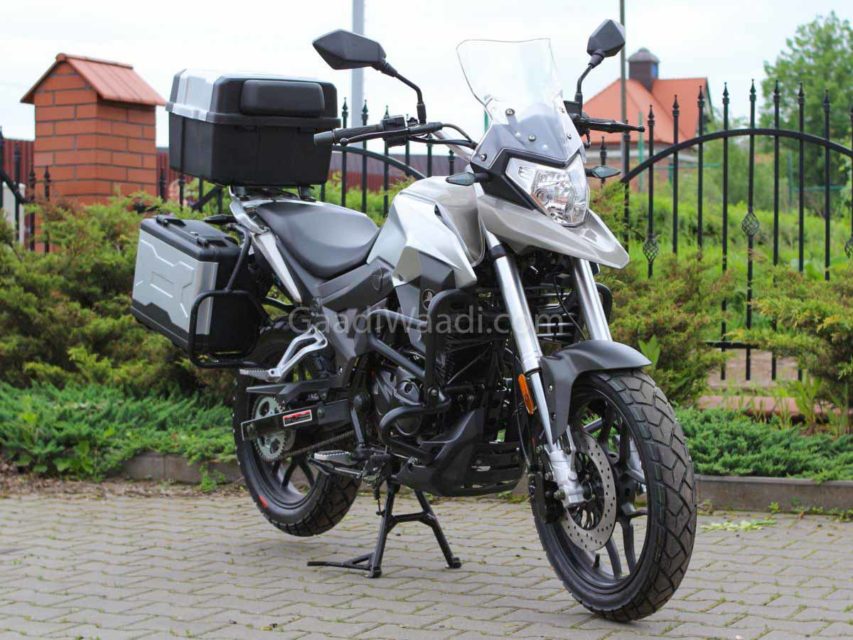 Just like we already mentioned, we are not yet sure at this moment whether Romet has any plans of launching this motorcycle anytime soon or not because the demand for entry level performance oriented motorcycles in India is really scarce. However, they also have an ADV 250 in their lineup which could have a bright future here if they are able to price it aggressively.