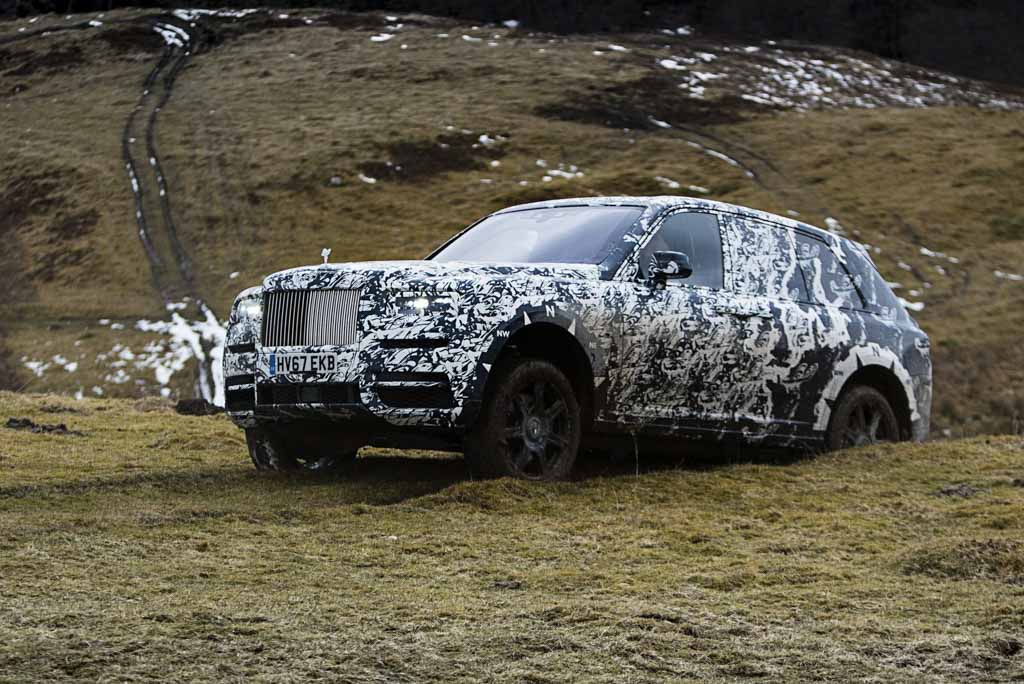 Rolls-Royce Cullian is powered by the same 6.75-litre twin-turbo V12 from Phantom and features elements of top-class luxury

What has claimed to the most luxurious crossover on the planet will be revealed on the 10th of May as Rolls-Royce has confirmed the official arrival of the much-awaited Cullinan. Making its global premiere next Thursday, the British luxury automaker has not revealed any specifics about the new model despite much fanfare.

The Cullinan will undoubtedly go in line with the awe-inspiring Phantom – commonly referred as the most luxurious car ever. The crossover comes equipped with a known front fascia with upright signature grille assembly and sharp headlamp cluster. It also features prominent character lines and a sporty dual exhaust system. 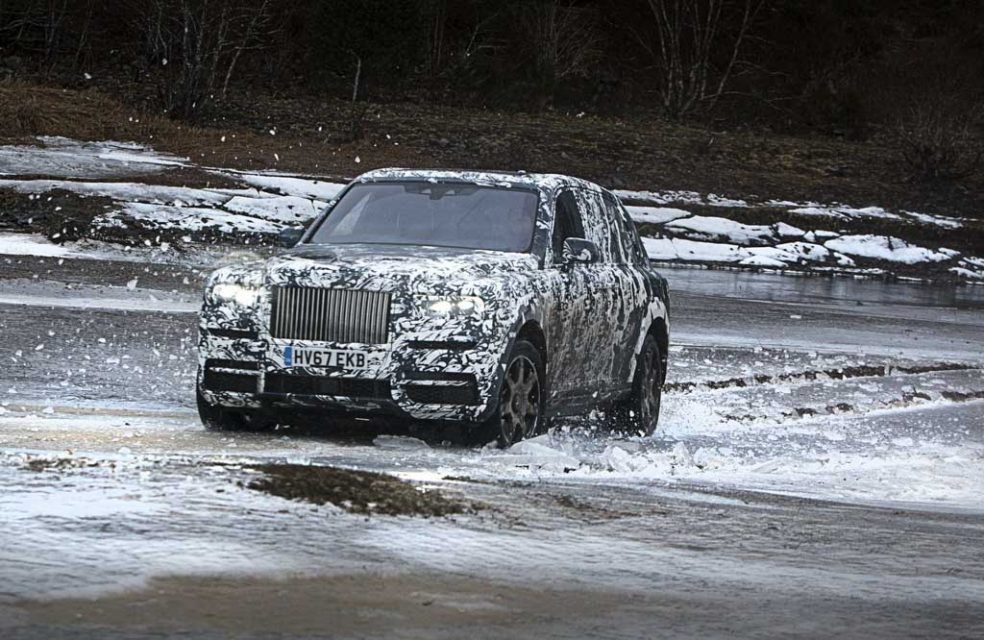 The suicide rear doors are another key factor of the Cullinan’s exterior, topped off by the tail lamps resembling Phantom as well as tailgate mounted spoiler. Despite its rather traditionally body style, the Cullinan has a slew of highly advanced driver assistant and safety technologies to boast about.

The in-car entertainment and convenience factors are expected to be unrivalled as well. The cabin comprises of premium leather upholstery, metallic accents and wooden trims. Meanwhile, the upcoming model also gains unique center console with iDrive like controller and a digital instrument cluster.

Also Read: Rolls-Royce Cullinan SUV To Have “Best Seat In The House”

The ‘Viewing Suite’ allows for owners to push a button that will in turn bring out two leather wrapped chairs and cocktail table automatically from lower portion of the tailgate. The Cullinan is built on aluminium spaceframe platform known as Architecture of Luxury.

Initially debuting on the Phantom, the architecture will underpin the future models of Rolls-Royce. While the engine specifications are yet unconfirmed, it is almost certain of using the 6.75-litre twin turbocharged V12 engine borrowed from the Phantom.

It is good enough to produce a maximum power output of 563 horsepower and 900 Nm of peak torque and is mated to an eight-speed automatic transmission sending power to all the four wheels. The presence of air suspension as in the Phantom cannot be ruled out either.