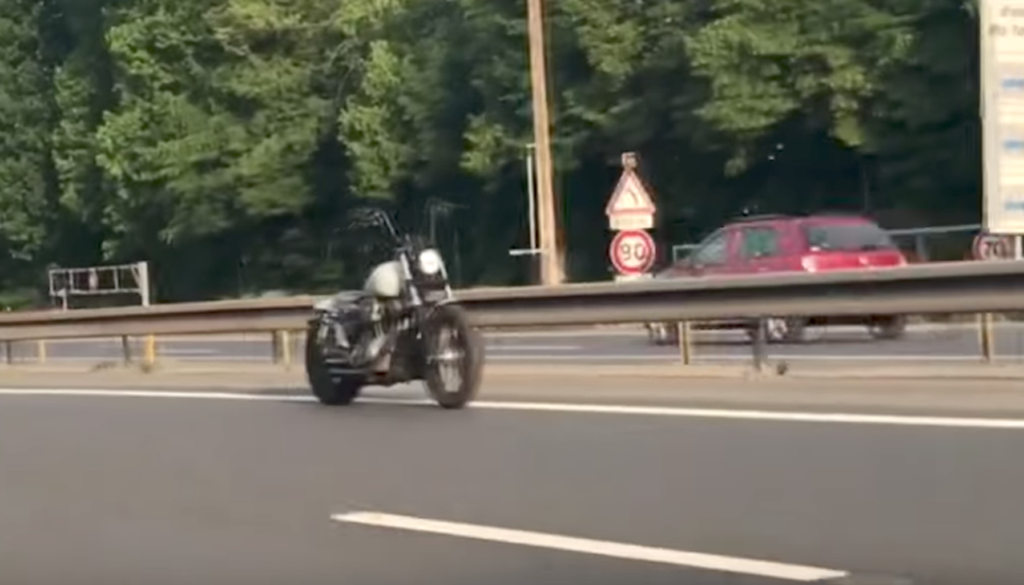 A riderless motorcycle on the A4 motorway in Paris created a buzz about a ghost rider; apparently it was on cruise control

It sparked a speculation of an autonomous motorcycle being tested. But, later it was revealed that the motorcycle was being ridden by a person who was knocked off the bike after it collided with another vehicle. Interestingly, the motorcycle kept running for some time. Such a thing is not impossible as a motorcycle can run without a rider on it if the cruise control is on.

The cruise control with very low centre of gravity could play the miracle. And under such situation a motorcycle can run nearly a kilometer as well. While this incident didn’t involve an autonomous motorcycle, the concept of riderless motorcycles are in research and development phase.

Last year, Denmark based company Nerve unveiled an autonomous street racer that is capable of running at a speed of 300 kmph and it can accelerate 0 – 100 kmph in just 1.5 seconds. What’s more interesting is that this model is powered by an all-electric powertrain. However, the practical applications of such motorcycles are yet to be started.

Japanese two-wheeler giant Honda unveiled an unique motorcycle concept in January this year that is capable of self-balancing. Christened as the Honda Riding Assist Concept, it was showcased at the Consumer Electronics Show (CES) in Las Vegas. To keep it balanced and prevent from falling it uses a technology that adjusts the balance by increasing the fork angle and enhancing the wheelbase as well. Also, it minimizes the centre of gravity that helps the motorcycle to stay balanced without any support.