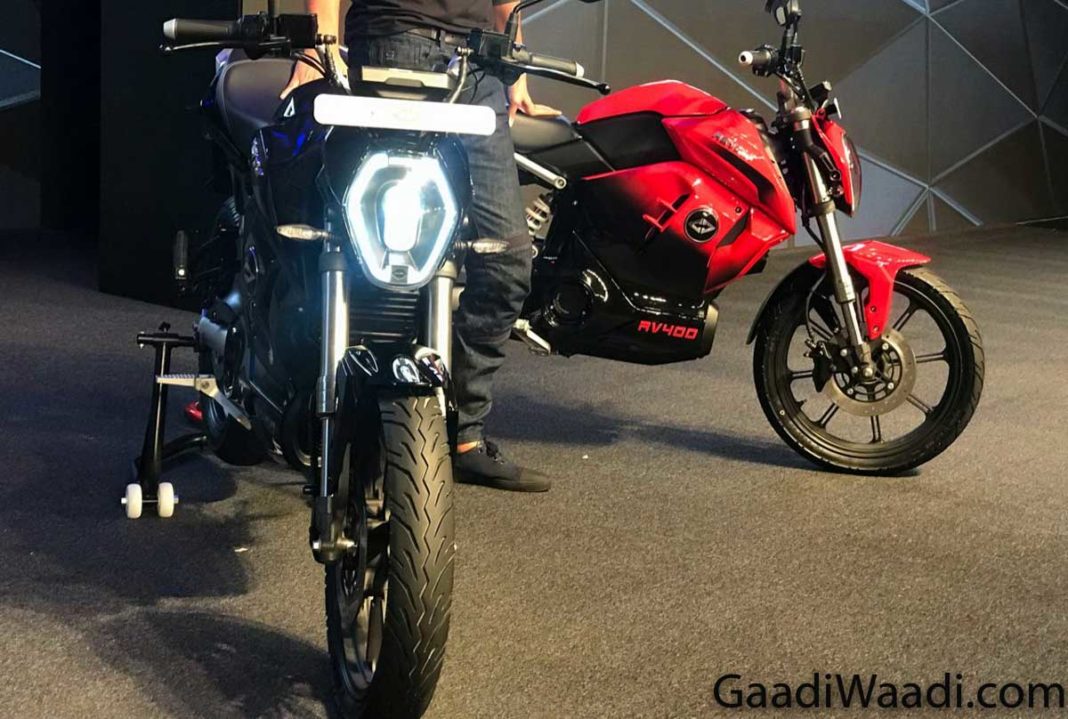 The AI-enabled Revolt RV400 electric motorcycle has ARAI-certified range of 156 km on a single charge; comes with an unlimited battery warranty

Revolt Intellicorp Pvt Ltd revealed the RV400 in June 2019 and it created plenty of buzz and sent shock waves among enthusiasts who have thought the electric mobility solutions are still far away from becoming reality. While the EVs have a long way to go before becoming mainstream and accessible to the general public, start-ups like Revolt do indicate that we are heading in the right direction.

At the helm, Rahul Sharma, the co-founder of Micromax, is aiming to make a strong statement with the Revolt and the RV400 does seem promising by packing advanced technologies. For instance, it boasts smartphone connectivity and Artificial Intelligence enabled system with an embedded 4G LTE SIM card. The first electric motorcycle launched in the country is offered with monthly payment plan starting at Rs. 3,499 per month for 37 months for the base variant while the premium model has it at Rs. 3,999/month for the duration of 37 months.

The RV400 does look conventional in its own right with a naked streetfighter stance at least in India but there are many hidden elements that apparently make it stand out from the crowd. Its resemblance with Super Soco TS1200R cannot be ruled out though. Revolt claims the RV400 has passed through 10.2-degree gradient test and is IP67 certified. ARAI has certified it to have a riding range of 156 km on a single charge using a Li-ion battery pack. 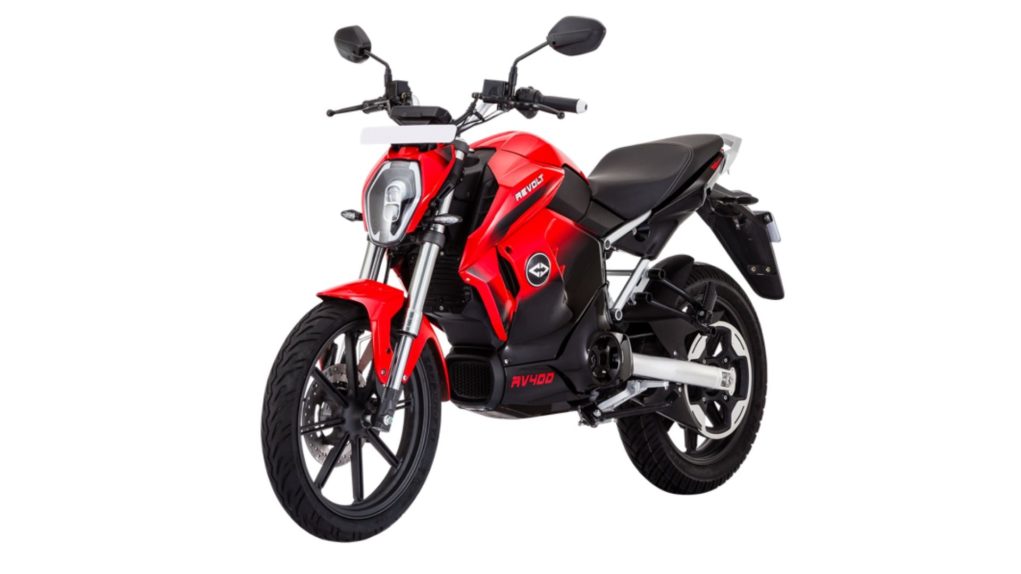 However, understandably, the critical battery-related components are imported. The RV400 is the first AI-enabled bike in the domestic market and it can top out 85 kmph while giving performance similar to a 125 cc motorcycle and the sound note can be manipulated using the given options. 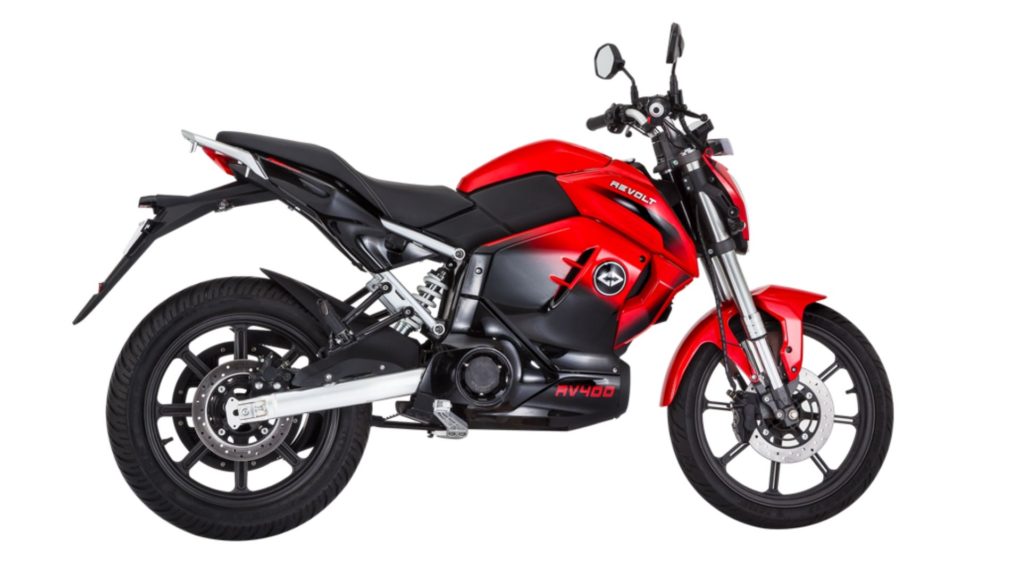 Due to its advanced nature, the RV400 offers geo-fencing, cloud-based services, remote diagnostics and over-the-air updates. The RV400 has the distinct advantage of not having any direct competition. Manufactured at the brand’s facility in Manesar, Haryana that has an initial capacity of producing 1.2 lakh EVs, the RV400 can be paired with Bluetooth of a smartphone through an application and can be cranked up without using a regular key.

The application facilitates vital information like location, tracking and trip details while the estimate range in different riding modes (Eco, Normal and Sport) can also be checked. There are quite a number of methods to charge the RV400. The swappable battery can be ordered and can even be delivered at home. 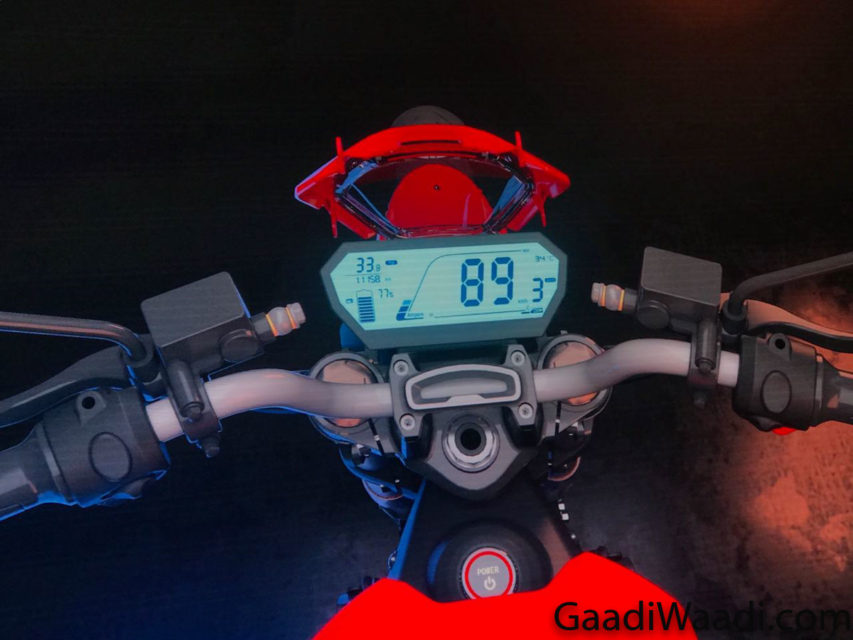 The nearest swapping stations can be found out using the app as well. Using a normal 15 Amp socket, the e-motorcycle can be charged in just four hours. Rebel Red and Cosmic Black colour are the two colour options currently available and it can be ordered in Chennai, Nagpur, Ahmedabad, NCR, Pune, Bengaluru and Hyderabad in the next few months.

The RV400 comes with unlimited battery warranty and there is free tyre replacement (one set in three years). Built on single cradle frame, the RV400 has aluminium swingarm and bolt-on sub-frame while the battery pack is strategically positioned for optimal weight distribution.

Using Google voice recognition, the RV400 can indeed by switched on using voice command. With free registration, zero down payment, claimed zero service cost for three years and insurance covered by Revolt, would you go for the RV400 in a flash or still find the IC-engined motorcycles as worth buying?