In recent years, we have seen many automobile manufacturers bringing back their iconic nameplates and the strategy has certainly worked wonders by turning into good sales numbers by instigating customers’ emotions. Hyundai resurrected the Santro in October 2018 while Maruti Suzuki gave its Baleno moniker a new identity back at the end of October 2015.

Maruti Suzuki’s Baleno has been a household name due to its sedan iteration that was on sale between 1999 and 2007 in India. Sensing the popularity, it is being used in the premium hatchback since late 2015 and the strategy has paid off huge dividends. The Baleno competing against Hyundai Elite i20, Volkswagen Polo and Honda Jazz rose to fame in no time and was the first true success story from Nexa.

The premium hatchback segment saw intense rivalry between Maruti Baleno and Hyundai Elite i20 in the beginning before the Japanese model pulled ahead and started maintaining a firm sales gap. Just last year, Maruti Suzuki retailed 2,10,236 units of the Baleno with a massive 20 per cent YoY growth and it looks set to continue its momentum in 2019 courtesy of a mid-life facelift launched in Feb this year. 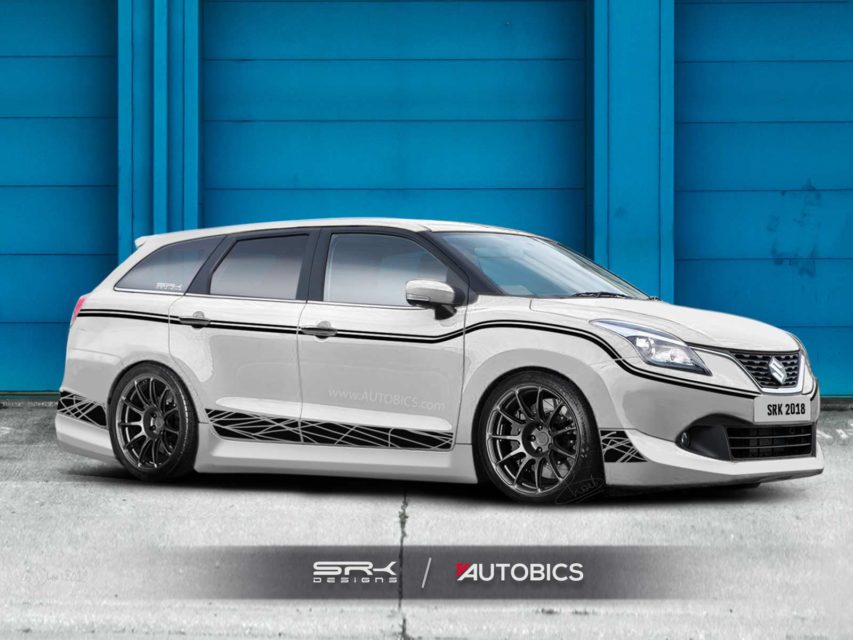 The Baleno can also be credited by being the first vehicle to be exported from India to its home country of Japan. With India buyers accepting two different body styles of Baleno across two different generation gaps, what if more practicality was added to it with more interior space. comfort and family-oriented audience in mind?

Perhaps, this digital rendering indicates just that. Station wagons were never trusted to garner volumes but it did not stop brands from trying them out in the domestic space in the past with modest success. The rendered image showcases the Baleno with an elongated profile while the front fascia stays true to its originality.

Everything changes from the C-pillar as the rear end or perhaps the wheelbase has been stretched to accommodate your typical travel belongings. The imaginative Baleno wagon could be adequate for the big families wanting to have ample bootspace and room for more than five people often. If passenger minivans or stations wagons, in general, arrive at our shores, do they have a definitive future?