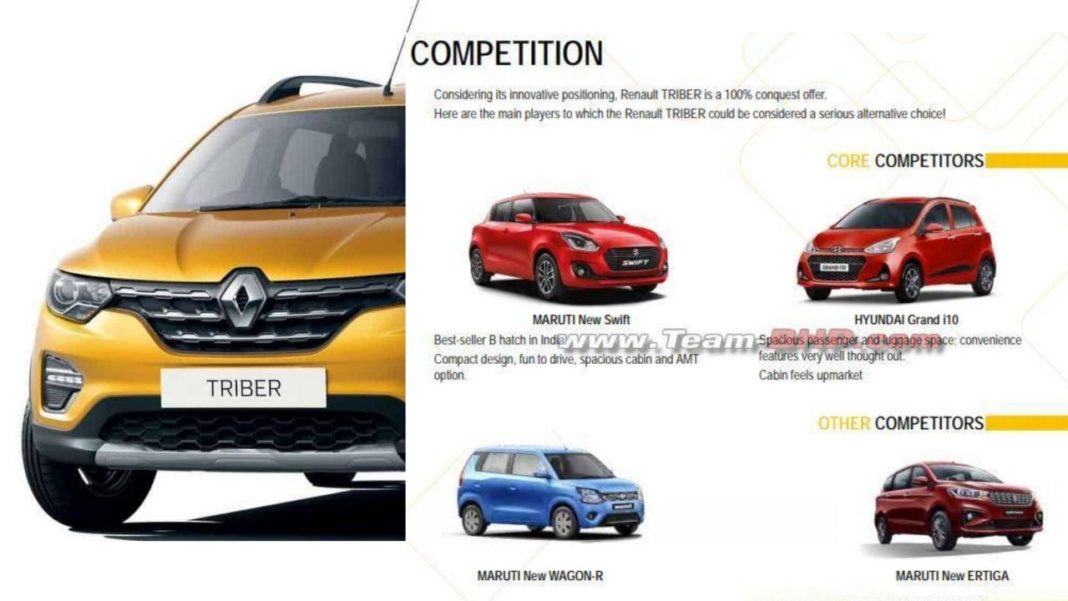 The Triber offers 100 different seat configurations due to the slide, fold recline and tumble functions in the flexible second- and third-row seats. Even the Ertiga sitting higher up the segment does not provide second-row tumble and third-row tumble as well as removable options.

Renault claims best-in-class first-row couple distance, second- and third-row knee room along with third-row height compared to models like Swift and Grand i10. The second-row slide, recline and tumble functions are said to be class-leading as well. The sliding second-row will optimise legroom for second and final rows while the reclining action increases the angle of inclination of the seat back at 42.2 degrees.

The second-row can also be tumbled for better ingress and egress of the third-row passengers. The regular five-seater layout allows for a bootspace of 625 litres while six- and seven-seat configurations enable 320 litres and 87 litres of trunk volume respectively. 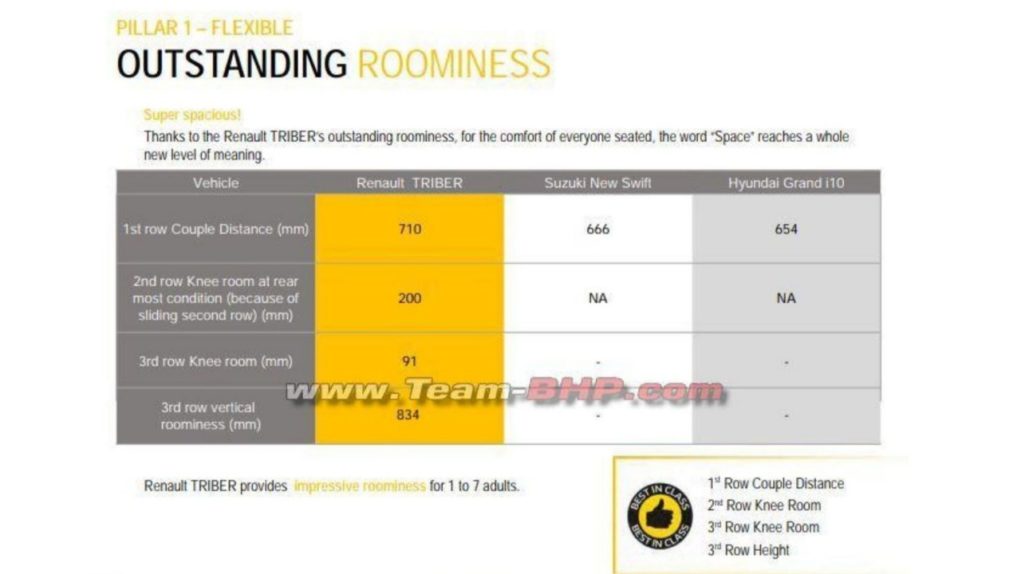 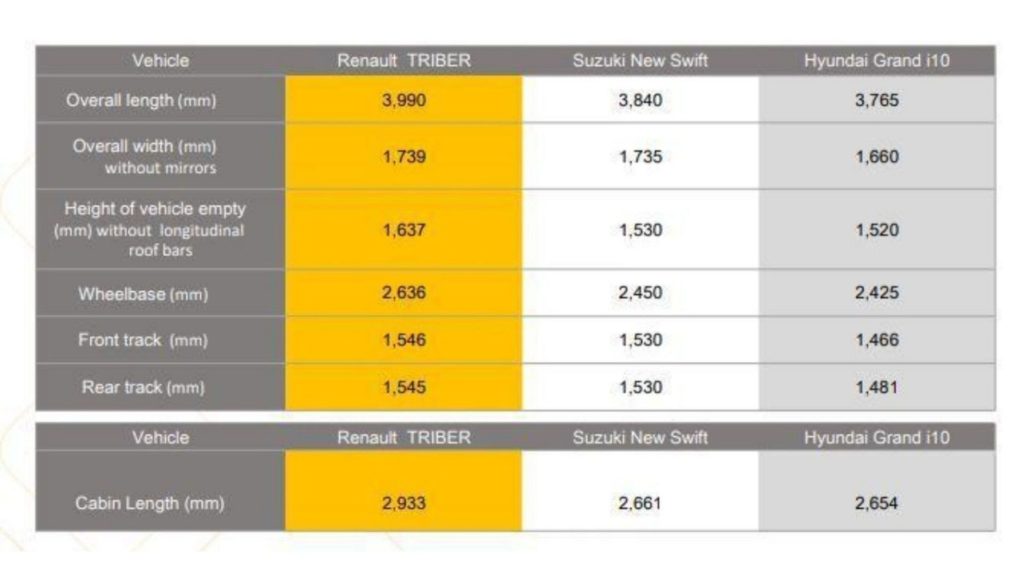 The Triber is primarily targetting B-segment models such as Maruti Suzuki Swift, Hyundai Grand i10 and Maruti Suzuki Wagon R. It will be priced aggressively in the domestic market (Rs. 4.5-7.5 lakh expected) and will sit below the Ertiga. Based on the same CMF-A platform as Kwid with heavy localisation, the Triber measures 3,990 mm in length, 1,739 mm in width and 1,643 mm in height with a wheelbase of 2,636 mm.

It has unladen ground clearance of 182 mm while the fuel tank capacity is rated at 40 litres and the kerb weight stands at 947 kg. It uses a 999 cc three-cylinder dual VVT petrol engine pumping out a maximum power output of 72 PS at 6,250 rpm and 96 Nm of peak torque at 3,500 rpm. 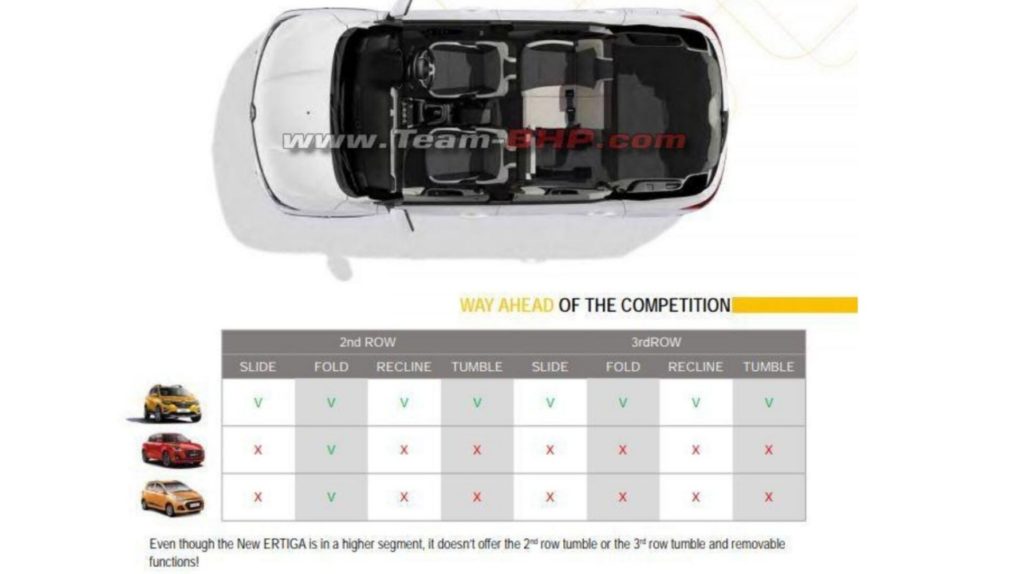