Renault India is all pumped to launch a brand new MPV into the domestic market and it carries plenty of importance as no model is gaining good volume other than the Kwid. In recent times, due to the rising competition, the Kwid could not replicate its previous consistency as well putting more pressure on the upcoming MPV.

Just a while ago, Renault unveiled the production name of the MPV. Christened as Triber, the French manufacturer has plenty of hopes with it and it will be positioned below the underwhelming Lodgy. There is no doubt that Renault will be pricing the Triber aggressively and it looks to have a competitive advantage over rivals.

The Triber is based on the updated version of the CMF-A platform that also underpins the Kwid. The architecture has heavily been localised over the years and it will help in Renault competitively pricing the MPV. While the teaser sketches and test mules spotted on Indian roads have revealed pretty much everything we need to know about the exterior. 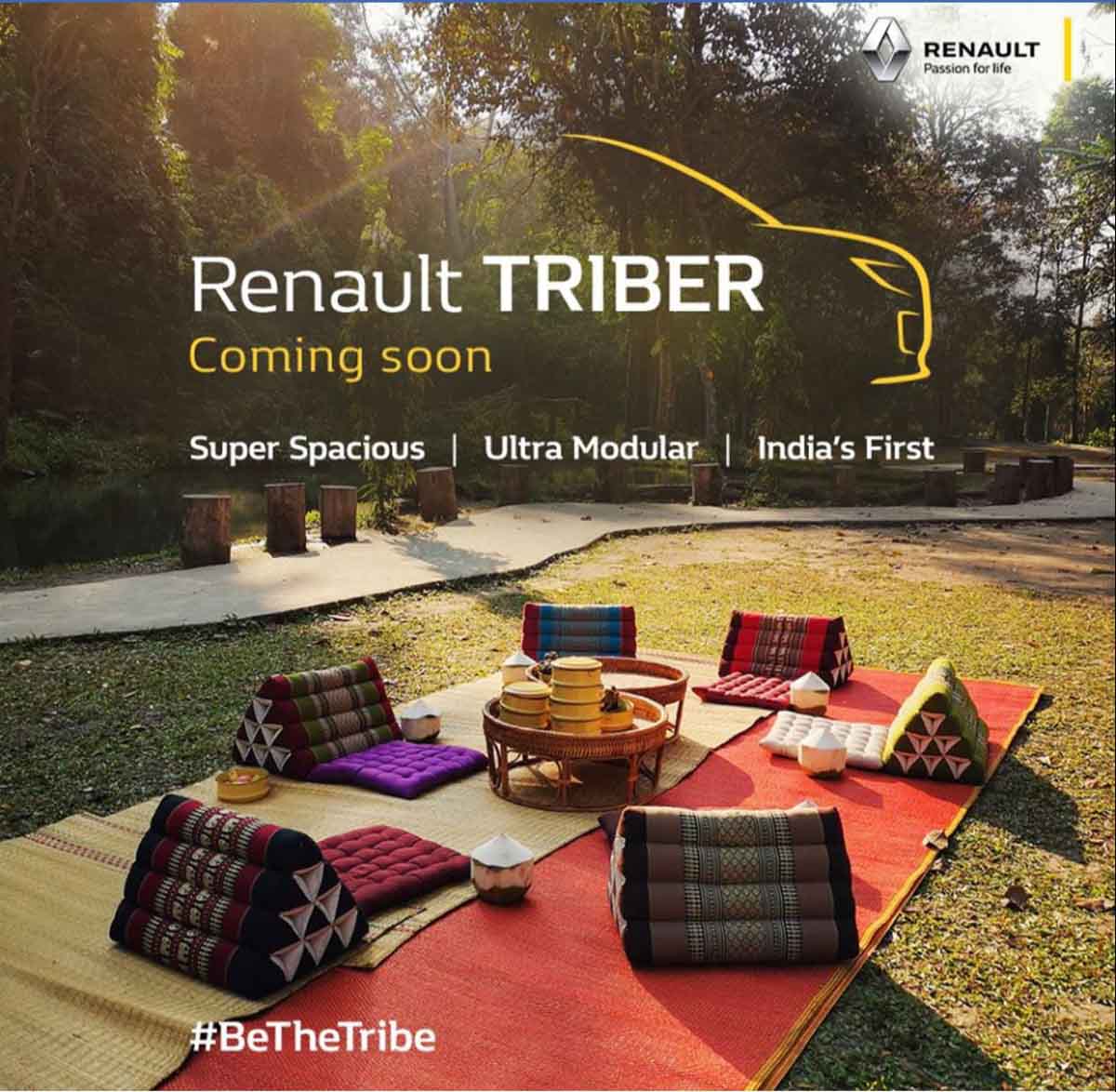 Reports suggest the presence of removable third-row seating arrangement in the Triber but the teaser images do indicate that it will likely be a six seater. The Triber is claimed to be “ultra modular” by Renault and “super spacious”. Thus, we expect Renault to offer with a six-seat layout as well. The people hauler derives power from an upgraded version of the Kwid’s 1.0-litre petrol engine.

The powertrain is said to produce 7 horsepower more on the Triber compared to the Kwid and expect the torque figure to be pumped up a little as well. It will be offered with five-speed manual transmission as standard while a five-speed AMT will be optional.

With the price range of around Rs. 5.5 lakh to Rs. 8 lakh (ex-showroom), the Triber will more likely undercut Maruti Suzuki Ertiga. The top-end variants are expected to come feature loaded with the presence of touchscreen infotainment system with Apple CarPlay and Android Auto connectivity, reverse parking camera and a slew of standard safety features.