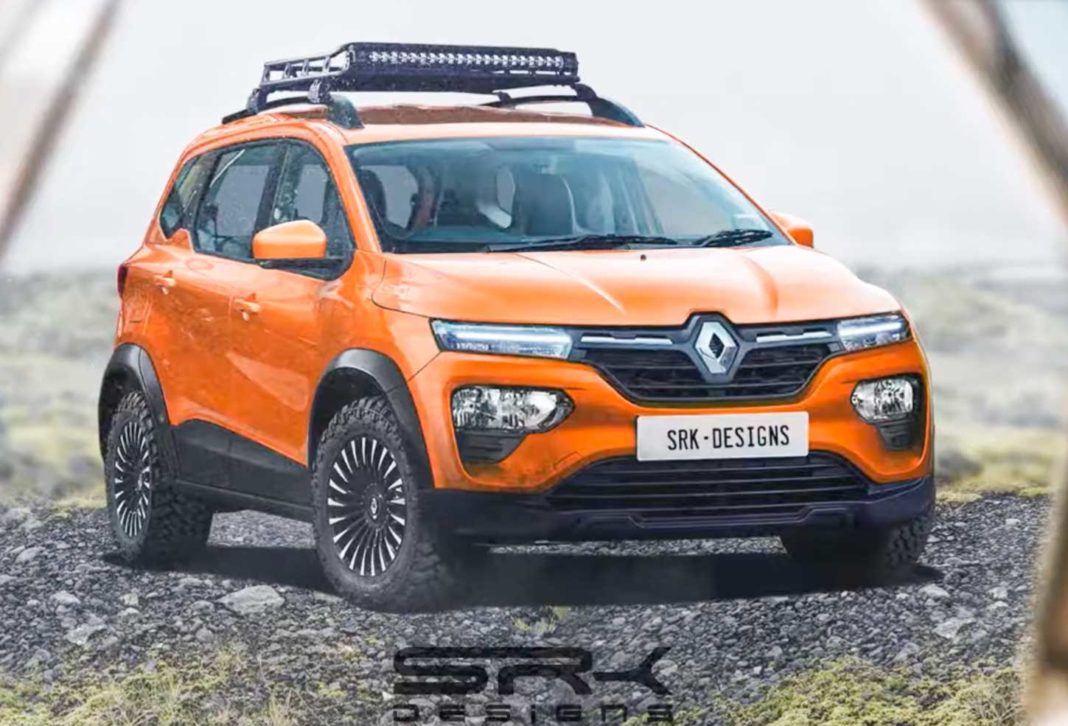 The Triber sub-4m MPV/hatchback drastically improved Renault’s position in the Indian market upon its arrival last year, and the car has gone on to become one of the highest-selling cars from the French carmaker’s house in India. The Triber comes with a modular seating layout that can convert it from a seven-seat MPV to a five-seat hatchback.

But is expecting it to become a bold and rugged car a little too much? In real life, certainly. However, this rendering created by SRK Designs begs to differ. Known as the Renault Triber Adventure Edition, this rendering shows us what the car could look like if Renault were to introduce a sportier and rugged version.

The rendering shows that the Triber’s conventional headlamps have been replaced with a two-piece headlamp setup, which looks similar to the Kwid. The sloping bonnet has also been made flatter, which make it look more aggressive when viewed from the front. A large air dam can also be seen at the front, along with plastic cladding.

The cladding has been carried over to the sides as well, while the wheel arches look more pronounced now. Additionally, a roof rack has been mounted on the top of the car, attached to its roof rails, and the rack also houses LED spotlights. However, the multi-spoke alloy wheels wrapped in offroad-specific tyres draw the most focus of attention.

As of now, Renault offers the Triber in India with a sole 1.0-litre three-cylinder naturally aspirated petrol engine, that belts out 72 PS of maximum power and 96 Nm peak torque. The engine comes mated to a 5-speed manual transmission, while an optional automatic gearbox is also on offer.