Renault Triber based on Kwid’s CMF-A platform will go on sale in July; to be powered by 1.0-litre petrol engine

Renault India does not have a wide portfolio of vehicles covering all the volume-bearing segments. Thus, expanding its footprint is vital in achieving its target of reaching two lakh unit sales and five per cent market share by 2022. The French manufacturer was riding high on the success of the Kwid and it went on sale in September 2015.

Despite garnering strong sales, the Kwid’s popularity eventually started fading away and currently it does not muster as much monthly volume as it used to in recent past. This puts the upcoming Triber right on the spotlight as the Captur endured underwhelming sales.

In its first full year of production in 2020, Renault is reportedly targetting more than 60,000 units annually with the Triber in its initial phase. The MPV’s name was officially revealed a few weeks ago and Renault has begun the teaser campaign leading up to the launch in July. 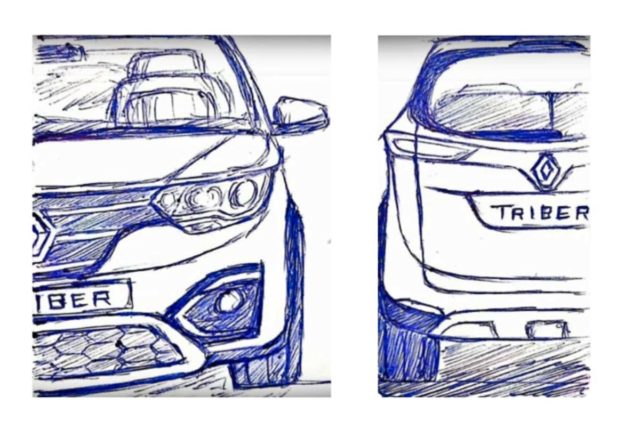 The Triber will sit below the Lodgy and it will more likely undercut Maruti Suzuki Ertiga in pricing as it based on the updated version of CMF-A architecture that underpins the Kwid. The platform will also be used on the upcoming HBC sub-four-metre SUV rivalling Maruti Suzuki Vitara Brezza and the subcompact sedan codenamed LBA.

The MPV is expected to be priced between Rs. 5.5 lakh and Rs. 8 lakh (ex-showroom) and will be powered by a 1.0-litre three-cylinder petrol engine found in the Kwid. It is slightly uprated to produce seven more horses than in the hatchback initially while a turbocharged version will be introduced following the implementation of BSVI regulations in April 2020.

Both five-speed manual and five-speed AMT transmissions will be offered. It will have standard safety features like driver airbag, ABS with EBD, reverse parking sensor, front seatbelt reminder, speed warning function and so on. The top-end variants will get a touchscreen infotainment system with Apple CarPlay and Android Auto, reverse parking camera, multi-functional steering wheel, etc.