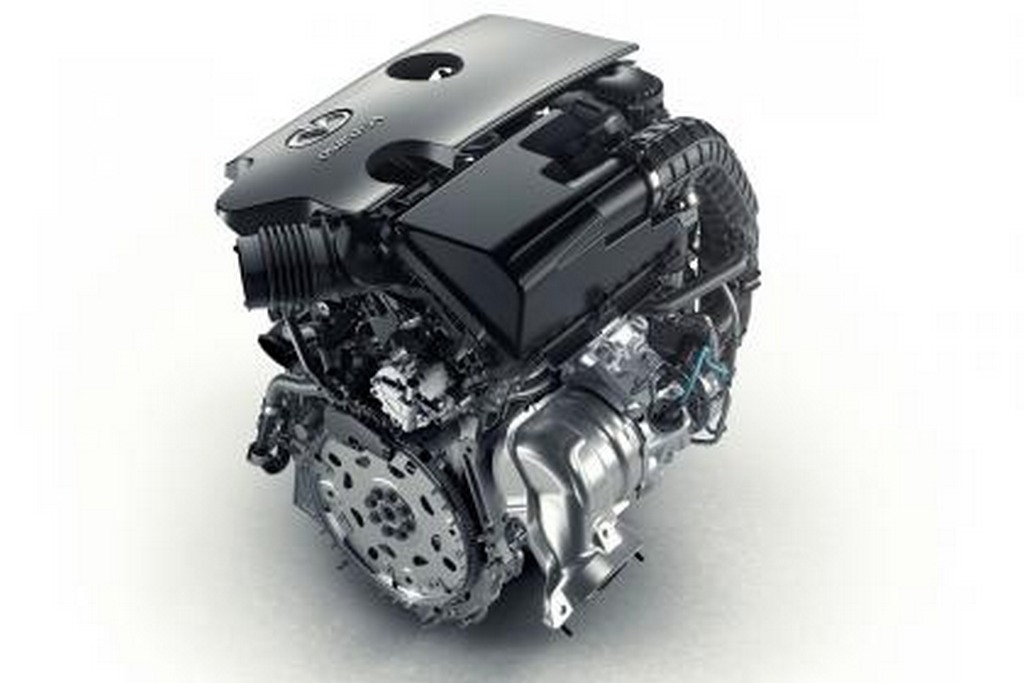 The variable compression petrol engine is claimed to be as fuel efficient as 2.0-litre diesel with power output as high as 3.5-litre V6 motor

Renault-Nissan alliance will be launching the world’s first petrol engine with variable compression ratios in a production car as it is claimed to make the diesel mills redundant. Developed completely in-house, Infiniti started working on the project two decades ago and it followed the aborted plan on account of cost by the now defunct Saab brand. The revolutionary 2.0-litre VC-T turbo petrol motor is said to provide the high-performance of a V6 engine while not compromising the fuel efficiency.

Hailed as the ‘most advanced internal combustion engine ever created’, it will be revealed at the upcoming Paris Motor Show at the end of September. Nissan’s luxury sub-brand Infiniti will be the first automaker to receive the new engine as plans are put in place to replace the 3.5-litre V6 petrol across the entire range with the all-new advanced four-cylinder unit. The first model to be benefitted by the new tech is the QX50 SUV which was previewed through QX Sport Inspiration at the Beijing Motor Show. It will be up for grabs in international markets in 2018 and the VC-T is expected to find its way into Renault and Nisan vehicles as well like the new generation Kadjar and Qashqai.

Also Read: Tata Tiago Sport is in Works; will Boast a 120 bhp Engine 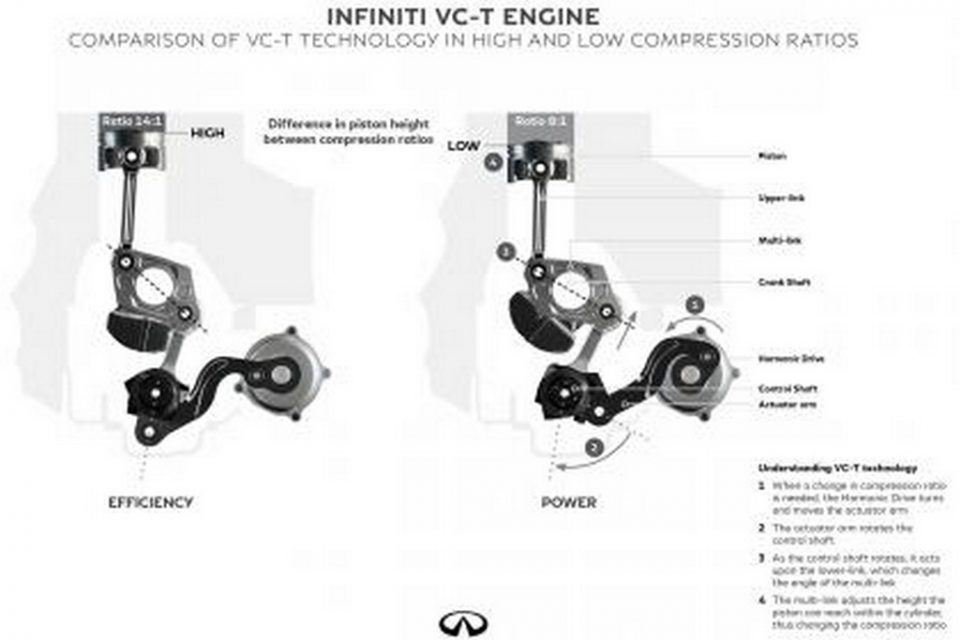 The VC-T technology operates by altering the volume of combustion changer between the top and bottom section of the piston and thus called as Variable Compression. The compression ratios differ by a large amount from 8:1 to 14:1. As you may know, engines will be specifically tuned for low compression ratio to deliver high performance numbers while a high compression ratio means the fuel economy will be enhanced.

The VC-T is sort of best of both worlds as the volume is change through a new multi-link mechanism and control arm amidst the engine applying automatically the optimum ratio based on driving conditions. Infiniti boasts a maximum power output of 270 bhp and 390 Nm of peak torque with the lowest compression ratio. While on the higher side, the petrol engine will be frugal by around 27 percent compared to the 3.5-litre V6 it replaces and 10 percent better than the 2.0-litre petrol rivals from other brands.

The advantages over the equally displacing 2.0-litre diesel counterpart are that it’s 10 percent increase in performance at similar fuel consumption, cheaper to make and lighter according to Infiniti. For maximum efficiency, the CV-T should be combined with CVT automatic transmission and in addition the transversely mounted engine can be equipped in hybrid models says the Japanese company which aims to use Eco and Sport modes to help driver determine the usage of the technology.