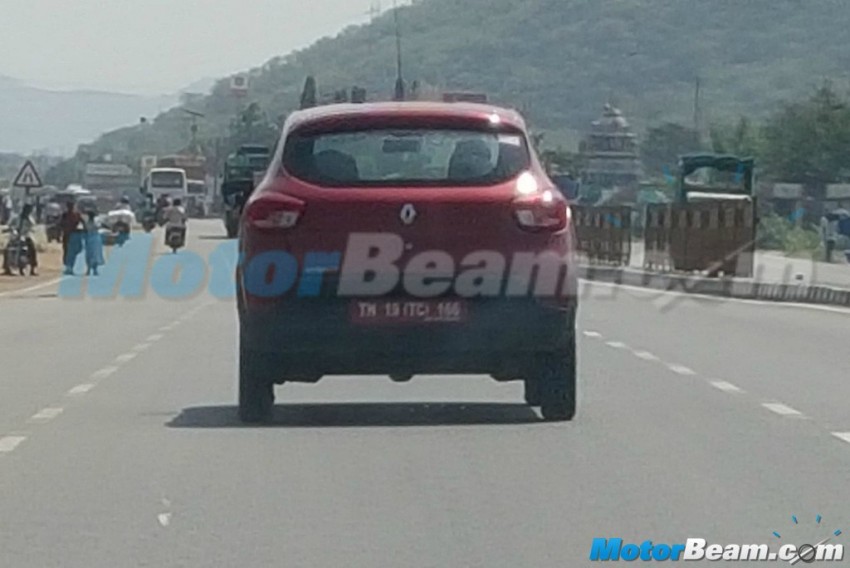 After the grand global unveiling of the Renault Kwid in India, Renault has been in the spotlight ever since. The Renault Lodgy turned out to be something interesting and the new Stepway variant has also made its way to offer even more. However, the Kwid is the latest K(w)id on the block and is being talked about. After being spotted testing for a really long time camouflaged, this time it has been caught do runs in all its glory.

When it comes to mechanicals, the engine option is the 800cc petrol engine which produces 57 BHP and paired with a 5-speed manual gearbox. An AMT gearbox could make its way later, after the launch the Renault Kwid to aid convince to urban buyers at affordable pricing. The car has the rugged look with black cladding all around the ground clearance is also on the higher side. The front profile reminds you of the new Lodgy but toned down manner. Front bumper is muscular, but the same cannot be said about the rear.

Interior is the highlight of the car as it is all set to offer class leading features in it such as USB, Aux, Bluetooth with a touch screen unit most probably on the top-end variant of the Renault Kwid. The steering wheel is also lifted from the Duster and you get a digital instrumentation right up front which adds to the cool quotient of the car. 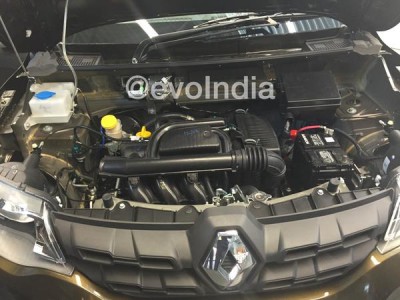 The news is that Ranbir Kapoor will be the brand Ambassador of the Renault Kwid and help the car achieve sales and fame that it deserves. Ranbir Kapoor was last seen couple of years back with Renault’s partner Nissan to push the Micra but that did not quite well. Sushant Singh Rajput endorses Nissan hence the exchange deal is being successful one.

Renault Kwid is all set to be something different than the usual normal cars is set to give a tough fight to the competition as the competitors are said to be awe after looking at Renault’s new K(w)id. The crossover-ish hatchback is all set to rival Maruti Alto and Hyundai Eon as other manufacturers don’t exist in this category except for partner, Nissan.