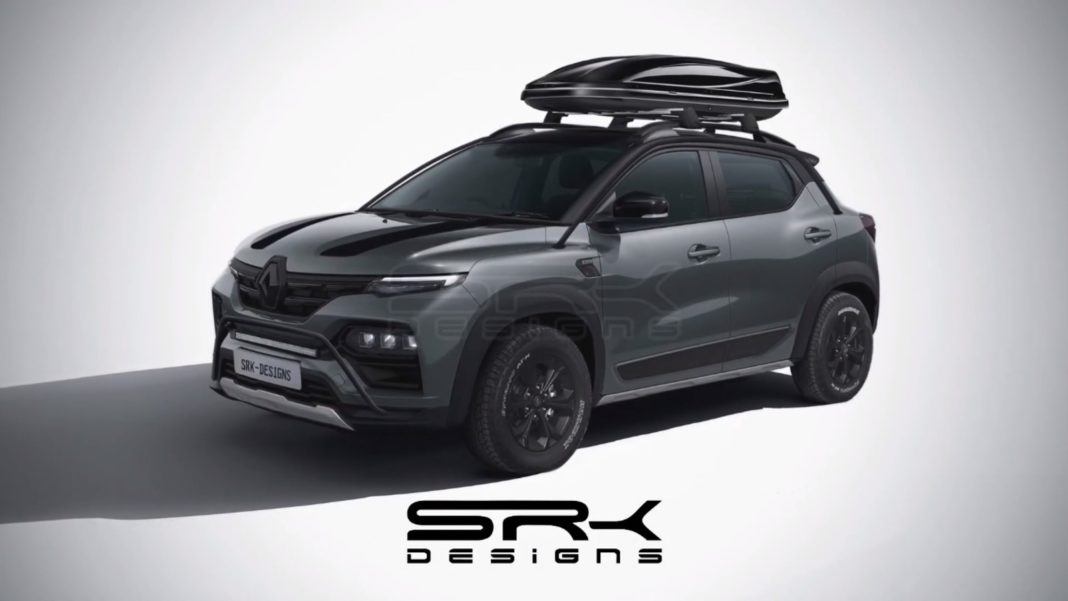 Check out this digitally modified Renault Kiger, named ‘Adventure Edition’, which looks like it’s ready to explore the wilderness

Renault Kiger was launched in the Indian market just last month, and its popularity seems to already be soaring. Due to high demand, the waiting period for the Kiger is currently as high as 10 weeks, depending on the colour and variant! The little Renault SUV is quite a handsome vehicle, although there are many who believe that there is some room for improvement.

Digital artist Shoeb R Kalania thought the same, and set to work creating an off-road version of the Renault Kiger. Dubbed the ‘Adventure Edition’, this digitally modified Kiger features new blacked-out alloy wheels, with different tyres as well. The roof rails have also been painted black now, and a cargo box has been mounted on top of them.

The front bumper gets a bull bar as well as a bash plate, and we also see a bash plate on the side of the car. The SUV gets a metal railing on either side, running alongside the A-pillar, the roof, and the C-pillar, with a single bar joining them near the base of the windshield. This acts as a light-duty external roll cage, which is useful when trailblazing.

An auxiliary LED light bar is added on the front bumper, and the Renault logo on the nose and front grille have been blacked-out. The vehicle also gets a custom grey paint job, with black stripes on the bonnet. The overall design of the Renault Kiger Adventure Edition is quite impressive, and we wish there was a real-life version available as well. 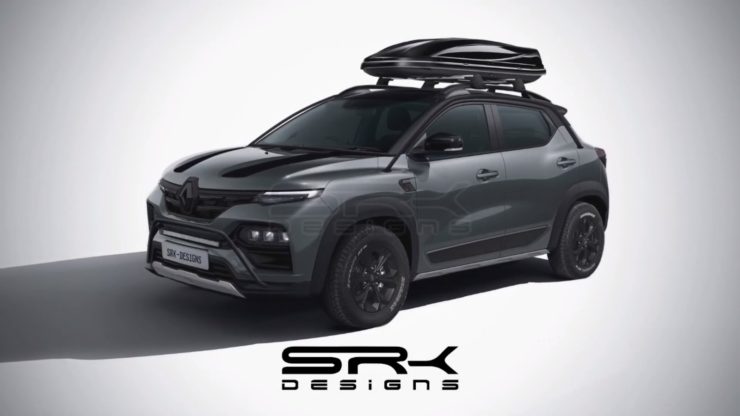 The second engine option is a 1.0-litre, turbocharged, inline-3 petrol engine, with 100 PS and 160 Nm (152 Nm with CVT) on tap. It can be had with either a 5-speed manual gearbox or a CVT. The Renault Kiger is currently priced from Rs. 5.45 lakh to 9.72 lakh (ex-showroom, New Delhi), and competes with the likes of Maruti Vitara Brezza, Kia Sonet, Nissan Magnite, etc.