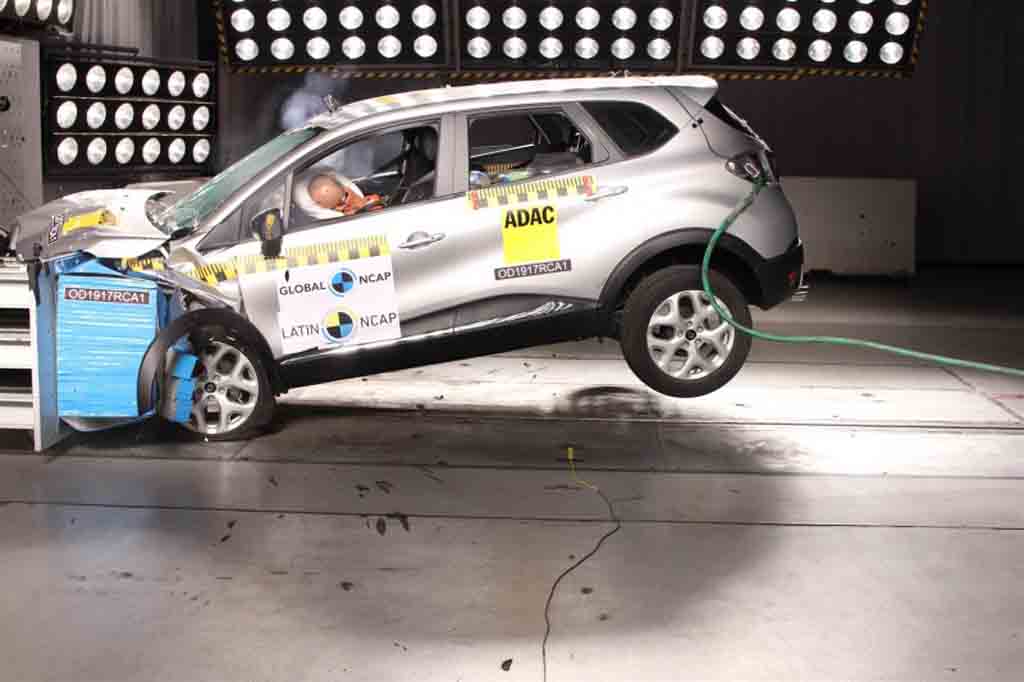 Renault is expected to launch the Kaptur in India later this year; will be the brand’s next flagship model here

The particular Renault Kaptur crossover tested by Latin NCAP was equipped with safety features like four airbags, seatbelt with pre-tensioners, electronic stability control, ISOFIX system for child seats. The test result shows the car offers good amount of protection for the passenger’s chest, but the driver chest protection is marginal. Both the driver and passenger get generous protection for head and neck.

Knee protection for the occupants is adequate. The passenger compartment is also pretty stable after the impact ensuring grater safety for the occupants inside. The crossover is based on the Renault-Nissan alliance developed M0 platform that offers rigidity and lightness at the same time. Expect the India-spec model to be equipped with impressive safety features as this is going to be the next flagship model from the brand in the country.

The French automaker is currently testing the crossover in the country. The India-spec model comes balancing the style, features and cost as well. It takes design inspiration from the small crossover Captur. Designed for the emerging markets like India, Brazil this could play crucial role for the French brand’s growth here. 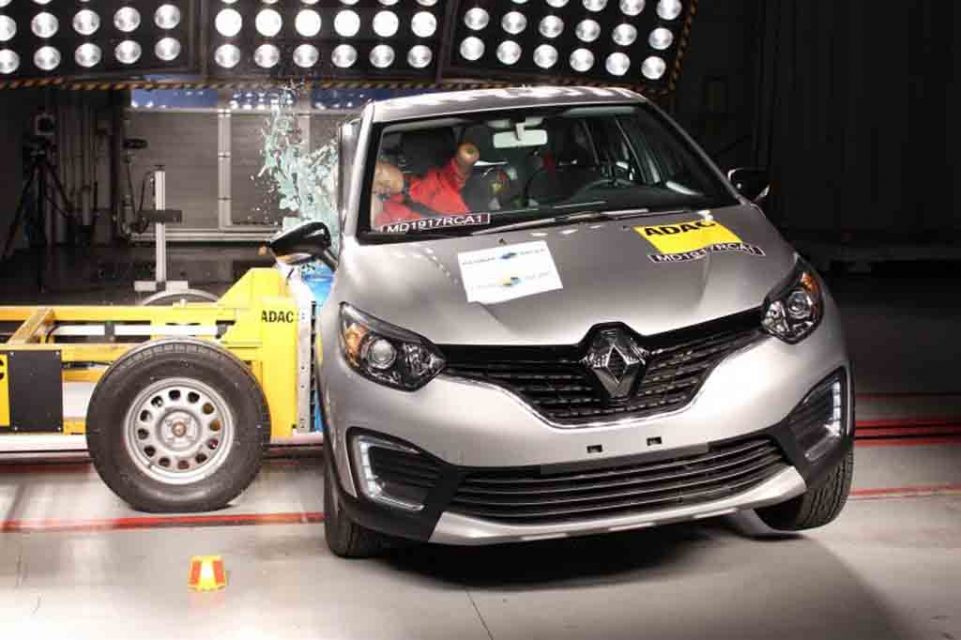 The India-spec model could share the engine with Renault Duster, another popular offering from the brand. It will sport both 5-speed and 6-speed manual gearboxes along with a 6-speed Easy-R AMT gearbox. Expect the car to be priced at around Rs. 16 lakh and upon arrival, it will lock horns with rival like Mahindra XUV500.