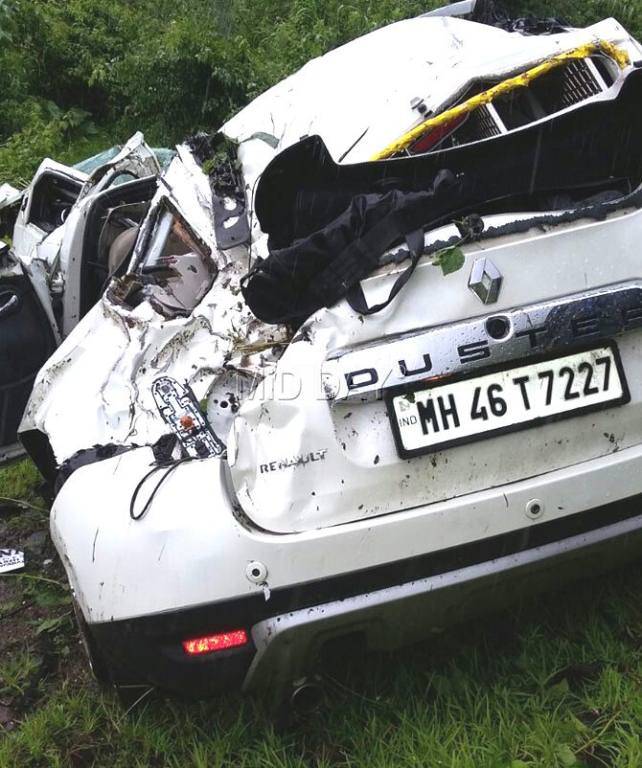 In what seems to be disastrous series of crash that seem to happen on one of the most best roads to travel is truly shocking. Few weeks back the Mumbai Pune Expressway took life of more than two people in a landslide just before the Adoshi tunnel. In which a guy who was trying to help was moved down by a speeding car who didn’t see the person. Few months back the same landslide happened at the same spot ,but no one was injured.

This time the case is different and it’s because of the Mumbai Pune Expressway weather condition, which may look beautiful to holiday goers, but is equally scary at the same time. 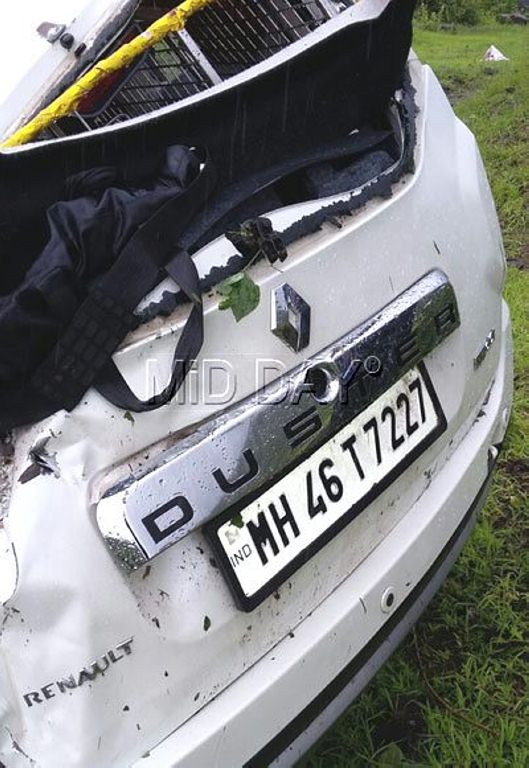 The fog and rain hamper your visibility by a huge margin at times and it feels like the world is coming to an end as it rains very heavily on expressway during monsoons. The concrete tarmac isn’t much to help because it does not allow the same grip as tar roads do. A Renault Duster was crushed like a soda can when it feel down a quarry just 10 feet after it clipped the divider. Four people onboard weren’t lucky either. Two Mumbai cops are dead while one passenger is critical at Nigdi Hospital and the other Driver survived with minor injuries. This could be one of the reasons why yesterday night the Mumbai-Pune Expressway was jammed.

As we can see in the pictures the car simply crushed beyond recognition as it fell down on its face. We think the two cops that were deceased were in the back seat and likely without any seat belts lost their lives on the spot. The front passenger and driver made it because of airbags. This also shows how the rest of the car seems and in passengers in the back couldn’t make it alive because of poor structural integrity. We think its time safety laws become more strict and safety should be paramount importance even before reliability as a priority for both manufactures and consumers.