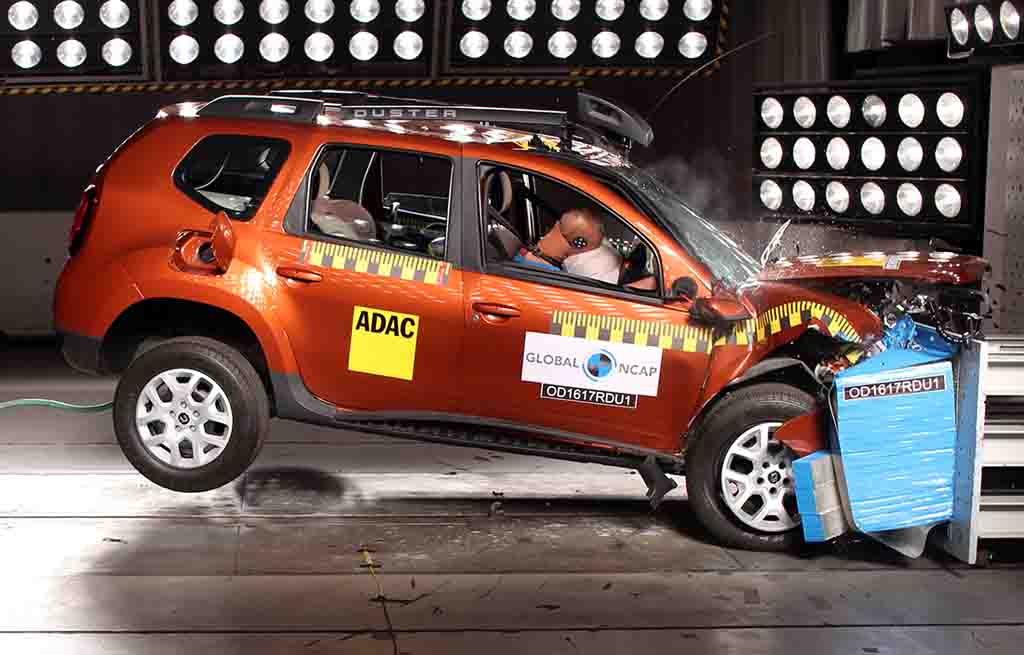 Renault Duster is certainly one of the most popular and bestselling products from the French automaker, but this SUV has earned zero star safety rating in the Global NCAP crash test under the #SaferCarsForIndia program. The Global NCAP tested the Duster STD model first that doesn’t have any airbag.

Later Renault asked the agency to test the car with a higher grade equipped with single airbag and this time Duster scored 3 star safety rating. The crash tests revealed that due to the lack of airbag, driver and front passenger are prone to unacceptably high level of injury. However, this same model scored 2 star safety rating for child occupant protection.

Interestingly, Renault Duster with single airbag was tested by Latin NCAP in 2015 and it scored 4 stars safety rating. The fact is that, the India-spec model comes with a smaller airbag than the Latin American model and this way, the Latin model is much safer than the India-spec Duster. Global NCAP has advised the French car manufacturer to equip the Duster with bigger airbag.

Size of the airbag matters significantly as a smaller airbag can lead the driver to fatal head injury as his or her head doesn’t contact the centre of the airbag. This way, driver becomes more vulnerable towards fatal head injury as it hits the steering wheel during impact. The Latin American model comes with such big airbag that protects not only driver’s head, but chest also.

In wake of Duster’s crash test result, Renault India has issued a statement saying that it gives passenger safety immense importance. The company also says that it is ready to meet the new safety regulation about to be implemented in India. Earlier, Renault popular small hatchback Kwid was also criticised by Global NCAP for not being a safe car as it scored zero star rating in Global NCAP crash test.