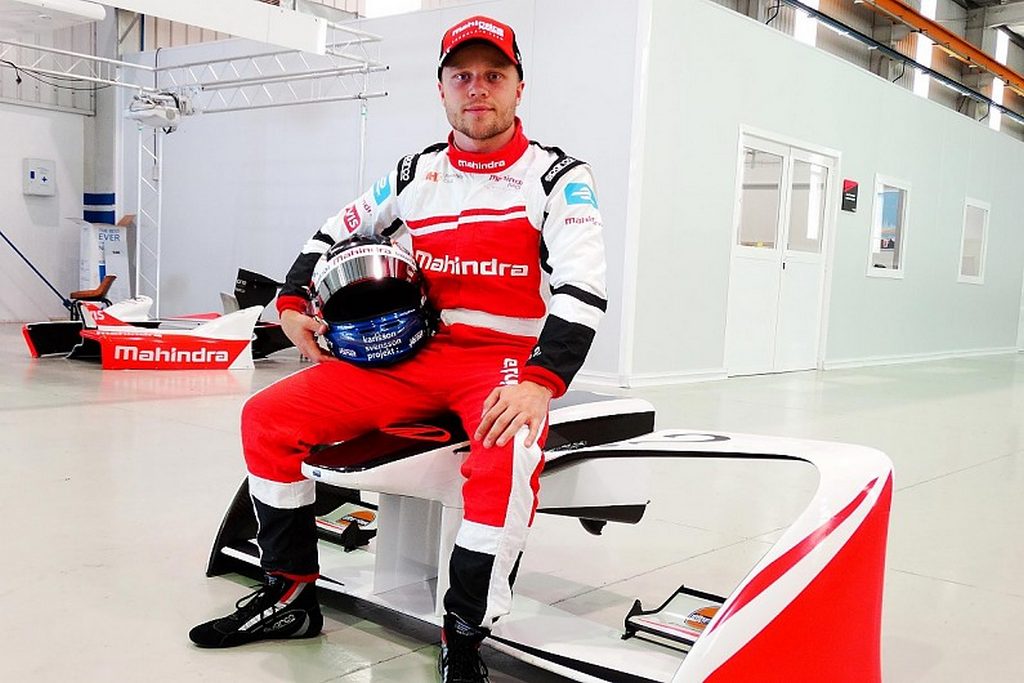 The Indian constructor has announced the confirmation of the reigning European Formula 3 champion Felix Rosenqvist replacing Bruno Senna for the third season of Formula E championship. The Swedish driver joined alongside Nick Heidfeld ahead of first pre-season test at Donington Park kicked off today. The Swedish talent is one of the busiest young drivers currently racing and was also signed by Mercedes to be on reserve role in the 2016 DTM championship, the top-flight touring car series in the world. He has also been part of the German manufacturer’s Blancpain Sprint Cup assault.

As Esteban Ocon was called in to replace Indonesian Rio Haryanto at Manor, Rosenqvist was promoted to second ART Mercedes car in DTM. Much to the applause of everyone, he scored a point on his debut at Moscow Raceway last weekend. He hopes to carry on the momentum in Formula E and was “thrilled” to make a move into Mahindra Racing.
Buoyed by his warm reception at Mahindra, he aims to build on the success managed to achieve in the feeder series and replicate strong finishes alongside an experienced teammate like the German Nick Heidfeld. Formula E has an unique driving style needs to be adopted as drivers will have to be fast while being fuel-efficient otherwise the battery will run out of juice and you will be facing the wrong end of the field. Besides Mercedes and Formula E commitments, Rosenqvist recently completed his first IndyCar test at Mid-Ohio for Chip Ganassi Racing. The multiple Macau GP winner will be accompanied by Heidfeld who’s staying with the team for second year running and has finished tenth in the drivers’ race last season.

At Beijing last year, he scored a podium on his debut for Mahindra before getting marred by hand injury and was forced to sit out the Uruguay race. However, he came back strong in the remaining parts of the season and scored five times in the last six races. Beside Felix Rosenqvist, Mahindra named Erreà as official team apparel and merchandise partner. The team clocked nearly 2,200 km in testing with the M3Electro challenger during 15 days in July ahead of season kicking off on 9th October in Hong Kong.