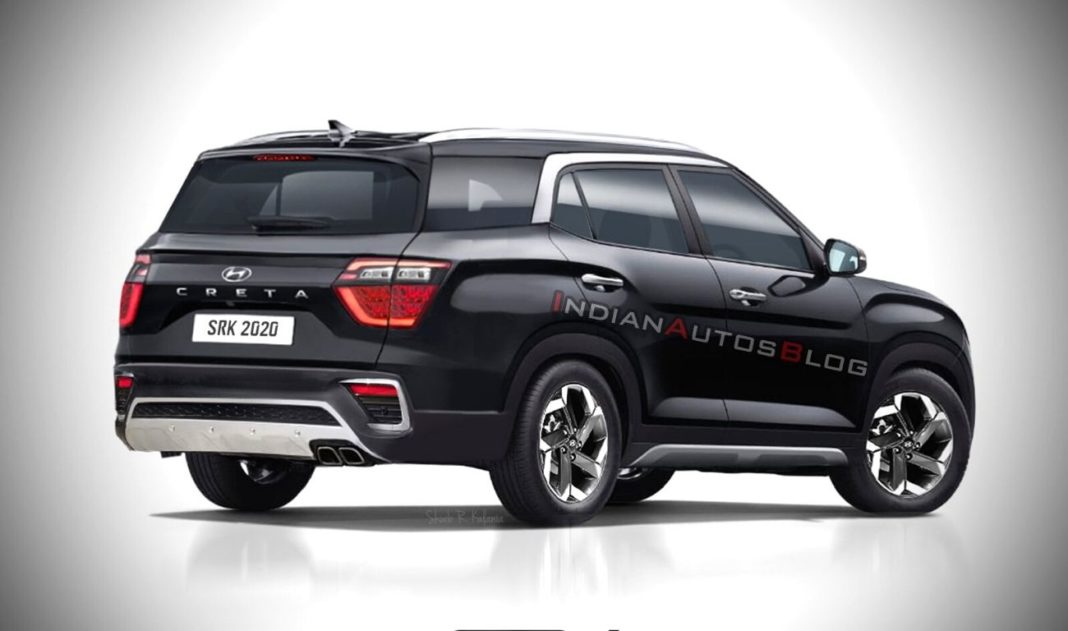 The seven-seat version of the second-gen Hyundai Creta will compete against the likes of Tata Gravitas, MG Hector Plus, as well as the next-gen Mahindra XUV500

A few days ago we brought to you the renderings of the front end of the upcoming 7-seater version of the recently launched second-gen Hyundai Creta. Now, the rear of the Tata Gravitas rivaling SUV has also been imagined, and it will remind you of Hyundai’s flagship SUV in the foreign markets, the Palisade.

Unlike the split tail lamp design seen on the 2020 Creta, the rendered 7-seat version of the SUV sports adjoined units. The centre brake light mounted on the tailgate of the new Creta is also nowhere to be seen. Apart from that, the car gets a faux skid plate, along with dual exhaust pipes.

Since Hyundai is yet to confirm the news of the seven-seat Creta, we are unsure what will it be named. For now, the rendered car flaunts the ‘CRETA’ badging on the tailgate, just under the Hyundai emblem. Other changes as compared to the 5-seat Creta include a new alloy wheel design, along with a large rear quarter glass for the third row. 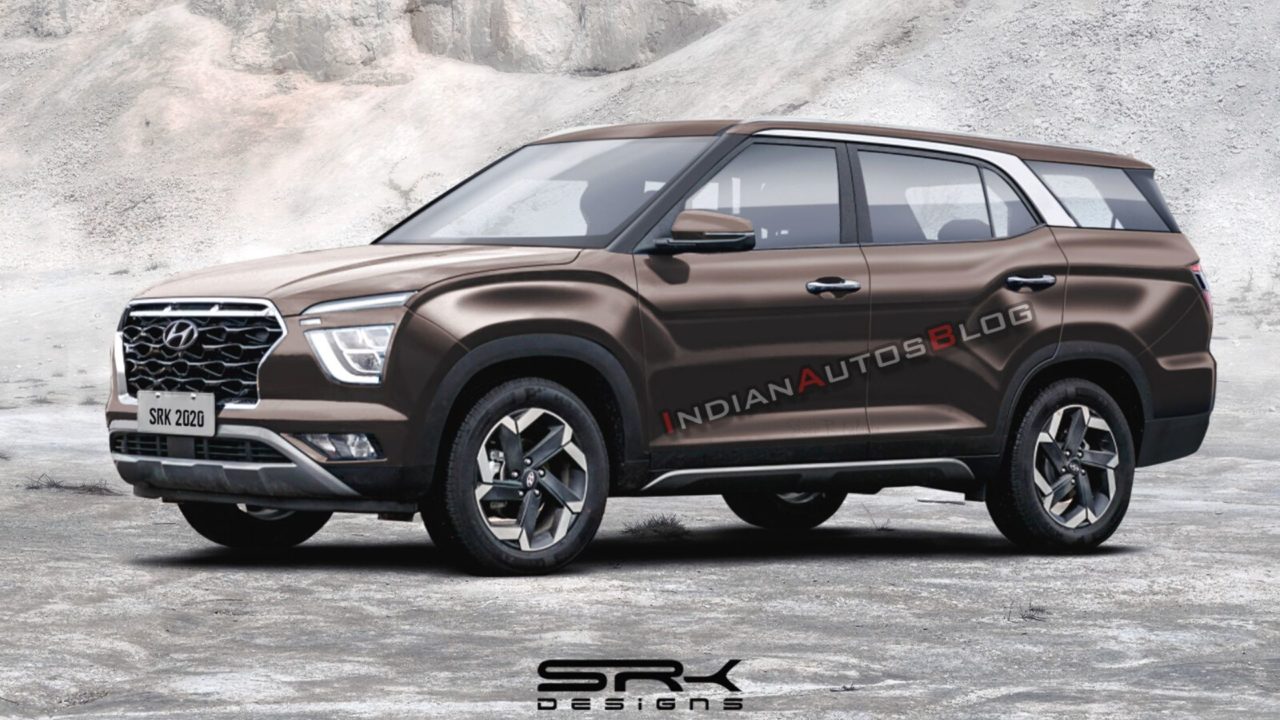 Under the hood, the seven-seat Creta is expected to be plonked with the same BS6-compliant 1.5-litre naturally aspirated petrol, 1.5-litre diesel and 1.4-litre turbocharged petrol engines that the regular Creta comes with. The 1.5-litre petrol motor makes 115 PS power and 144 Nm torque, and can be had with either a 6-speed manual gearbox, or an optional IVT automatic transmission.

The 1.5-litre oil burner puts out an identical 115 PS power, but 250 Nm of torque, and comes mated to a 6-speed MT with an optional automatic gearbox. The 1.4-litre turbocharged petrol mill is rated at 140 PS/242 Nm, and is offered with a 7-speed DCT gearbox as standard. 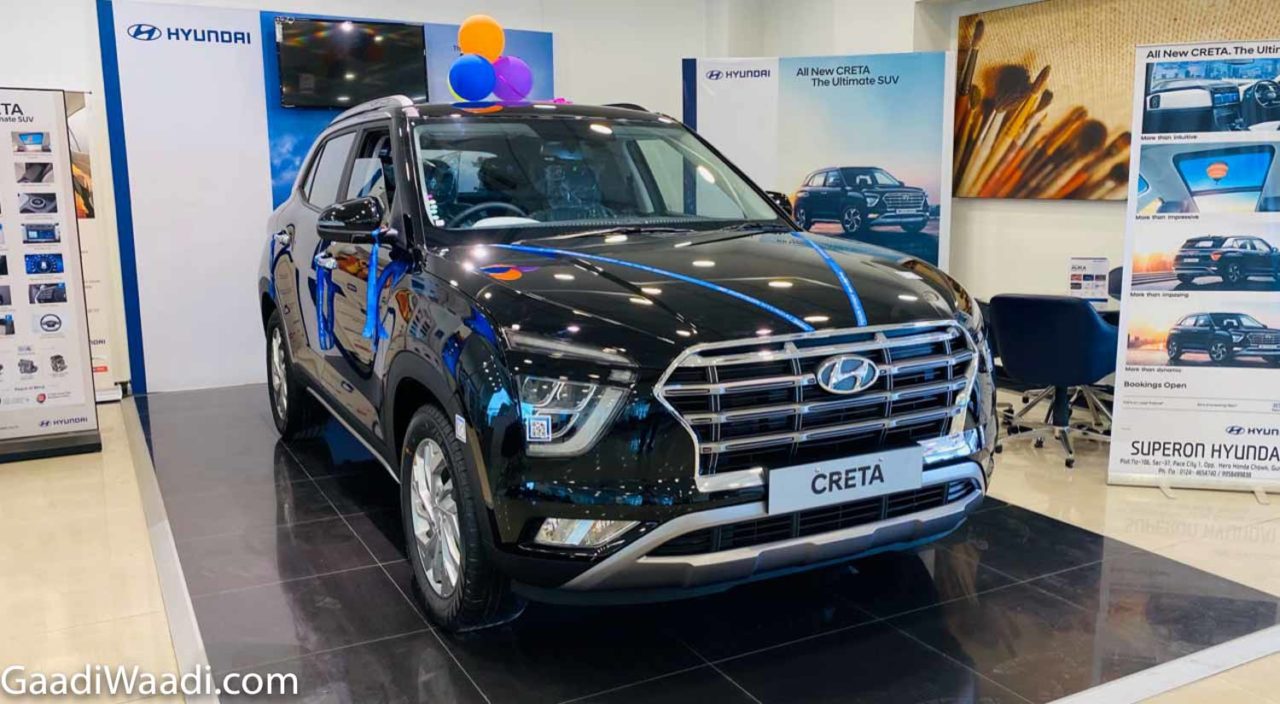 Hyundai has priced the new-gen Creta between Rs 9.99 lakh and Rs 17.20 lakh, while its seven-seat version could be priced at a premium of about Rs 1 lakh over its range-topping trim. At this price point, the car would directly rival the upcoming MG Hector Plus, soon to be launched Tata Gravitas, as well as the second-gen Mahindra XUV500, which is slated to be launched next year.