While India has just received the second generation of the Hyundai Creta, the South Korean carmaker has already started working on a 7-seater model that will make its debut in 2021

Last month, Hyundai Motor India Ltd (HMIL) launched the second-gen Creta in the Indian market. The company even managed to retail over 6,700 units of the SUV before it had to suspend production as a safety measure in its facilities. While the Indian buyers are busy lapping up the new SUV, the company has got busy with a new version with 7 seats.

The bigger Creta was spied recently and has revealed some important details of styling. Based on the information conveyed through the spy images, we have already formed a fair idea of how the new car would look like. Moreover, some rendering images of the new vehicle have helped us form a fair idea of what the 7-seater Creta would look like.

A new rendering of the rear-end of the 7-seater Hyundai Creta will come with a bigger set of taillamps that are wider than those of the 5-seater variant. Also, the tailgate is completely new and so is the new bumper. The new model will also get its third stop lamp on the spoiler instead of the tailgate. The bumper will have a bigger faux skid plate and more stylish light reflectors. 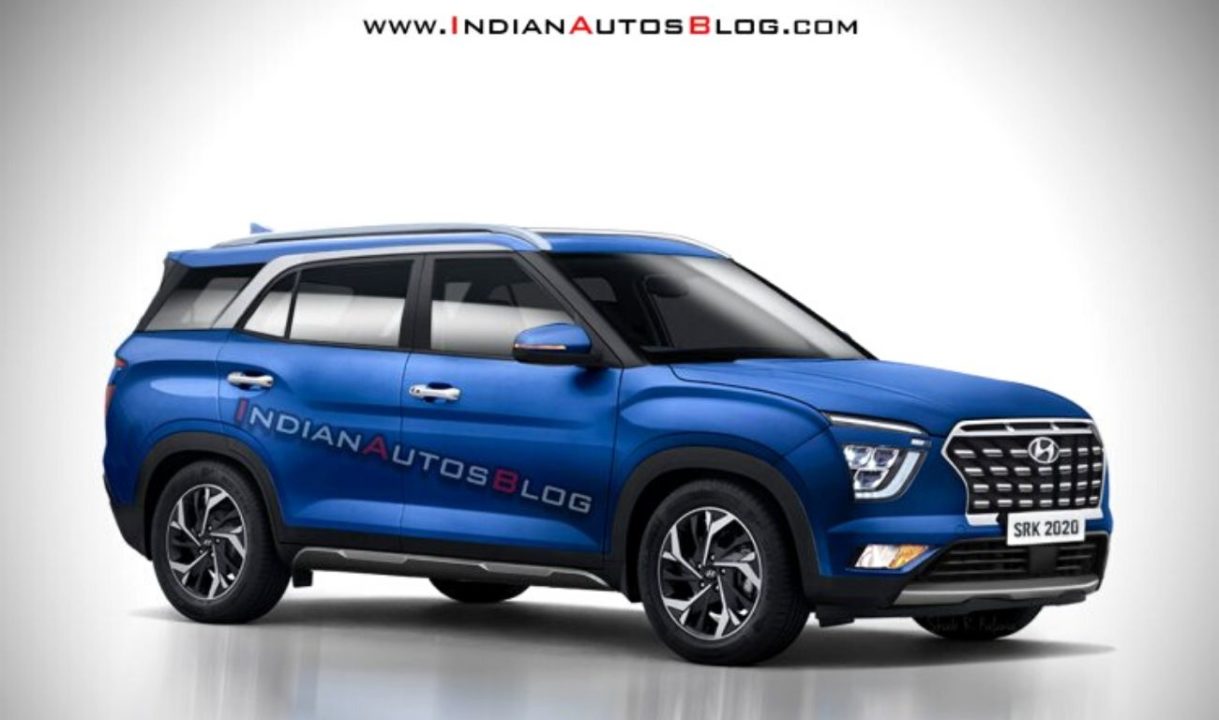 The side profile will also have some major changes. Firstly, the wheelbase will remain unchanged but the rear overhang will be larger. Also, the car will have a different beltline and a bigger DLO due to the three row seating layout. At the front, it will have an updated grille and the bumpers will hold front parking sensors, a feature not on offer on the 5-seater version.

The specifications are likely going to stay unchanged. Like the 5-seater version, the bigger model will be available with three engine options – 1.5-litre petrol, 1.5-litre diesel and 1.4-litre turbo-petrol. The 1.5-litre motors produce 115PS each, while the turbo-petrol motor offers 140PS. Also, the more powerful engine is exclusively available with a 7-speed DCT with paddle shifters but the 1.5-litre engines come mated to a 6-speed manual transmission as standard but offer optional automatics.

The 7-seater Hyundai Creta could launch early next year and command a price premium of more than Rs 1 lakh over the smaller version. It will be pitted against the likes of MG Hector Plus, Tata Gravitas and Mahindra XUV500.