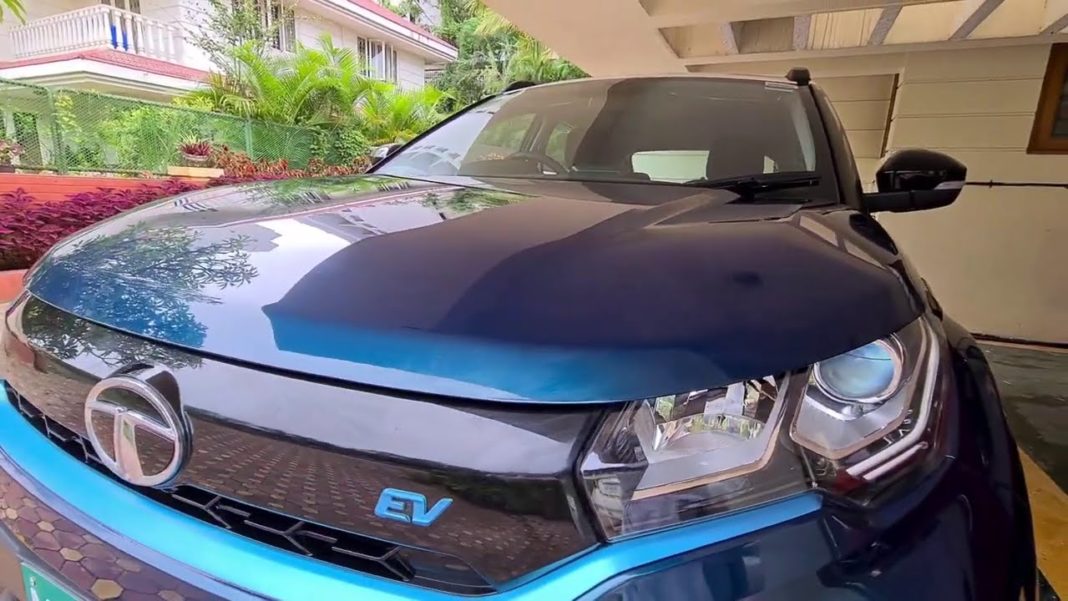 Check out the real-life driving range of the Tata Nexon EV, achieved during a typical monsoon drive on Indian roads

Tata Motors EV was launched earlier this year in India, and is the first electric SUV by the homegrown manufacturer. The car not only looks impressive, but it also has impressive specifications. The EV is powered by a 30.2 kWh battery, which feeds power to a 3-Phase Permanent Magnet Synchronous Motor. The maximum power is rated at 129 PS, and the peak torque at 245 Nm.

The Tata Nexon EV has an ARAI-tested driving range of 312 km, but as we all know, those figures are quite hard to replicate in real-world traffic conditions. Here, we have a video, uploaded by Northway Motorsport EV R&D, wherein the real-world driving range of the electric Nexon is calculated.

At the beginning of the video, the owner states that the vehicle has been charged up to 100 per cent, and then begins his test in the streets of Pune. The Nexon EV is set in ‘Eco’ driving mode initially, which should offer enough power to ferry around just one person on-board, and the climate control is set for 26oC.

The driver also shares a few driving tips and discusses road etiquettes, like merging into traffic, maintaining a safe distance between yourself and the car in front, and respecting the speed limit. After driving for a total of nearly 16 km, he then drives on to the freeway. The weather, however, takes a turn for the worse a little while later, with rains pouring down heavily.

When the battery charge approaches close to 50 per cent, the driver then looks for an electric charging station. Although he managed to find one, the EV charger is broken for some reason. With no other charging system nearby, he sets back towards Pune. He then drives into a dealership and hooks his car up to a fast charger, with just 21 per cent battery remaining. 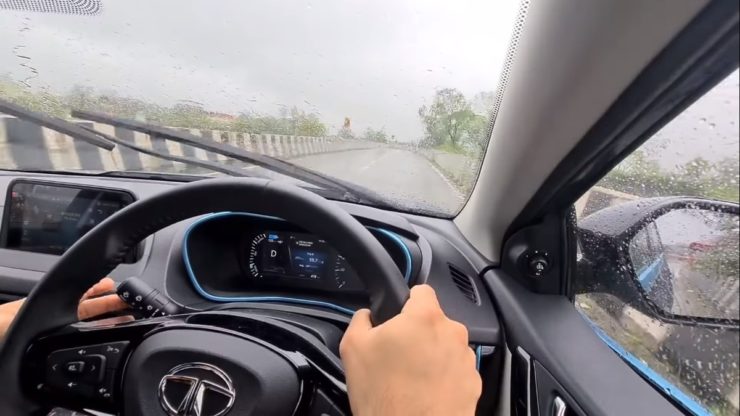 The test concludes with the driver completing 110 km on nearly 80 per cent battery charge, and could have probably managed 150 km on a full charge. Although a far cry from the ARAI-claimed range, this range was achieved with constant use of headlights, AC, and windscreen wiper due to the heavy rains. The driver often switched to ‘Sport’ mode as well, although he mostly kept ‘Eco’ mode engaged. With better driving conditions, the Tata Nexon EV could have achieved a better driving range.