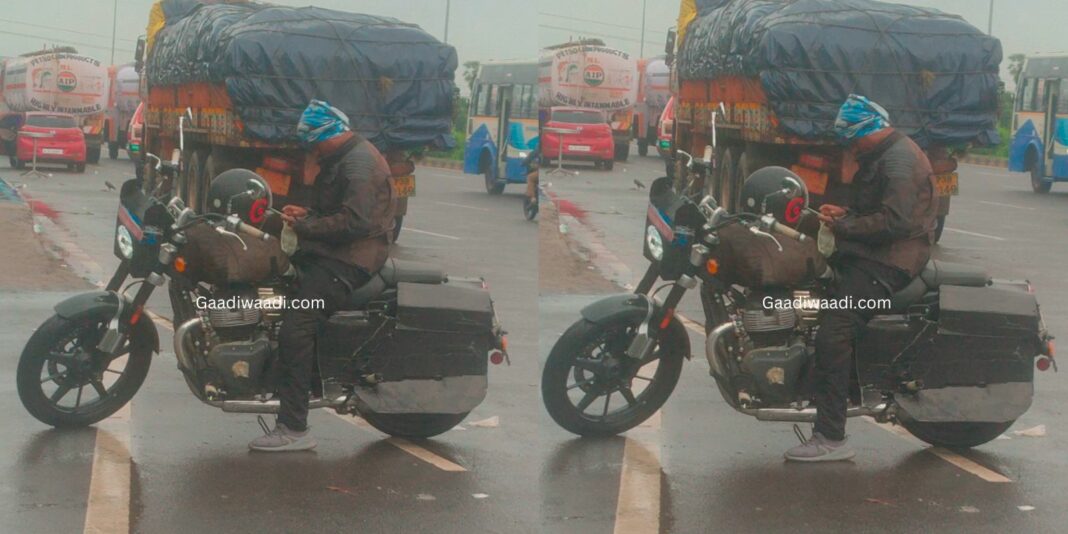 Royal Enfield has been testing a slew of new motorcycles on public roads and the list includes a few 650 cc motorcycles. The homegrown manufacturer has endured tremendous success with the Interceptor 650 and Continental GT 650 ever since they went on sale in the domestic as well as international markets. The flagship range will likely be expanded sooner rather than later.

Spy images of what appears to be the Royal Enfield Super Meteor 650 have come up again. The 650 cc cruiser based on the 650 Twins’ double cradle chassis is expected to make its global debut later this calendar year as the near-production prototypes have been spotted and it may as well be accompanied by the SG650 concept based roadster.

While no official details are divulged yet, the Royal Enfield Super Meteor 650 and the SG650 could be unveiled at the upcoming EICMA show in November in Milan, Italy. The new spy shots show the presence of different-looking alloy wheels while the tear-drop shaped large fuel tank is covered in a fabric material.

You could also see the panniers that were also wrapped and they will be offered as an optional accessory. Other highlights are a split seat setup, an LED headlamp covered in a black panel that won’t make it to production, relaxed footpeg positioning, an upright handlebar, etc. It will become the first RE motorcycle to be equipped with upside-down front forks upon arrival.

You could also see round shaped LED tail lamp with a silver casing and circular turn indicators and a chunky front fender. The rear will feature twin-sided shock absorbers and the braking duties will be handled by front and rear disc brakes assisted by a dual-channel ABS system as standard across the range.

As for the performance, the existing 648 cc parallel twin-cylinder engine will be utilised and it produces a maximum power output of 47 PS and 52 Nm of peak torque in the 650 Twins. It will be paired with a six-speed transmission with a slipper and assist clutch as standard.
Spy Source: Dhaya