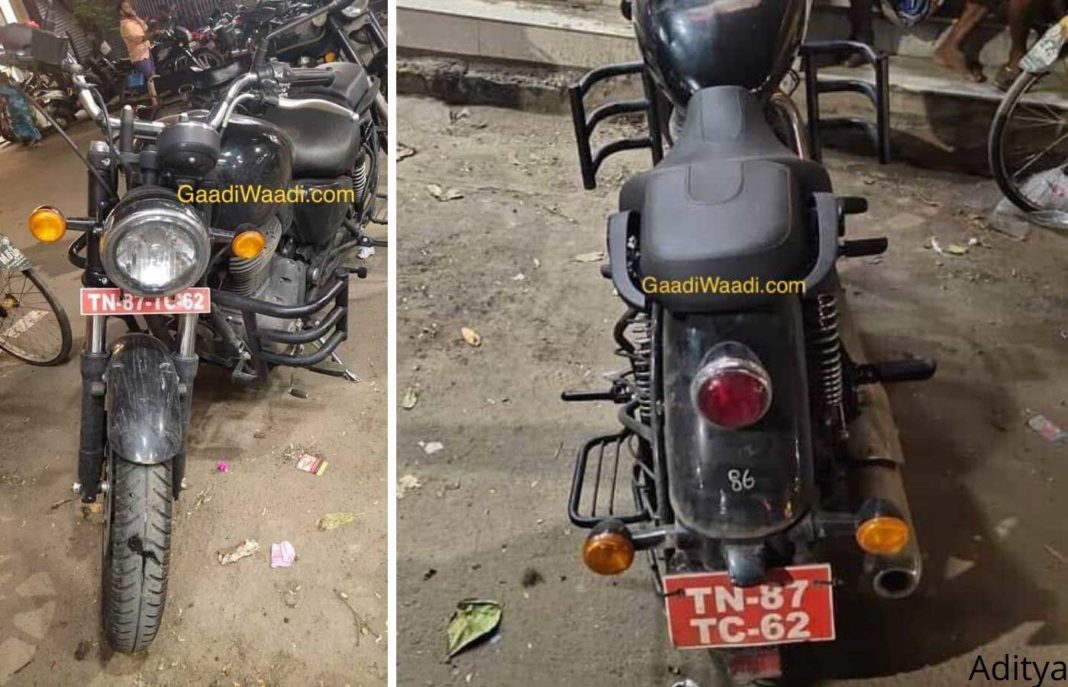 Royal Enfield has been preparing to launch its next generation motorcycles in the Indian market based on a brand new architecture. Over the last year or so, they have been spotted running trials in the outskirts of Chennai and a latest spy video, shows a fleet of upcoming motorcycles conducting tests on roads in the same venue.

The homegrown manufacturer will be launching the Meteor 350 sometime next month or in early October and it will act as a replacement to the Thunderbird 350. It will be offered in three variants: Fireball, Stellar and Supernova and will boast a new engine, which is expected to get OHC setup. The exhaust note of the Meteor 350 audible in the video does not appear to have a similar thump as the model it replaces.

In the 48-second clip, the next generation Classic 350 wearing no base paint and badges can be seen clearly. It is also expected to go on sale in the coming months or early next year with the same powertrain as the Meteor 350 but its exhaust note does differ considerably with a bit more grunt.

Towards the end of the video, the Interceptor 650 followed what looks to be the Hunter. It is an all-new upcoming motorcycle with single seat layout, oval-shaped headlamp, high-mounted turn indicators, upswept exhaust pipe, mid-set footpegs, upright riding position, etc. It is based on the same double cradle frame as the Meteor 350, since the single downtube in the Thunderbird will be no more.

Royal Enfield is working on a range of new motorcycles as the naming rights for the Hunter as well as Sherpa have been filed. The brand could also be working on women-centric bikes and more entry-level offerings to garner more customers into its fold. The good reception of the 650 Twins will lead to a brand new 650 cc motorcycle with a different flavour as well.

Royal Enfield will more likely bring improvements on the mechanical side as more refined engines and better handling characteristics could be part of the equation in the next generation models.