Accessories are an important business for Royal Enfield as most of the owners like to customize their bike and the company is offering more than 20 accessories for the new 650 Twins. Now the company is planning to expand the accessories for 650 Twins and the new ones will be introduced for three different parts like alloy wheels, luggage and electricals including LED side turn indicators.

The accessories which are currently available for 650 Twins are costly and we can expect the new ones to be priced in a similar way. The official website of the company has been updated that these parts will be coming soon. These subtle personal touches make them even more special for the customer.

Royal Enfield introduced the 650 Twins in November and the company has received an excellent response for both these motorcycles as pricing was aggressive, which makes them the cheapest 600 cc bikes in the country. The 650 Twins is currently leading the middleweight segment in India with a huge margin over the rivals. 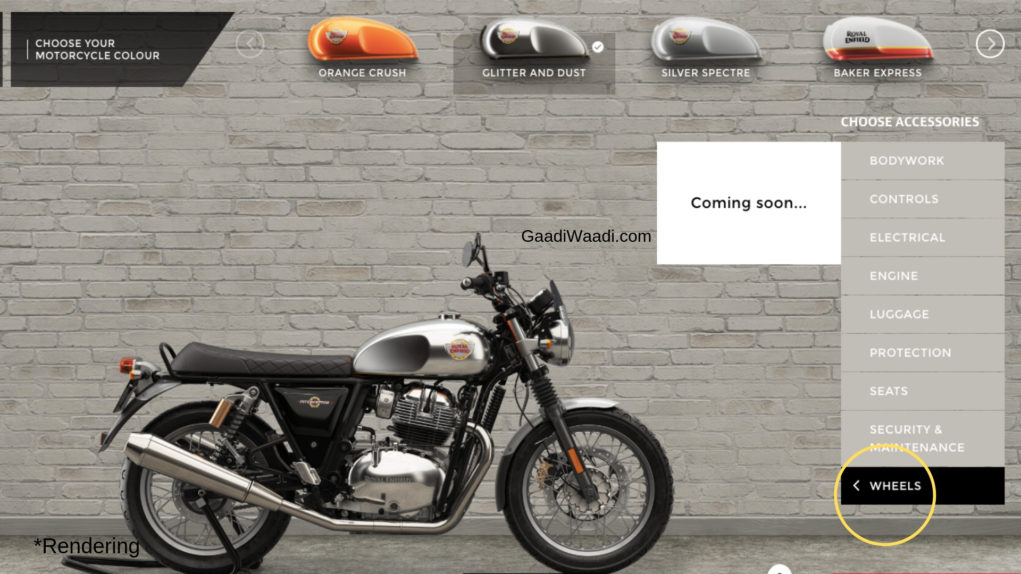 We are expecting sales of 650 Twins to be slightly lower last month as the strike at the manufacturing plant has affected the production of motorcycles. The 650 Twins are manufactured in India and exported to global markets. The Interceptor 650 is cheaper among the two and it is more popular among customers.

The 650 Twins are powered by same 648 cc twin cylinder engine with 47 bhp of power at 7,250 rpm and 52 Nm of torque at 5,250 rpm. This engine is mated to a 6-speed gearbox and the 650 Twins are the first motorcycle from Royal Enfield to be equipped with a slipper and assist clutch, which will be really helpful during hard downshifts.

Both these bikes come with 320 mm disc brake at the front and 240 mm disc at the rear. The company is offering a dual-channel ABS braking system as standard.  RE engineers have worked a lot on this engine to keep vibration low and improve refinement compared to earlier models. The Interceptor 650 price starts at Rs. 2.50 lakh and Rs. 2.65 lakh for Continental GT 650 (both price, Ex-Showroom).