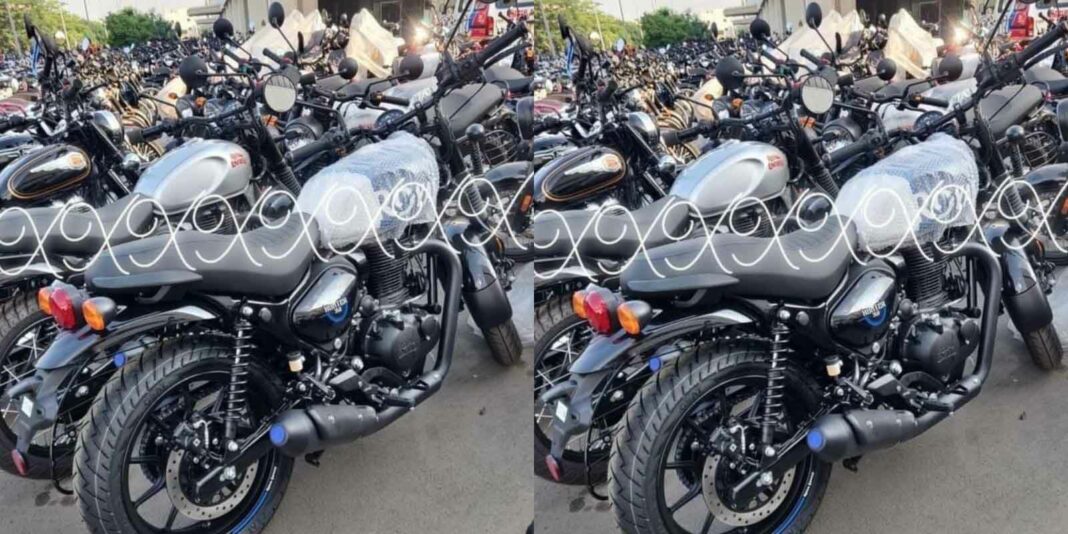 It is no secret that Royal Enfield has been working to launch the Hunter 350 next in the domestic market and its debut is certainly nearing. RE is developing a host of new motorcycles pertaining to different segments and the Hunter 350 will harbinger a range of new models mainly in the 350 cc, 450 cc and 650 cc classes.

The Royal Enfield Hunter 350 is expected to be launched early next month and it has now been caught on camera in a production-ready state. It appears to have started arriving at the dealer yard ahead of the market launch and two variants have been spotted. One wears a silver paint scheme and the other boasts a dual-tone blue and white shade as in the Himalayan. 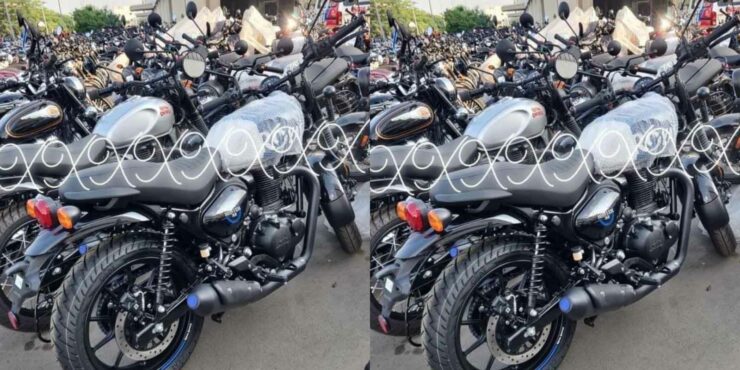 The Royal Enfield wording on the tear-drop-shaped fuel tank and lettering on the body panels are rather simple. The Royal Enfield Hunter 350 could be offered in an expansive range with single- and dual-channel ABS versions. It measures an overall length of 2,055 mm, width of 800 mm and has a height of 1,055 mm with a wheelbase length of 1,370 mm.

The Hunter 350 will compete against Pulsar F250, Pulsar N250, Yamaha FZ25 and Suzuki Gixxer 250. The spy images show the presence of a circular headlamp, tail lamp and rearview mirrors, a single-piece seat, halogen turn signals, a side-mounted black exhaust system, split grab rails, a semi-digital instrument cluster and so on. 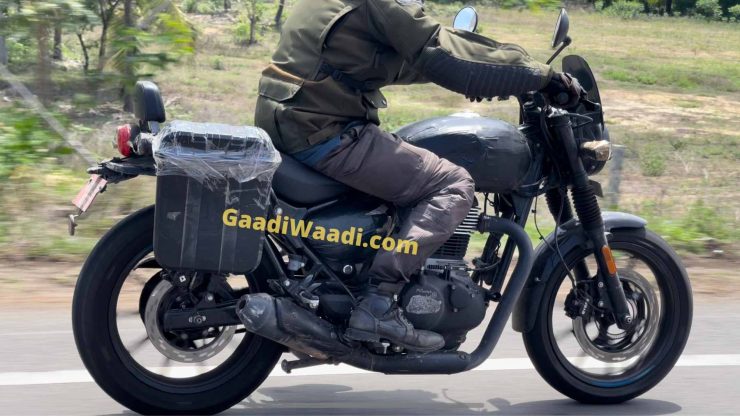 It is suspended on telescopic front forks and twin shock absorbers at the rear with blackened springs while the chassis will be shared with the Meteor 350 and Classic 350. As for the performance, a 349 cc single-cylinder air- and oil-cooled fuel-injected engine developing a maximum power output of 20.2 bhp at 6,100 rpm and 27 Nm of peak torque at 4,000 rpm will be utilised, paired with a five-speed transmission.