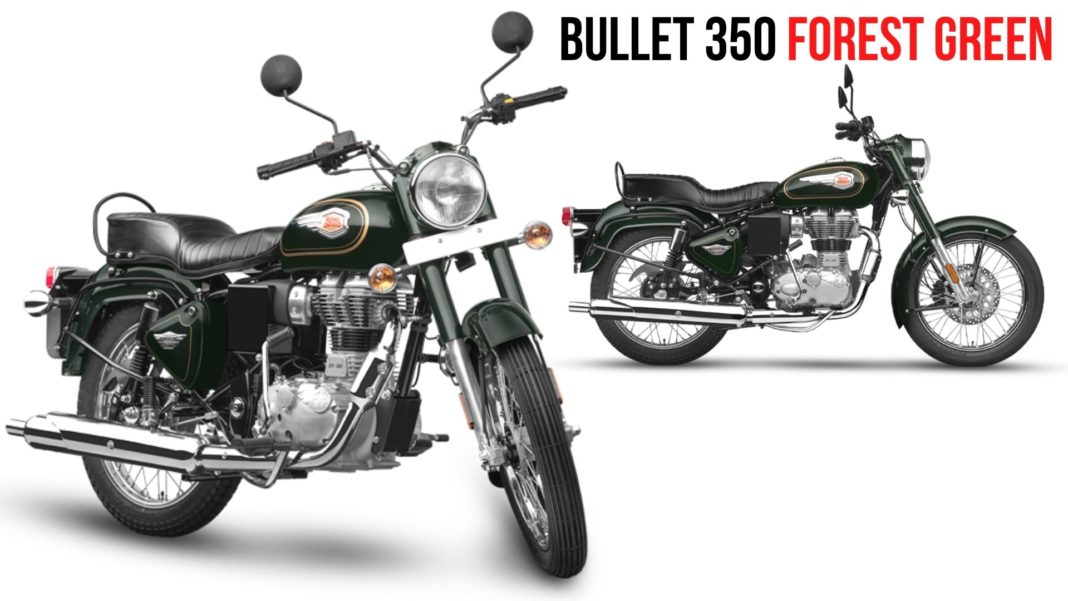 RE Bullet 350 Forest Green colour is available in the Standard variant of the retro motorcycle and is said to be priced around Rs. 1.33 lakh (ex-showroom)

Royal Enfield introduced the BSVI version of its entry-level Bullet 350 right on time for the deadline, as the more stringent emission standards came into effect on April 1, 2020. The Bullet range has a storied history within the brand’s lineup as it was first produced in 1932. The simplistic design, hand crafted chrome detailing and the no-frills classic approach have won over customers in aplenty.

Offered in Standard and ES (Electric Start) variants, the Bullet 350 comes in a range of colour schemes. The former is available Bullet Silver, Onyx Black and Black paint options and the Forest Green appears to have been added to the lineup after a brief absence. The ES variant of the retro motorcycle is sold with Regal Red, Royal Blue and Jet Black colours.

Compared to other colours, no changes have been made on the Bullet 350 Forest Green as it looks to be priced at around Rs. 1.33 lakh (ex-showroom) as the others. It comes equipped with a 346 cc single-cylinder air-cooled fuel-injected engine producing a maximum power output of 5,250 rpm and 28 Nm of peak torque delivered at 4,000 rpm. It is connected to a five-speed transmission. 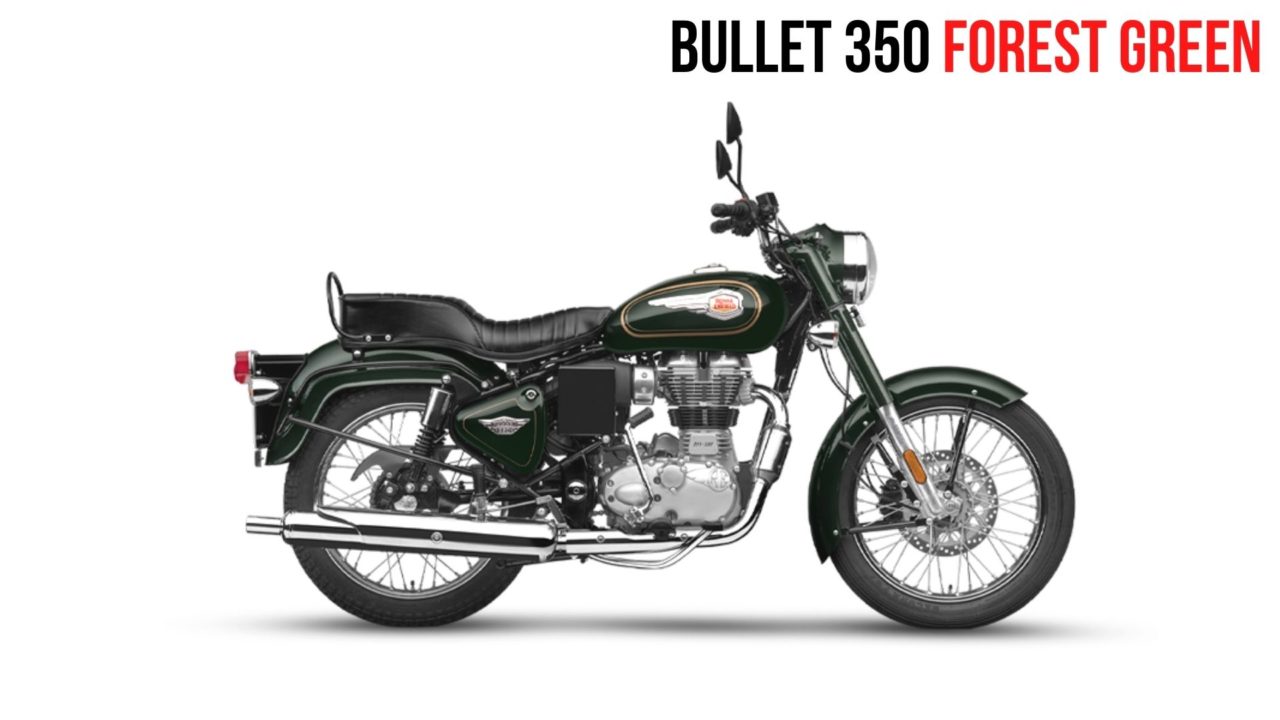 To comply with BSVI emission norms, the Chennai-based manufacturer added a bigger catalytic converter to the exhaust header pipe and compared to the BSIV model, no other modifications were made. It features single piece tubular handlebar, single-piece seat setup, chromed out exhaust, round-shaped headlamp with chrome housing, rectangular tail lamp, chromed turn signals and mirrors, etc.

As for the mechanicals, it features 35 mm telescopic front forks, twin shock absorbers with five-step pre-load adjustability, 280 mm front disc with two-piston brake caliper up front, 153 mm rear drum brake, a single-channel ABS system and so on. Just a few months ago, Royal Enfield introduced the Thunderbird replacing Meteor 350 and up next, the new-gen Classic will likely arrive in the coming months. 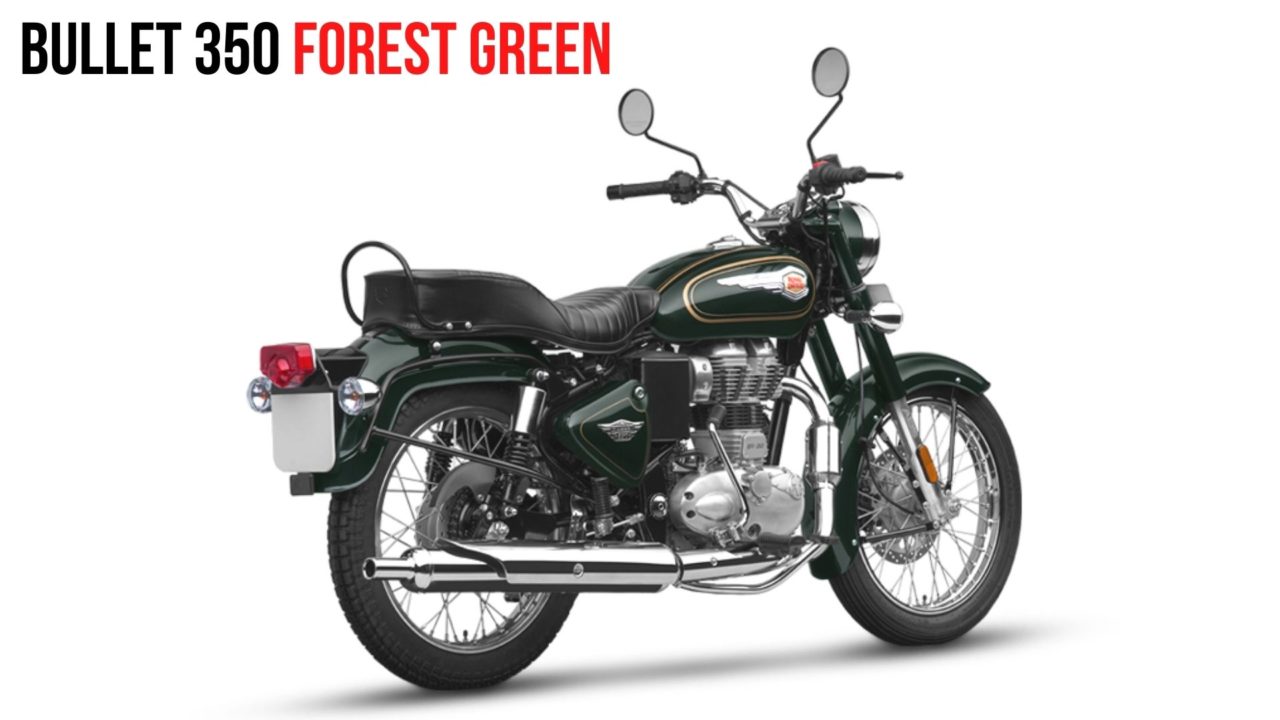 It is based on the same J platform as the Meteor 350 and is powered by a revised 349 cc single-cylinder OHC air-cooled engine. It will be interesting to see what RE does with the Bullet next as it definitely needs an upgrade as well.