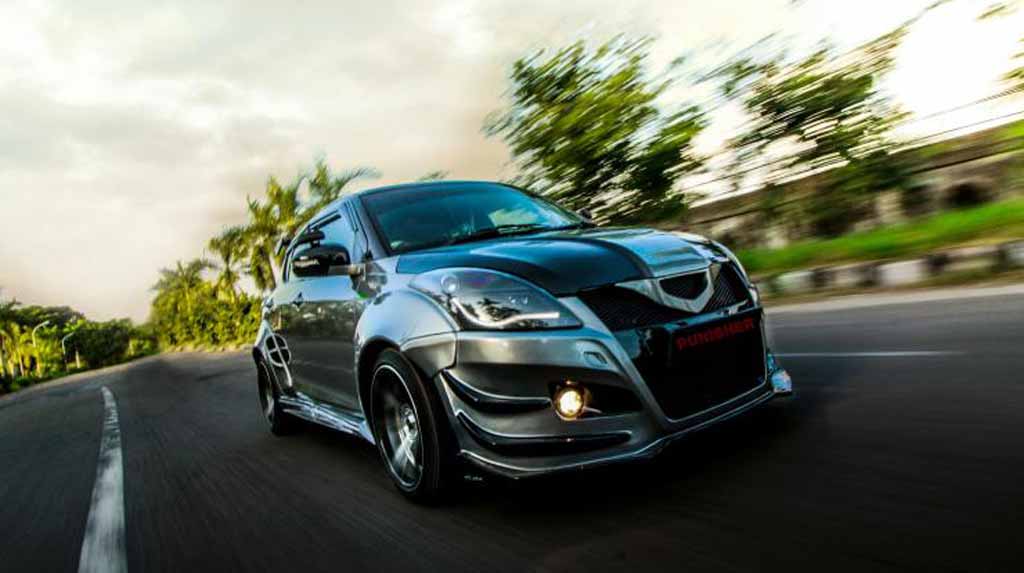 Maruti Suzuki Swift is one of the most popular and bestselling hatchbacks in the country. The Indo-Japanese automaker is preparing to launch the new generation model of the Swift in India soon. Meanwhile we have found a Swift customised in an insane manner and christened as ‘The Punisher’. This car could be easily called as the wildest customised Swift in the country.

The car appears with massive modification from nose to toe. Up front, the front grille comes with a larger blackened mesh appearance and there are chrome trims giving it a bold look. The headlamps received integrated flowing LED daytime running lights and projector lamps. Front bumper has received change as well and the fog lamp area appears with L shaped carbon fibre slats and there is a large front splitter as well. The hood also comes with modification giving the front fascia a sculpted look. 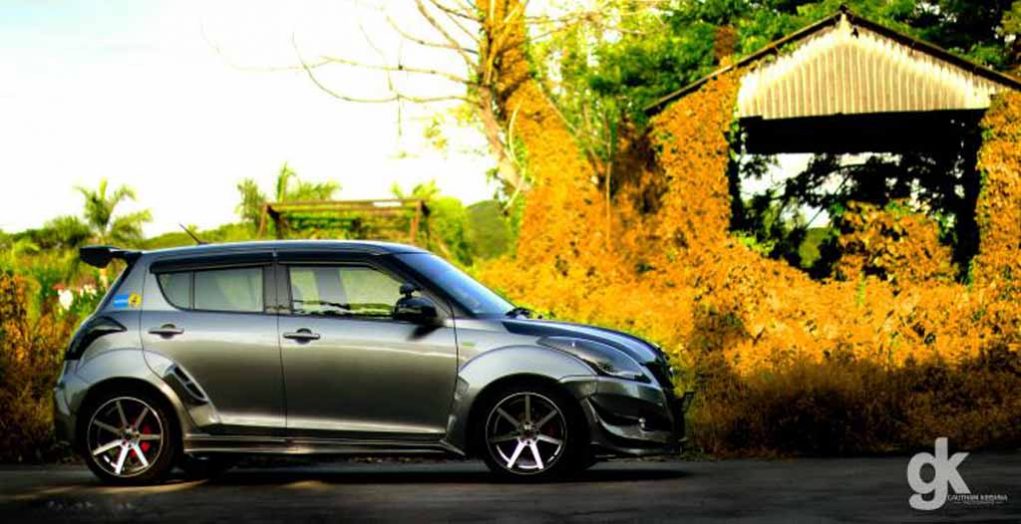 Also read: 2017 Maruti Suzuki Swift – All You Need to Know

At the side profile, the customised Swift gets chunky flared wheelarches, bold and sporty alloy wheels, black ORVM caps with turn indicator lights integrated. The rear fender gets air inlet that improves the air flow. Moving to the rear, the Punisher gets roof spoiler, sharp taillights with LED strips, a large diffuser with air scoops and bluish painted twin round shaped exhausts.

The customised Swift runs on 17-inch multi-spoke chrome alloy rims wrapped with low profile 215 section Yokohama A-Drive tyres. Like the exterior the interior of this Swift has received changes as well. It gets Pioneer X5890BT head unit and a Rockford P2D4 subwoofer delivering insane audio experience.

On the powertrain front too, the modified Maruti Suzuki Swift has received several changes. Its Fiat-sourced 1.3-litre DDiS diesel engine has been revised to kick out 115 bhp of peak power and 240 Nm of impressive torque output. Transmission duty is done by a 5-speed gearbox. It is expected to be faster than the stock model and capable of reaching 0-100 kmph in 14.8 seconds.