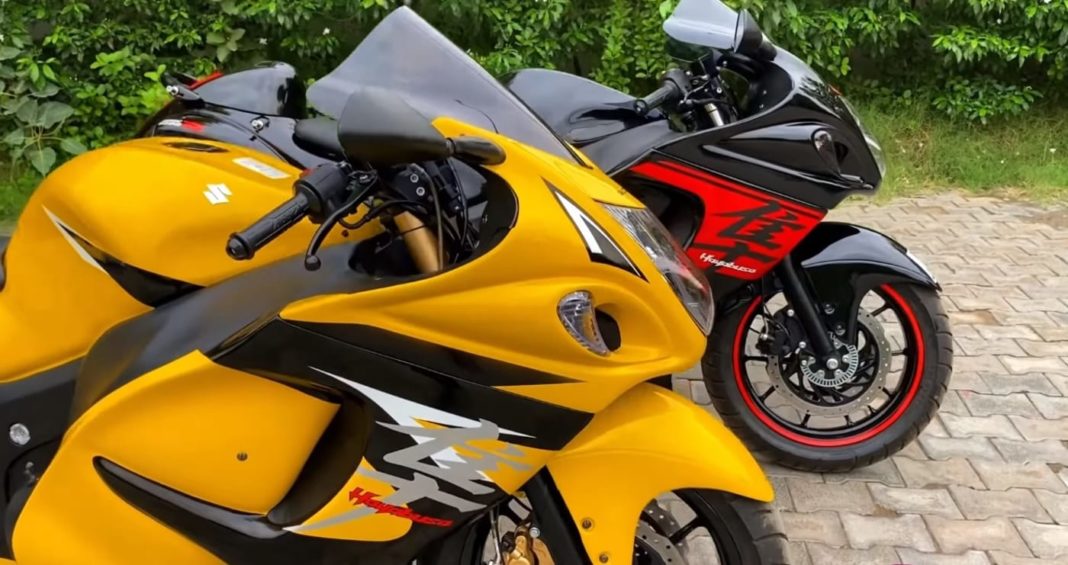 Here, we have a Bajaj Pulsar NS200 and an RS200, both intricately modified to look like the extremely-popular Suzuki Hayabusa

Owning a superbike in India is a dream for many, but sadly, not everyone is able to afford them. The high prices of such motorcycles keep a lot of enthusiasts at bay. Suzuki Hayabusa was one such motorcycle, extremely popular among enthusiasts, but a little too expensive for many. That said, there are a few who’ve decided to build their own ‘Busa, but only in spirit.

Here, we have two custom-built Hayabusas, that are Bajaj Pulsars underneath! The yellow one has been built from a Pulsar RS200, while the black one from a Pulsar NS200. As can be seen here, the mod job looks quite incredible, with a lot of attention being paid to the details. Here, we shall talk about the design of these custom motorcycles, in brief, starting with the front end.

The headlight has the same U-shaped design as the original Hayabusa, and you also get faux air vents near the turn-indicators on the fairing. The fairing itself faithfully replicates the design of the original, with a fake air vent at the knee-level. You get traditional front forks rather than the upside-down ones on the real Hayabusa, and you also get new alloy wheels with fatter rubber.

The handlebar is also a new clip-on unit, but the switchgear is from the donor bike, i.e., the Pulsar. The instrument console is similar to the Hayabusa, with physical dials for everything except the gear position indicator. The paint quality is quite nice, and the builder will also offer a 6-month warranty on the paint.

While the braking system is unchanged, a fake disc has been added to the front wheel to give a dual-disc look. Customers can also choose to get an extra calliper added to turn the fake disc into a functional one. You also get a dual-exhaust system, but only one of the pipes in functional. There is a cowl available for the rear seat, which can be removed to reveal the pillion seat. 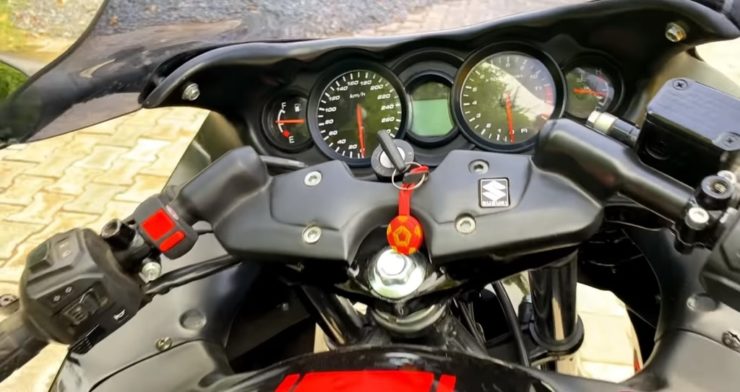 Powering these Hayabusa lookalikes is Bajaj’s 200cc, liquid-cooled, single-cylinder engine. This motor can churn out 24.5 PS and 18.7 Nm, and comes paired to a 6-speed manual gearbox. The price of a BS6-compliant Pulsar NS200 is Rs. 1.28 lakh while the Pulsar RS200 costs Rs. 1.48 lakh. In comparison, a Suzuki Hayabusa costs Rs. 13.75 lakh (all prices mentioned are ex-showroom, New Delhi)!