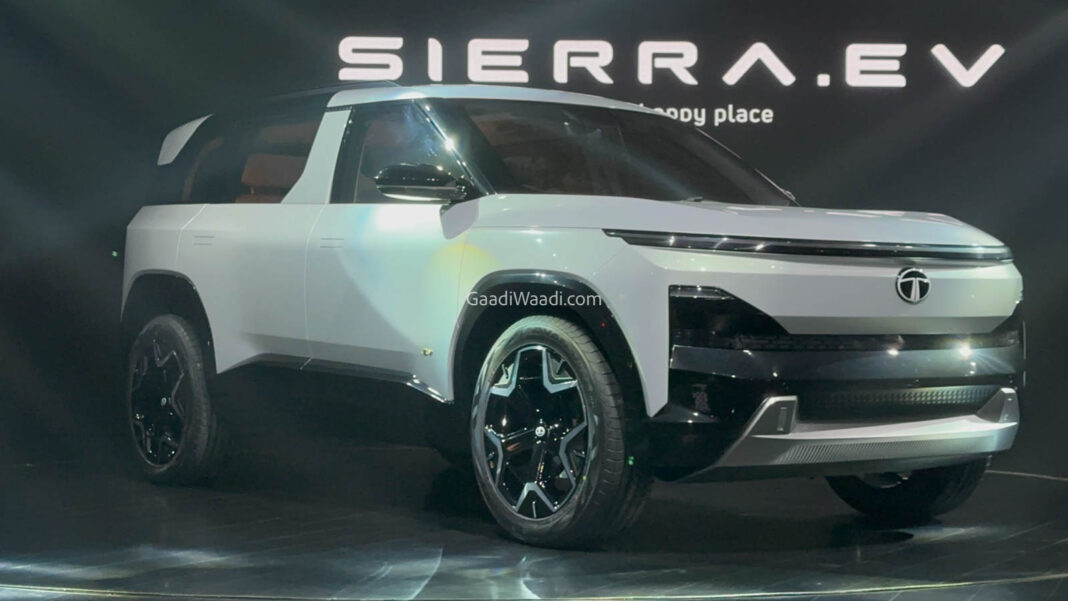 The original Sierra was manufactured by Tata Motors between 1991 and 2000 and it was the first SUV produced by the homegrown brand. It was based on the Tata Mobile platform, which also underpinned the Tata Estate station wagon. One of the unique features of the old Sierra was undoubtedly the three-door body style with a glass roof and a rear-hinged back door.

It was powered by a variety of diesel and petrol engines including a 1.4-litre diesel, a 1.6-litre petrol and later a 1.8-litre petrol engine and was well received for its roomy interior, independent suspension ensuring a comfortable ride and rugged off-road capabilities. It was also a popular taxi and was exported to many countries in Africa and Asia.

At the 2020 Auto Expo, Tata Motors took us aback by unveiling a conceptual version of the Sierra with a futuristic design and an EV powertrain. Now, the second iteration closely resembling a final production version has graced the scenes at the opening day of the 2023 Auto Expo in Greater Noida. What keeps us excited is that it is about 90 per cent close to production. 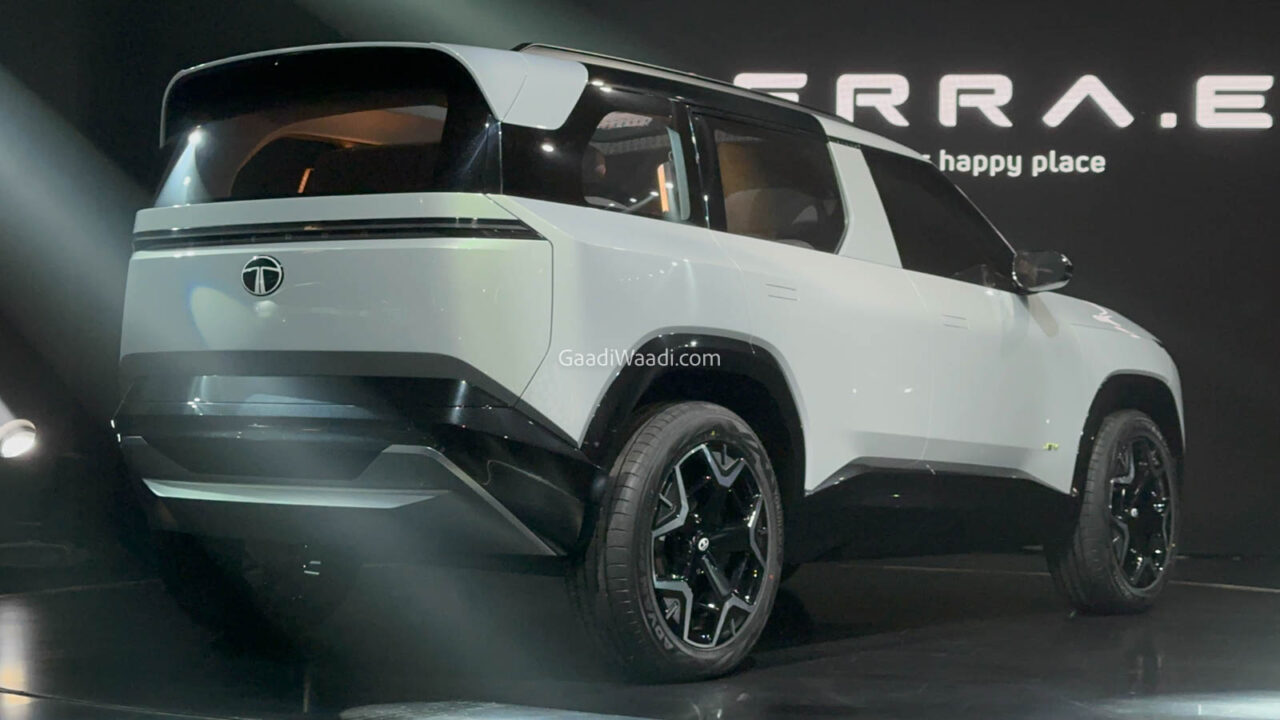 The Tata Sierra EV concept was showcased at the 2020 Auto Expo and now a more toned down version has arrived at the ongoing 2023 edition of the motoring show in Greater Noida. We do expect it to go on sale within a year and the front end boasts a swooping bonnet, sleek LED horizontal lighting, a prominent skid plate and a thick black trim covering the width of the vehicle.

It does have a robust stance and the signature glass roof has been retailed. The aggressive hood with muscular creases is accompanied by thick black wheel arch cladding, star shaped alloy wheels, smart pop out door handles, an integrated roof spoiler, a boxy bootlid design, horizontal LED tail lamps in a sleek fashion, a masculine rear bumper, etc. 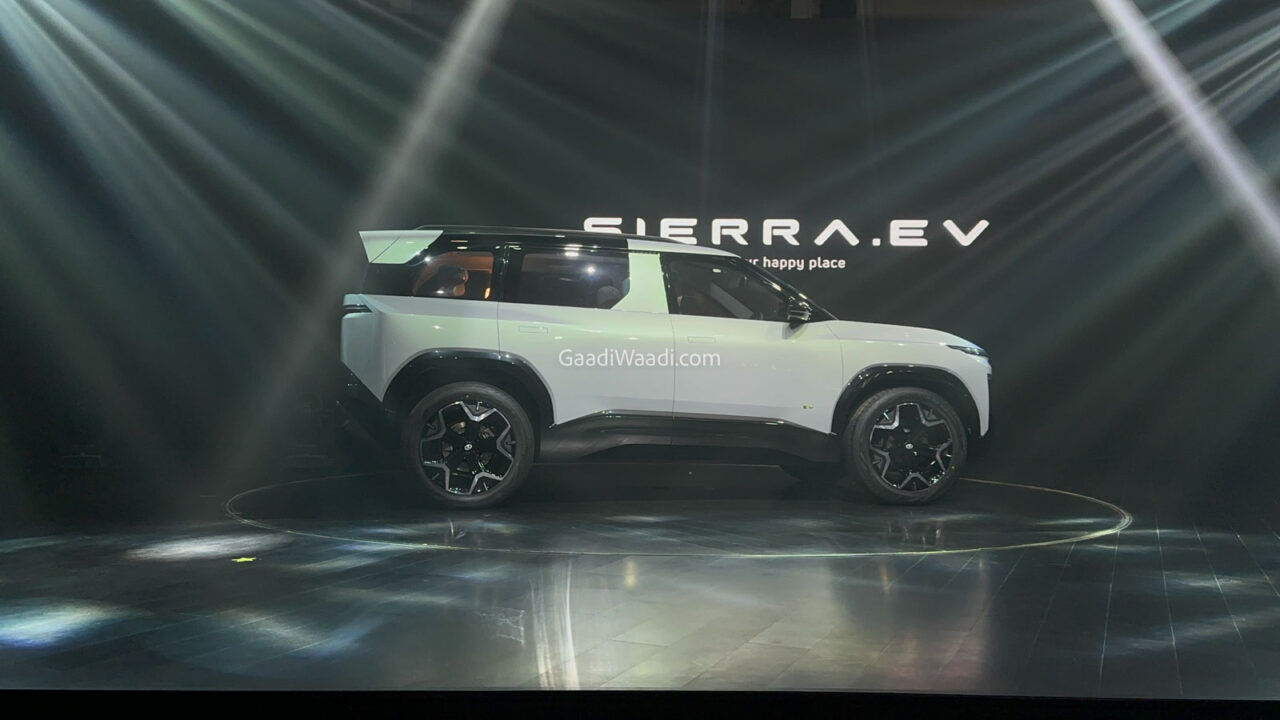 While the interior has not been shown, the exterior reflects a butch stance for the high riding electric SUV, which will sit on the Gen 2 skateboard platform and expect the driving range to be over 500 km on a single charge.