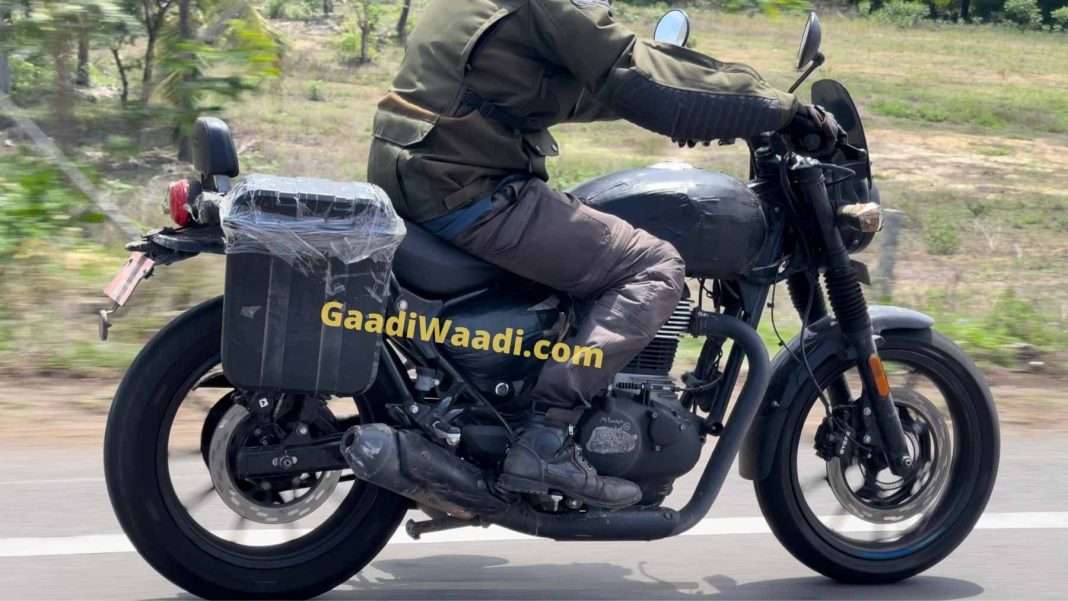 Royal Enfield Hunter 350 will likely be launched in India sometime next month; will be powered by a 349 cc SOHC engine

Royal Enfield has been caught testing a number of new motorcycles on public roads in recent months. The Chennai-based manufacturer is working on the next-generation Bullet 350, an all-new Himalayan 450, a trio of motorcycles based on the 650 cc platform and so on. Firstly, the brand is expected to launch the Hunter 350 sometime next month in India.

Reports indicate that the Royal Enfield Hunter 350 will be priced around Rs. 1.5 lakh to 1.6 lakh (ex-showroom) as it could become the most affordable offering from the company. The Hunter 350 has plenty in common with the latest Classic 350 introduced last year and the Meteor 350 cruiser, which was launched in 2020 based on a new chassis.

The Hunter 350 will also be underpinned by the same dual cradle frame and it will be equipped with telescopic front forks and twin-sided rear shock absorbers. In addition, the braking duties of the upcoming roadster will be handled by a single disc at the front and a single disc at the back, assisted by a dual-channel ABS system. 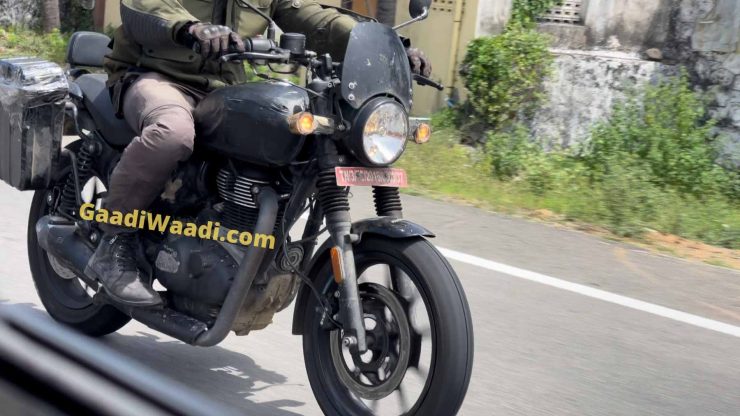 The switchgear layout will be shared with the Classic and Meteor as well and thus expect the build quality to be top notch and the high-end variants could feature a semi-digital instrument console with a separate digital pod for the Google-powered Tripper Navigation system. Here we have shown you the production-spec version of the RE Hunter 350.

The test mule is fitted with touring-based accessories such as a pillion backrest, a windscreen and panniers on either side. The Hunter 350 has taken a retro-modern design approach with the presence of a round-shaped halogen headlamp, a tear-drop shaped fuel tank, a compact rear with a circular tail lamp mounted behind the seat, halogen turn indicators, etc. 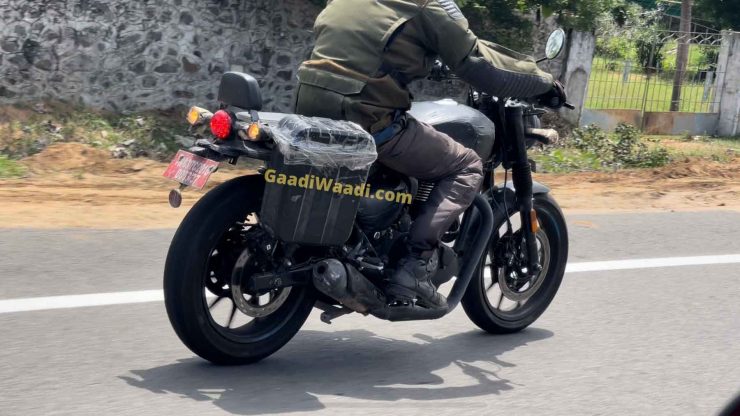 It will have an upright riding position, middle-set footpegs, fork gaiters and a side-slung exhaust system. As for the performance, the Hunter will derive power from a 349 cc single-cylinder air- and oil-cooled SOHC engine producing just over 20 hp and 27 Nm of peak torque, and it will be paired with a five-speed transmission.