Maruti Suzuki India Limited (MSIL) is planning to launch the Grand Vitara midsize SUV next in the domestic market and is slated to arrive next month. It will take on the likes of Hyundai Creta, Kia Seltos, MG Astor, VW Taigun and Skoda Kushaq. Only recently, the largest car producer in the country introduced the heavily revised Brezza compact SUV.

To further strengthen its SUV portfolio, MSIL is expected to bring in an all-new coupe SUV that will be slotted above the Baleno premium hatchback. Codenamed YTB, the five-seater has been in the rumour mill for a very long time and a few days ago, its spy pictures emerged on the internet giving away an early preview of what is about to come.

The Maruti Suzuki YTB or Baleno Cross will more likely make its world premiere at the 2023 Auto Expo in January before going on sale in February or March. For those who cannot wait, here we have brought you the spy shot based rendering of the Baleno Cross. The front fascia boasts a grille similar to the Grand Vitara and a chrome strip runs across it to connect the sleek LED Daytime Running Lights. 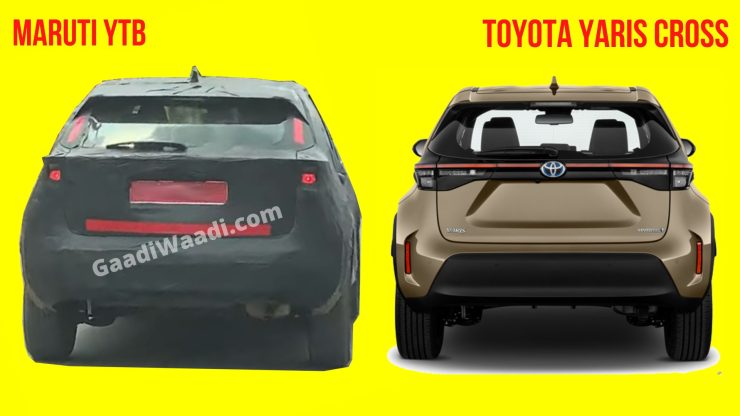 The design of the YTB is heavily influenced by the Futuro-e concept displayed at the 2020 Auto Expo and the production model will have a toned-down appearance. Other exterior highlights are a set of newly designed alloy wheels, a prominent headlamp cluster with chrome housing, a lower bumper air intake, muscular skid plate, chromed window line and door handles.

The test mule had a clamshell-shaped bonnet and the rendering shows blackened pillars and roof rails. The Maruti Suzuki YTB is expected to be sold through the Nexa premium outlets and it will likely be powered by a BoosterJet petrol engine. The interior could have several commonalities with the new Brezza and Baleno. 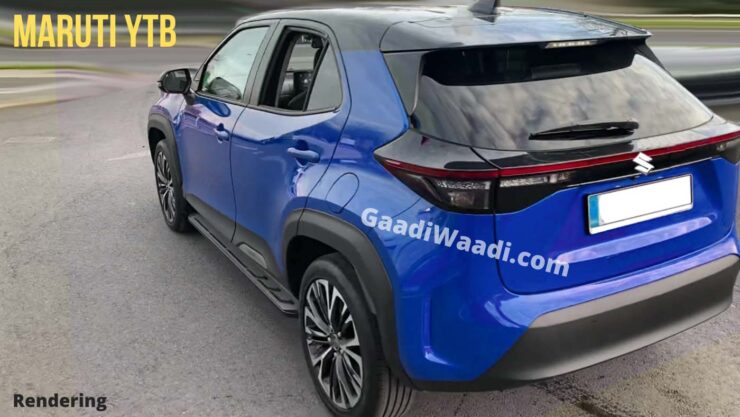 It is believed to sit on the same Heartect platform as the Baleno and will likely feature a nine-inch touchscreen infotainment system, heads-up display, a 360-degree camera system, six airbags, automatic climate control and so on.