Maruti Suzuki and Toyota are working on an all-new midsize SUV for launch later this calendar year. Reports suggest that the trial production of the five-seater has commenced at Toyota’s production facility in Karnataka. Internally codenamed YFG and D22 respectively, the midsize SUV will compete against Hyundai Creta, Kia Seltos, MG Astor, VW Taigun, Skoda Kushaq and so on.

The Maruti Suzuki YFG will likely have an overall length of around 4.3 metres and it could be positioned above the S-Cross or perhaps act as a replacement for it. Previous reports indicate that the YFG and D22 are underpinned by Toyota’s low-cost DNGA platform. However, it may not be the case as the YFG could use the Global C platform found in the global fourth-gen Vitara.

The architecture can also be found in the Vitara Brezza, which is due a big upgrade towards the end of this month with structural improvements. The test mules of both iterations have regularly been caught on camera on Indian roads. The Toyota D22 draws design from the latest crop of SUVs sold by the brand globally including the RAV4 and Corolla Cross. 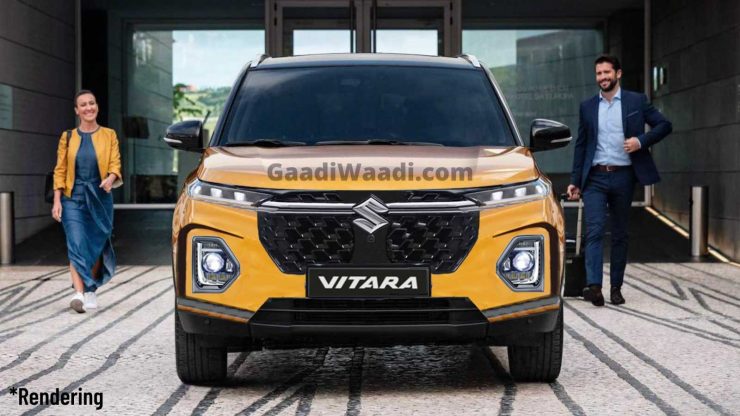 The Maruti Suzuki YFG, on the other hand, has several similarities with the latest Vitara and we do expect the performance to be derived from it too. Here we have shown you spy shots based rendering of the upcoming SUV comprising a wide grille having a chrome bar with a Suzuki badge mounted in the middle, a sharp-looking headlamp cluster and LED DRLs, a muscular bonnet, dual-tone colour scheme, etc.

The Vitara is currently equipped with a K14D Boosterjet engine working in tandem with a 48-volt mild-hybrid system. The 1.4-litre four-cylinder turbo petrol unit develops a maximum power output of 129 PS at 5,500 rpm and 235 Nm of torque at 2,000-3,000 rpm. It could be paired with a six-speed manual or an automatic transmission upon arrival. The mild-hybrid system uses an 8Ah battery and assists with 13.6 PS of additional power and 10 Nm of added torque. 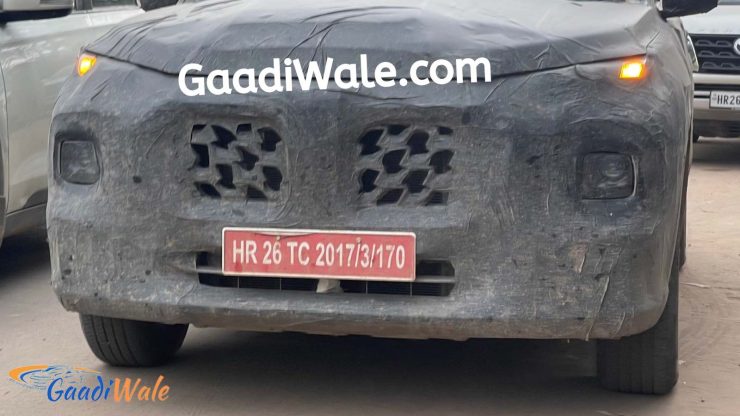 The interior is expected to be feature-rich with the presence of features such as a nine-inch floating touchscreen infotainment system with Apple CarPlay and Android Auto compatibility, automatic climate control, cruise control, HUD, a semi-digital instrument cluster with a large MID, a 360-degree camera system, six airbags, adjustable headrests, etc. Whether ADAS technology will be offered or not is yet unknown.