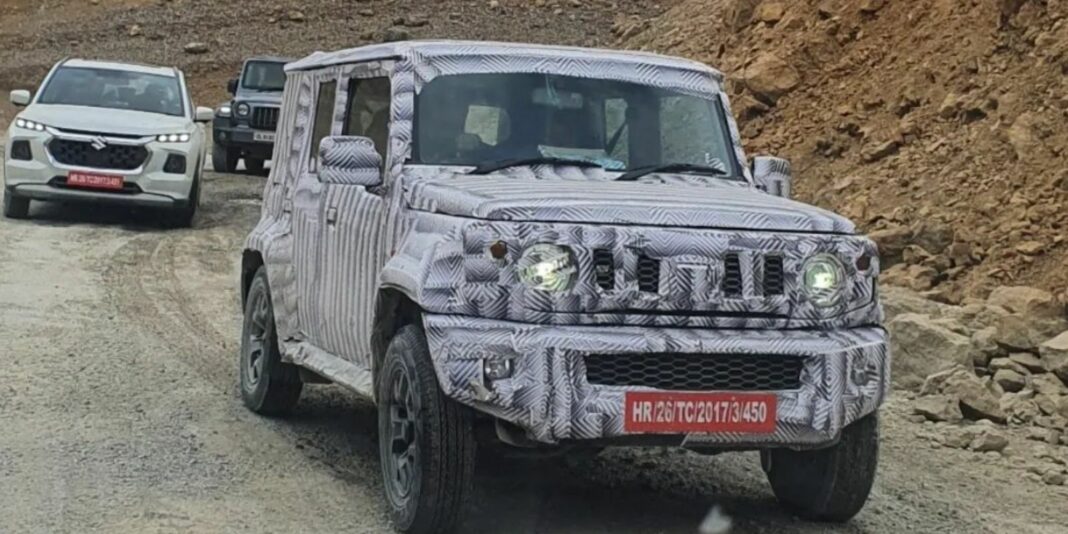 Maruti Suzuki is certainly expanding its SUV portfolio judging by the recent arrival of big guns such as the new generation Brezza compact SUV and the all-new Grand Vitara midsize SUV. The largest carmaker in the country is currently developing a couple of new SUVs: One is based on the Baleno premium hatchback and the other is an all-new lifestyle off-road SUV.

The chances of the Baleno-based YTB SUV coupe and the five-door Jimny debuting at the 2023 Auto Expo in January are high but we do not have any official confirmation yet. The five-door India-spec Jimny has already been caught testing quite a few times in recent weeks and now a new set of spy images shows the camouflaged off-road SUV alongside the Grand Vitara and three-door Mahindra Thar.

The prototype was spied in Leh, Ladakh as it could be undergoing altitude and off-road tests. The five-door Maruti Suzuki Jimny will compete against the upcoming five-door Mahindra Thar and five-door Force Gurkha and it will have a longer wheelbase and changes behind the B-pillar to accommodate more passengers compared to the global three-door version, which is also produced in India for export markets. 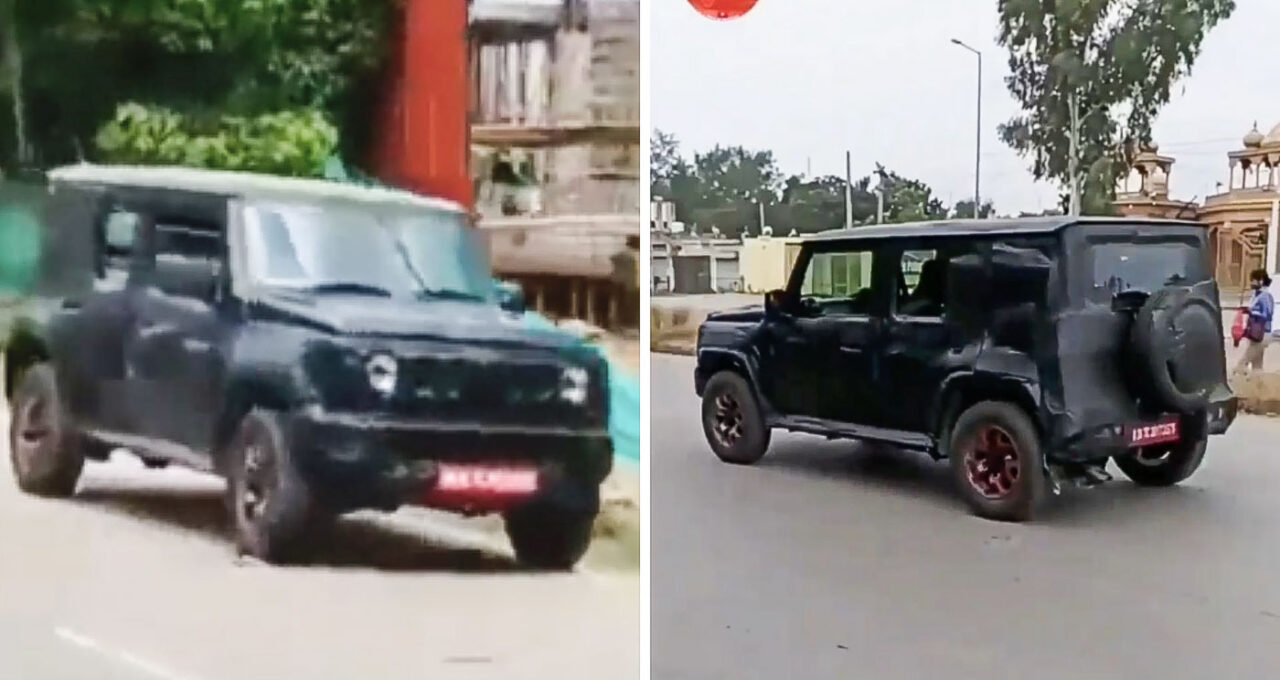 The Maruti Suzuki five-door Jimny will be more practical and spacious and will have good off-road characteristics to take the fight to the Thar. The spied prototype appears to be close to production and the front fascia comprises circular LED headlamps, vertical grille slats, a muscular bumper with fog lamps, a wide air intake with hexagonal inserts, etc.

As for the performance, the 1.5-litre four-cylinder K15C DualJet engine will likely be utilised. It will be paired with a five-speed manual or a six-speed torque converter AT transferring power to all four wheels as standard through the AllGrip AWD system with a manually operated transfer case.