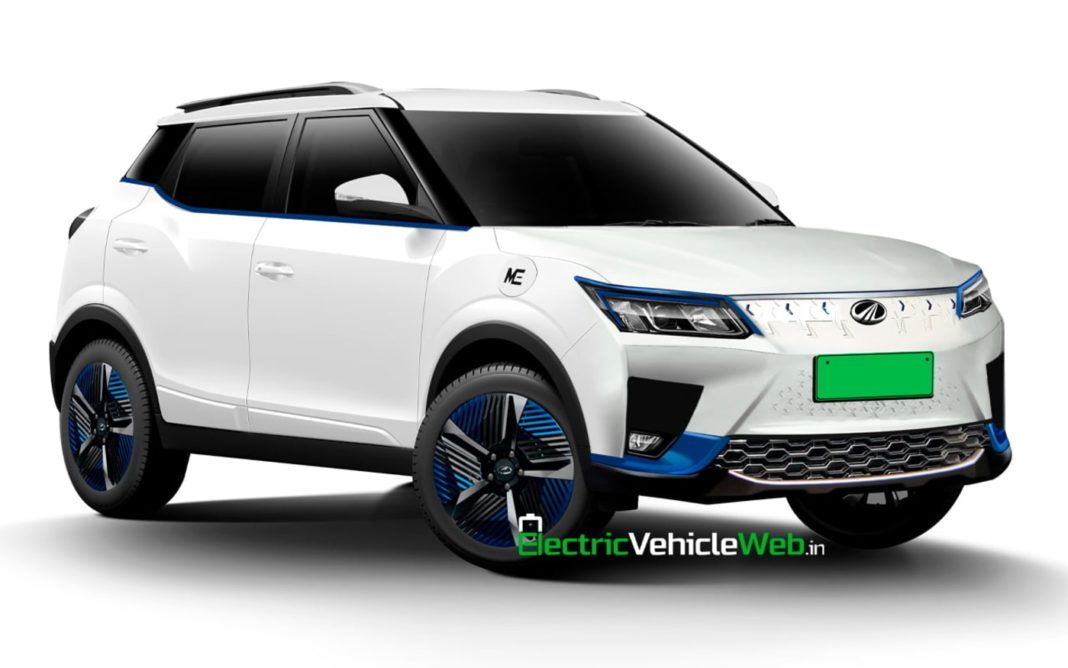 Here, we have a pair of digitally rendered images, which imagine the eXUV300 concept in its production-spec version

Earlier this year, during Auto Expo 2020, Mahindra showcased the battery-powered concept car based on the XUV300, dubbed the ‘eXUV300’. The vehicle is expected to share its electric powertrain with the upcoming SsangYong E100, the first electric SUV by the South Korean manufacturer. The Mahindra eXUV300 concept showcased at the Expo had plenty of styling changes over the regular XUV300, and it also had some wild design details, which will probably be toned down for the production version.

Here, we have a digital rendering which gives us an idea of what the upcoming Mahindra EV will look like in its final production form. At the front end, we see a conventional headlamp design, unlike the diamond-shaped LED cluster on the concept. The foglamps have also received the same treatment, and are placed towards the bottom of the bumper, just like on the regular XUV300.

As this is an EV, the front grille remains shut except for a few small slits. The air dam, however, is quite wide, to allow cooling for the battery and electric motor. On the sides, we see a set of funky-looking alloy wheels, along with dual-tone ORVMs. 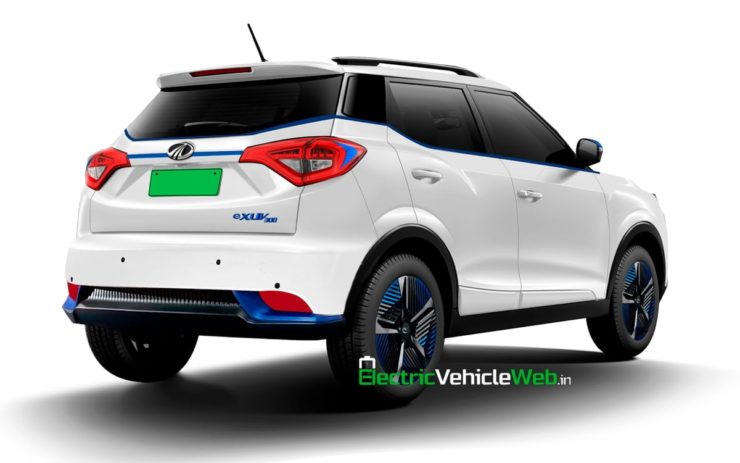 At the rear, see the same taillamp design as the fossil-fuel-powered XUV300, along with the short and stubby tailgate. The rear bumper gets a faux diffuser at the bottom, just like on the concept. The eXUV300 also gets a lot of blue-coloured accents all throughout its body, which makes it easy to recognise this car as an electric vehicle.

While the specifications of the Mahindra eXUV300 are not yet known, Mr Mahesh Babu, CEO of Mahindra Electric had stated that it will offer a driving range upwards of 370 km. In comparison, its closest competitor, the Tata Nexon EV, offers an ARAI-certified driving range of 312 km. If Mahindra’s claims are tested true, then it would have a significant advantage over its rival. 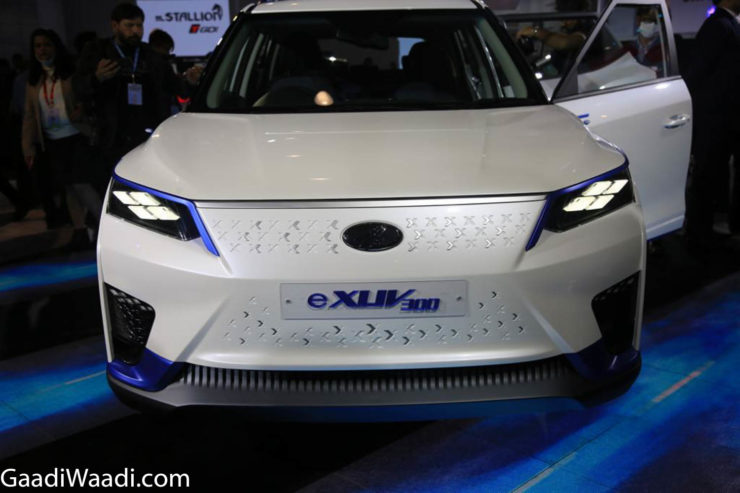 Mahindra is also expected to offer better equipment on the EV as compared to the XUV300, like a larger touchscreen infotainment system and connected car tech. It will also get premium fabric upholstery with blue accents. There is no official launch window for the eXUV300, but we expect Mahindra to unveil the EV in the first half of 2021. It is expected to be priced between Rs. 16 lakh and Rs. 18 lakh (ex-showroom, New Delhi).