KTM 390 Adventure is one of the most awaited products to be launched in the country. We were expecting the company to introduce the model at EICMA last year instead the company revealed the 790 Adventure. The 390 Adventure production model is expected to be revealed at 2019 EICMA followed by India launch.

The prototypes of 390 Adventure has been spotted testing in Pune but it is slightly different to the European spec model and the company might be developing two variants. The regular 390 Adventure might come with alloy wheels and a different tuning for the suspension setup as it is more suited to be used for touring.

The 390 Adventure R model could get the spoke wheels (test mule spotted in Europe get spoke wheels) and the suspension might be tuned for off-roading. But we are expecting most of the mechanical parts to be carried over like the brakes and engine. The Adventure model will be powered by the same engine from 390 Duke. 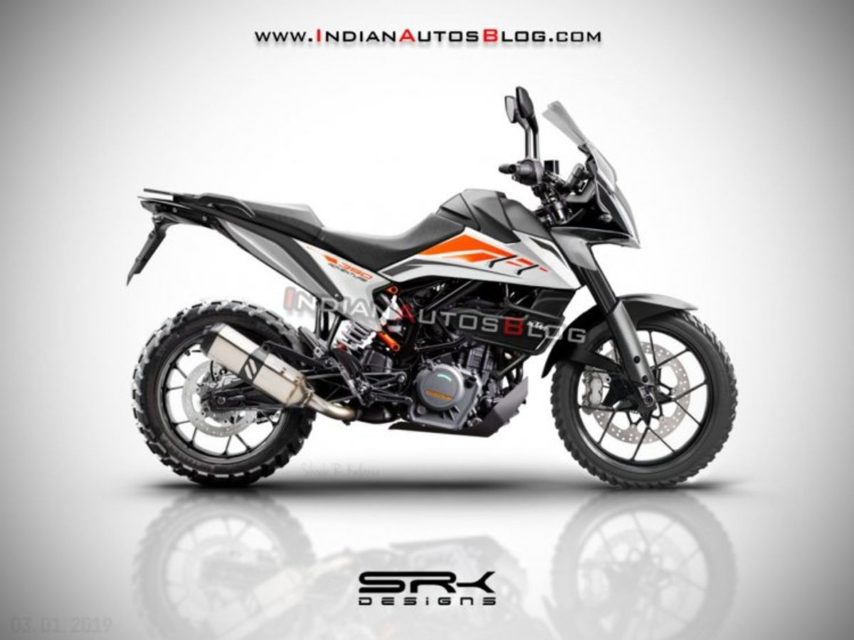 The 373 cc single cylinder liquid cooled fuel injected engine produces 43.5 hp of max power at 9,500 rpm and 35 Nm of torque at 7,250 rpm. This engine is mated to a 6-speed gearbox and the tunning will be different to the 390 Duke. We can expect large gear ratios compared to the shorter ones on the naked bike, which will make it a better touring machine.

The front wheels will be 19-inch while the rear will be 17-inch and it could come with multi-purpose tyres for good grip in the road and off-road conditions. KTM will offer dual-channel ABS system as standard along with slipper clutch, ride-by-wire system and the company might offer advanced technologies like traction control also.

The design of Adventure 390 takes inspirations from other KTM models as the front get LED headlamps along with big visor. The fuel tank gets a muscular design theme and the company has given split seats. The rear also comes with an LED tail lamp and LED indicators. The Adventure bike comes with upside down forks and mono-suspension at the rear. KTM is expected to price the Adventure 390 aggressively in India and it is going to compete against BMW G310 GS.