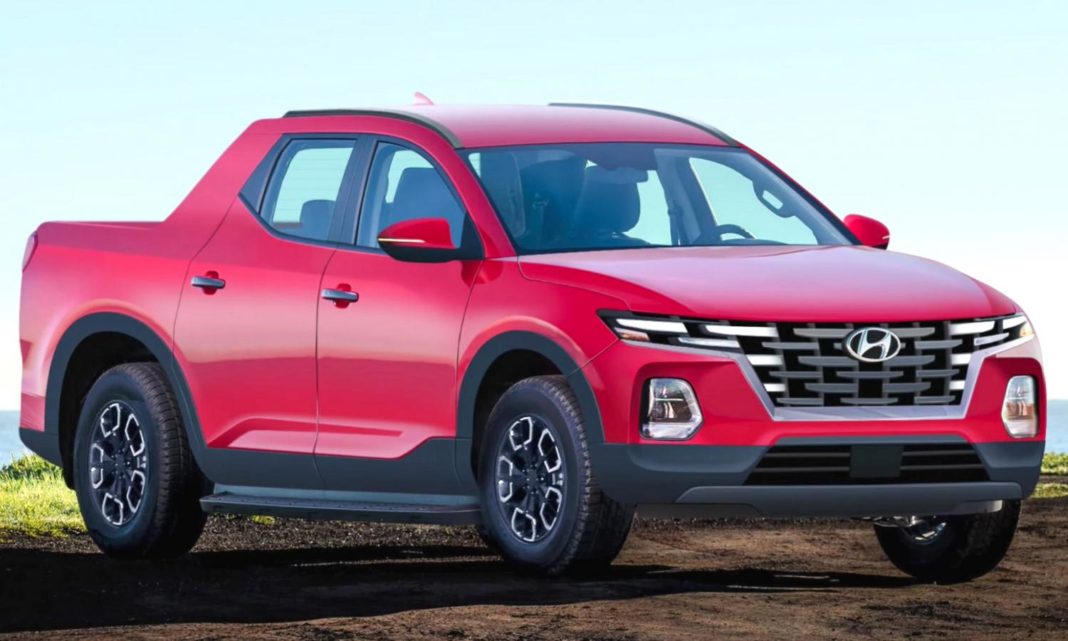 Hyundai unveiled the Santa Cruz pickup truck concept at the NAIAS (North American International Auto Show) five years ago and it gained tremendous attention. Ever since its debut, speculations floated across the internet about the possible production model but only recently the first set of spy pictures were caught on camera, putting legitimacy into the context.

The first modern pickup truck from Hyundai was spotted testing in Europe and based on the test mule, the production model has been imagined digitally. The Santa Cruz concept is certainly a wild take on Hyundai’s design philosophy followed back then and as you may already know, the brand tends to constantly upgrade its styling to meet the ever changing needs of the customers.

However, compared to the concept, the production model will certainly have a toned down appearance and that is where the rendering comes into significance. KKS Studio’s imagination suggests that the lifestyle pickup truck uses a front grille derived from the Santa Fe. Don’t be surprised if it turns out to be the case, as the road-going Santa Cruz will more likely be based on the Santa Fe premium crossover.

To accommodate the LED Daytime Running Lights, the renderer has tweaked the edges of the grille and the bumper section comprises of a boomerang-shaped fog lamps and the wide air intake in the lower middle portion alongside underbody protecting skid plates. The black body cladding on the sides as well as around the wheel arches and the wheels get a new design.

The rendering does not possess an aggressive stance for the production Santa Fe and in reality it won’t be the case as the pickup truck will have to compete against some of the bold looking mid-size models including the Jeep Scrambler and Ford Ranger in the United States. With a unibody construction, the Santa Cruz will be rolled out of Hyundai’s production base in Alabama.

Expect it to have two engine choices as a 2.4-litre unit producing 185 horsepower and a smaller 2.0-litre turbocharged motor kicking out 238 horsepower could be utilised. The global premiere could be hosted towards the later stages of this year before entering the international markets in early 2021.