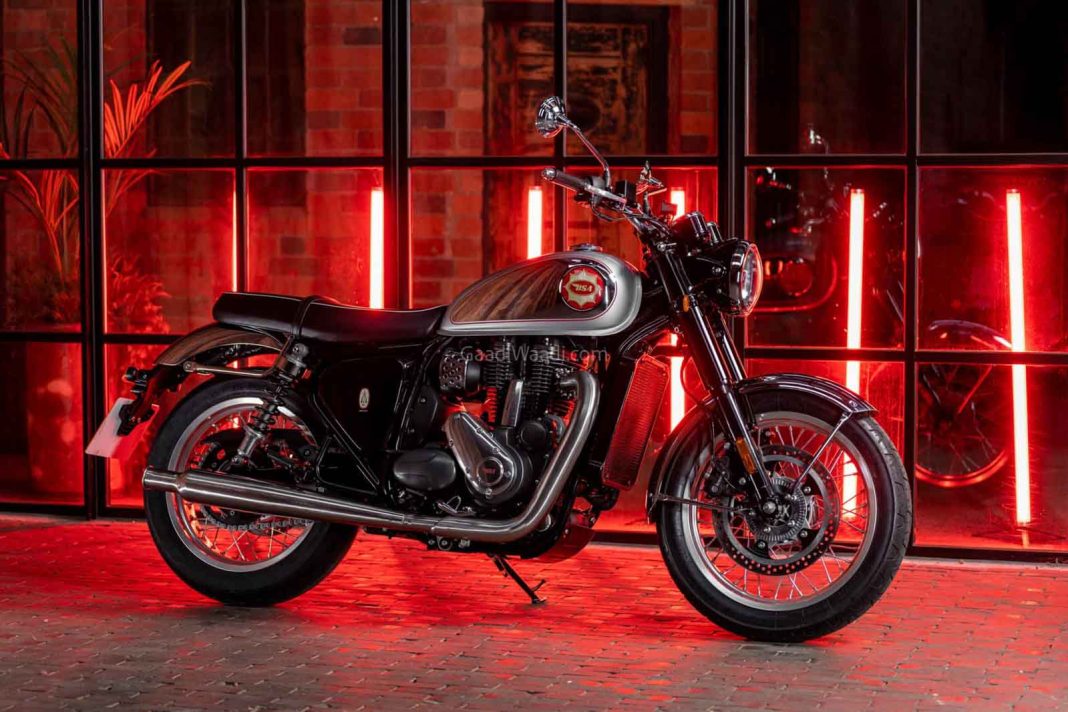 It is no secret to anyone that BSA is currently working on launching the Gold Star motorcycle in the Indian market to take on the rivals like the Royal Enfield. The Indian-spec iteration of this retro-style motorcycle was recently spied in its production-ready stage and boasts a classical look complemented by chrome panels and conventional spoke wheels.

While the brand is yet to comment on the official launch date of the bike in India, reports suggest that the BSA Gold Star will be introduced in the country somewhere in 2023. From what we know so far, the new BSA Gold Star in India is likely to feature a semi-digital twin-pod instrument cluster with an analogue speedometer and LCD odometer on the left side and a tachometer and a digital fuel gauge on the other.

Furthermore, the bike also features a round halogen headlamp design that complements the overall retro-styling of the bike. Likewise, it will get a teardrop-shaped tank with a circular BSA badge and a flat single-piece seat. It also gets chrome mudguards along with conventional spoke-wire wheels. 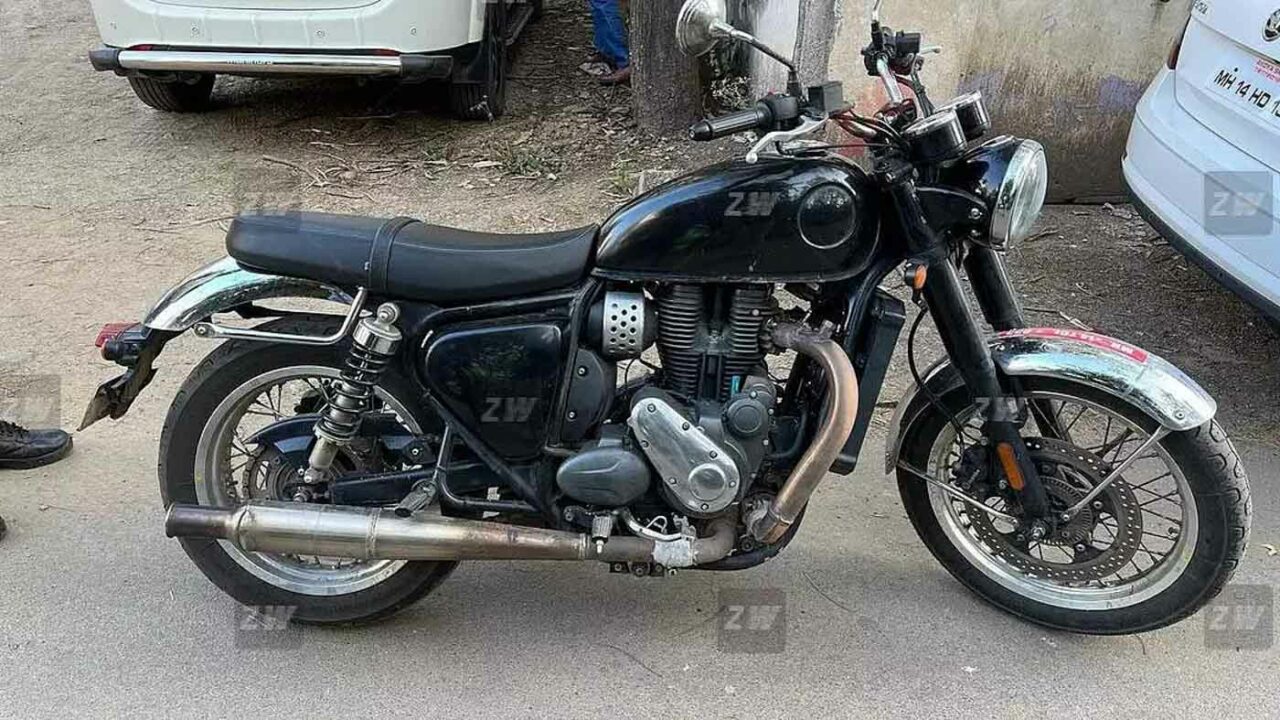 We see a similar chrome treatment on the headlight bezel, round rear-view mirrors, engine block, and on rear shock absorbers. The new BSA Gold Star is also likely to feature 41 mm telescopic suspension at the front and a twin-shock setup at the rear. The braking duties will be handled by disc brakes at the front as well as the rear. The braking setup is also likely to be offered with dual-channel ABS as standard.

For those wondering, the bike is likely to be powered by a 652 cc, single-cylinder, liquid-cooled, petrol engine. This engine churns out a maximum power output of 45 bhp and a peak torque output of 55 Nm. A five-speed manual gearbox will come mated to this single-cylinder engine. 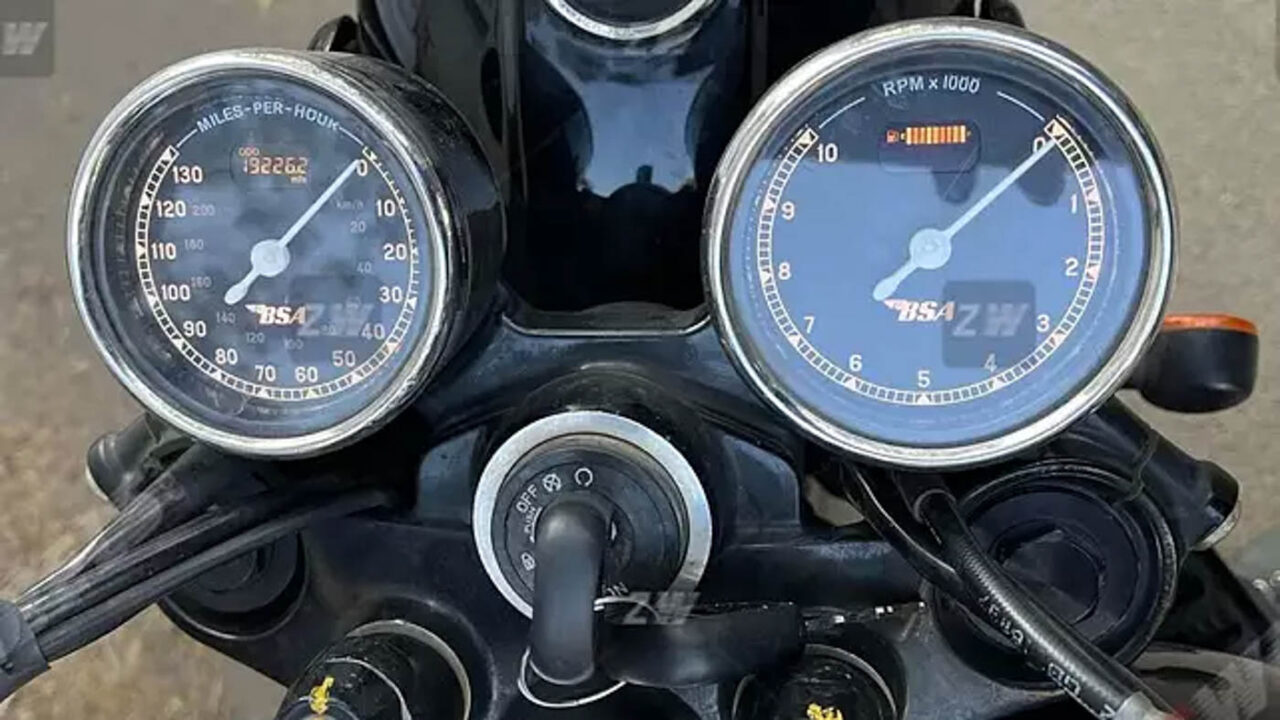 The BSA Gold Star price in India is expected to start from Rs 4.5-5 lakh (ex-showroom) for the base-spec version. The brand is currently owned by Mahindra’s Classic Legends and is currently working on expanding its line-up in Europe and the US.