Tata HBX/Hornbill will likely be offered with a sole 1.2-litre three-cylinder Revotron NA petrol engine producing 86 PS and 113 Nm, coupled with a 5-speed MT and an optional AMT

Tata Motors showcased a micro-SUV concept at the 2020 Auto Expo called the ‘HBX’, the production version of which will likely be called Hornbill. While the car was revealed in a pre-production form, the production-ready version has been spied on test a host of times in the past.

This time around, two camouflaged prototypes of the HBX have been spied on test together, and both of them are probably the entry-level variants of the car. The Tata HBX is expected to be launched in the Indian market in the coming months, and upon launch, will put up against the likes of the Mahindra KUV100 NXT as well as the Maruti Suzuki Ignis in the country.

Tata Motors is bidding high on the HBX/Hornbill, and the carmaker believes that the micro-SUV could help increase its market share to 10 per cent. The HBX will be based on Tata’s Impact 2.0 design language, which is the same as the Harrier and newly launched 2021 Safari. Hence, the HBX will feature a muscular front-end with a split headlamp setup. The car will likely be equipped with faux skid plates on both ends, which will enhance its overall rugged appeal. 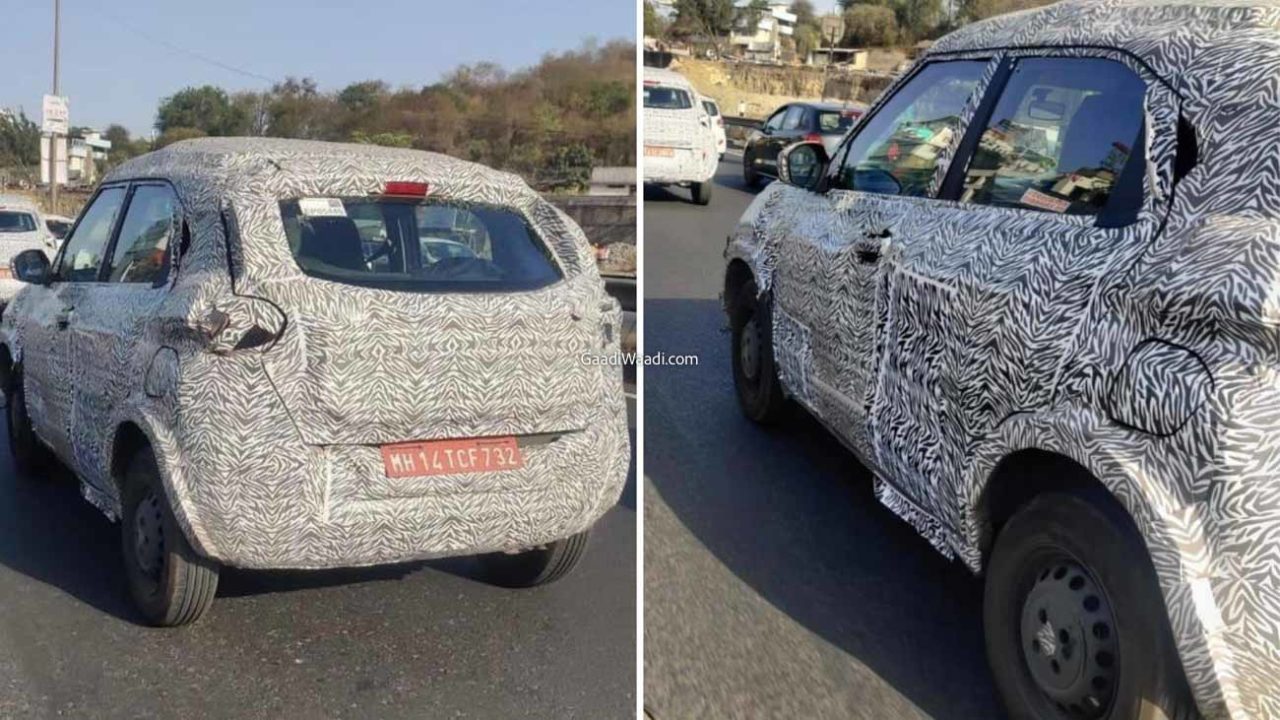 At the rear, the HBX will be seen wearing tri-arrow shaped LED taillights. The test mules also reveal that the HBX’s rear door handles will be placed on the C-pillar. The most recent test mules featured steel wheels as well as fixed head restraints, suggesting that it could be the entry-level variant.

Powering the HBX will be a 1.2-litre three-cylinder Revotron naturally aspirated petrol engine producing 86 PS of max power and 113 Nm of peak torque. The car will likely be offered with a 5-speed manual transmission and an optional automatic gearbox.

Tata is expected to price the HBX around the Rs. 4-5 lakh (ex-showroom) mark, which means that it will go on to become the most affordable SUV in Tata’s portfolio upon its arrival, taking the tag from Nexon.