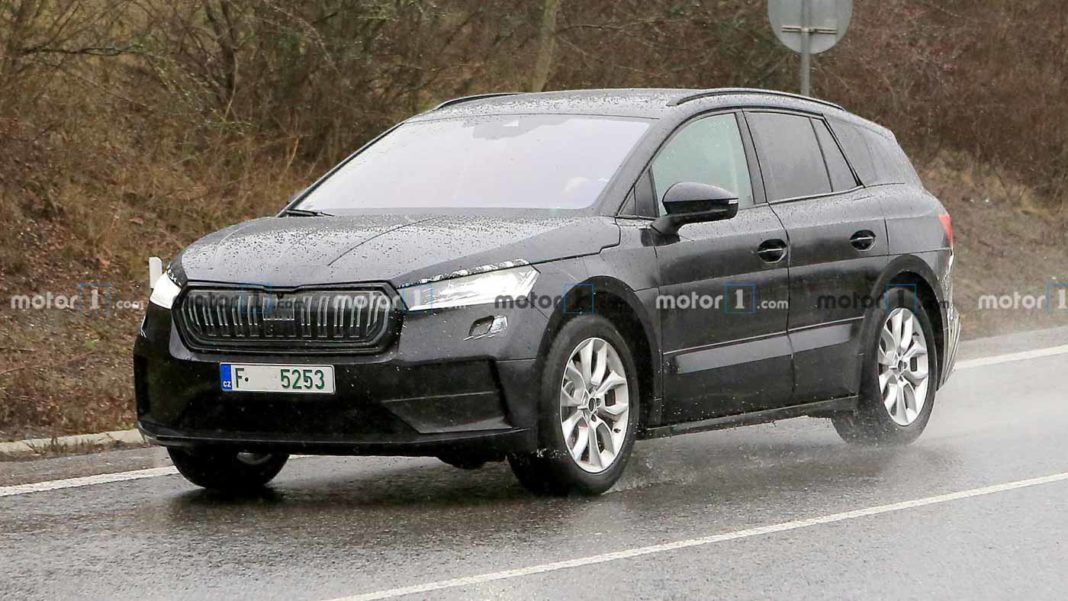 The Enyaq will be Skoda’s second fully electric car, and will be the first Skoda car to be based on the brand’s MEB platform

Skoda Auto currently has only one fully-electric vehicle in its lineup, i.e. Citigo iV. Now, the Czech-origin brand is in the final stages of the production of its second electric car, which has now been spied on test in near-production form. The ‘Enyaq’ will become the first Skoda vehicle to be built on the Volkswagen Group’s MEB platform, just like the VW ID.4.

The latest Enyaq prototype was spotted on a highway near the manufacturer’s headquarters in Mladá Boleslav, and was covered in deceiving camouflage, in order to hide its true form. Skoda is expected to reveal the production-ready version of the car in the following months, followed by a launch later.

While the Skoda Citigo iV comes with front-wheel drive setup, the Enyaq will be offered with a RWD configuration, and could also get an AWD layout, just like the ID.4. Skoda earlier confirmed that the Enyaq will have a range of around 311 miles, or 500 kilometers on the WLTP test cycle. In terms of power, the dual-motor trims could generate about 302 hp of max power, similar to the Vision iV. However, the rear-wheel drive trim would likely produce lesser power. 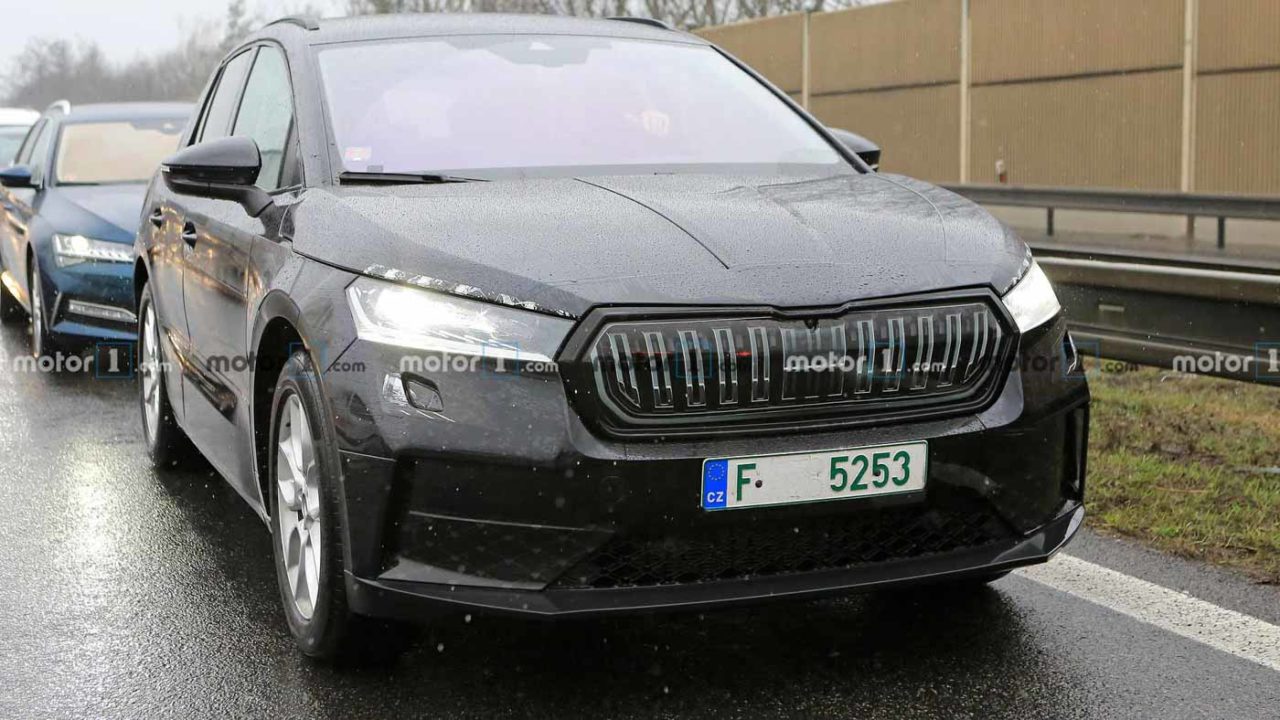 The interiors of the car have also been spied, and it bears a striking resemblance to the Vision iV concept, and sports a large floating touchscreen infotainment system which will come with connected car-tech. It also gets a digital instrument cluster, while Skoda has retained a mechanical handbrake for the car.

The production-ready Enyaq will officially be revealed later this year, and will go on sale in 2021. The car will be targeting A-segment customers in the European markets, and Skoda also claims that the segment will have no direct rival. 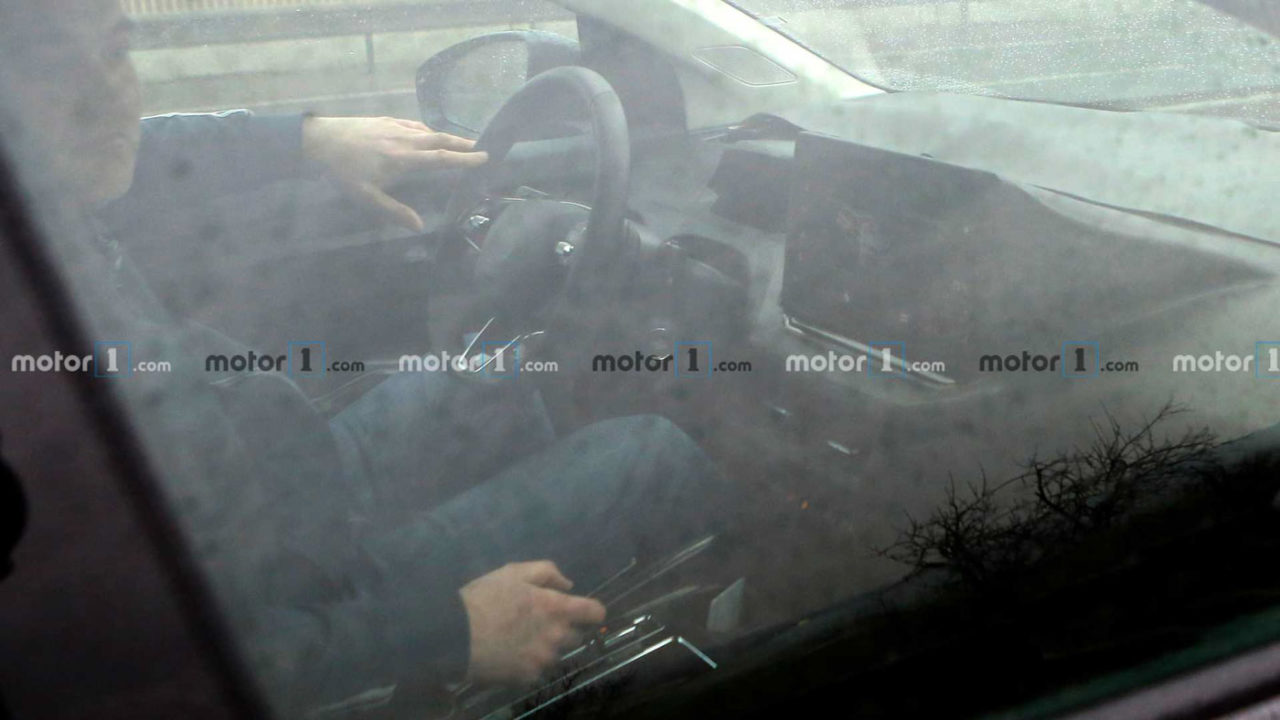 On the other hand, Skoda is currently working bringing a mid-size SUV, which will be based on the Vision IN concept at the 2020 Auto Expo last month, and will be launched by the end of this year, or early 2021.