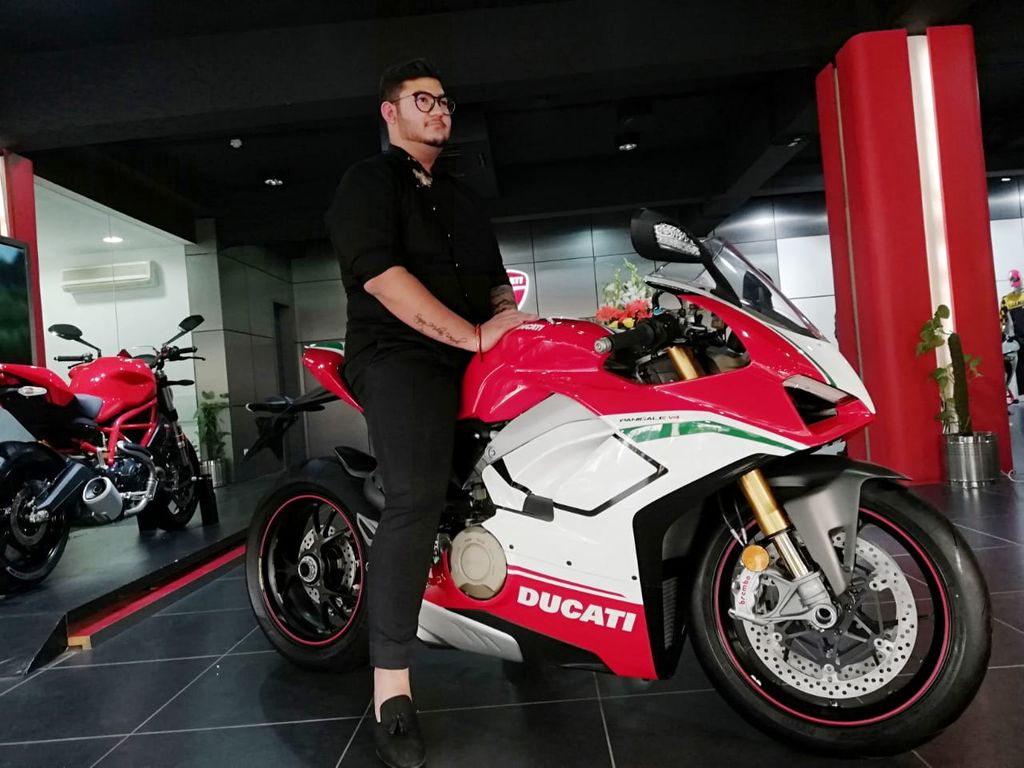 Ducati officially revealed the Panigale V4 Speciale at EICMA, 2017 and this high-performance litre class bike is limited to just 1500 units around the world, which makes it even more special. The Panigale V4 Speciale is priced at Rs. 51,81,000 (Ex-Showroom) and it is available across all Ducati dealerships in India.

The Italian manufacturer has delivered the first Panigale V4 Speciale in India to motorcycle enthusiast Karthikey Uniyal and the company is expecting more bookings for the special edition performance model in the coming months. The Panigale V4 Speciale is basically the road going version of Ducati’s Moto GP machine.

The suspension duties are done by fully adjustable Ohlins electronic suspensions with NIX-30 USB forks at the front and TTX36 monoshocks at the rear, which is tuned to improve handling and stability of the performance bike at high speeds. The suspension system also gets a steering damper system from Ohlins and it is exclusive for Speciale model. 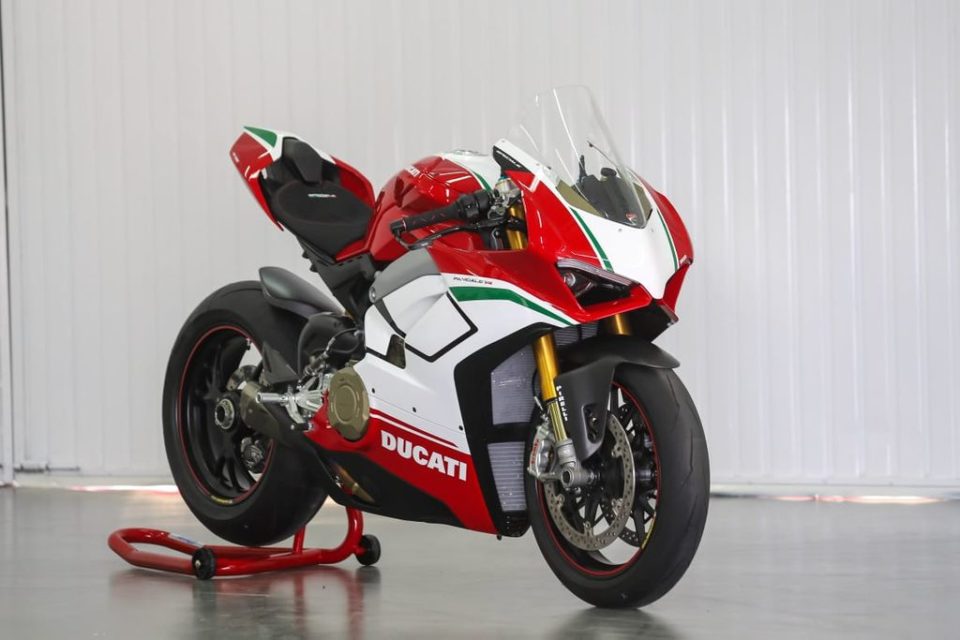 The Panigale V4 Speciale is finished in unique tri-colour livery to make it stand out. Some of the technical elements include billet steering plate with screen-printed logo and progressive number, Alcantara seat covered with precious Ultrasuede or the carbon heel guards. The performance bike also comes with Ducati Performance by Akrapovic Titanium full-racing exhaust system.