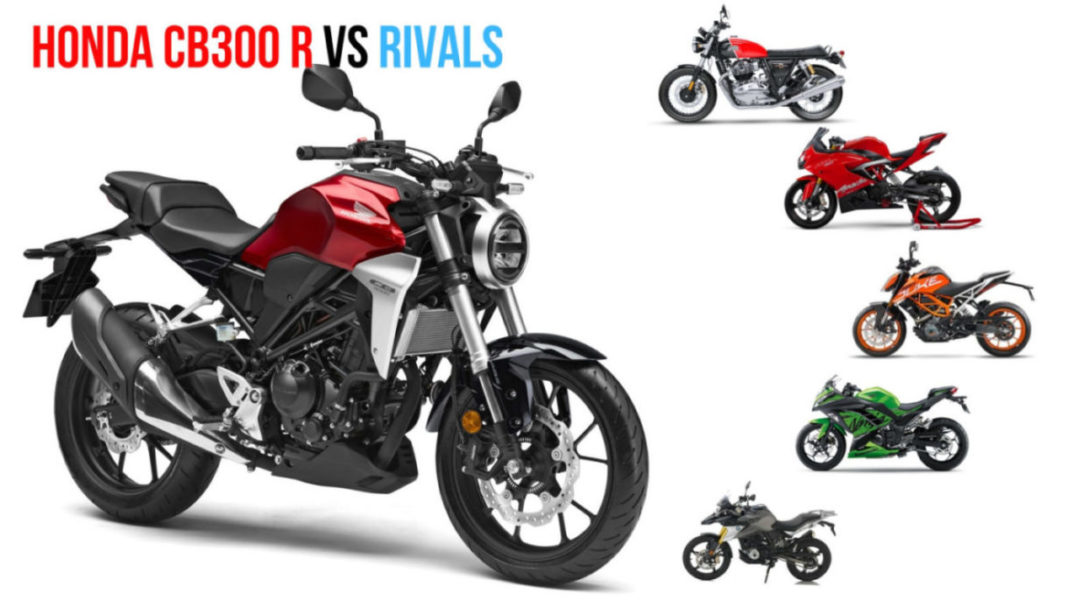 Honda launched the much awaited CB300R in India today priced at Rs 2.41 Lakhs (ex-showroom). The CB300R happens to be the Japanese two-wheeler manufacturers smallest capacity motorcycles sold in India via the CKD route. Despite being sold via the CKD route we must all agree that the CB300R is still priced quite aggressively.

The motorcycle takes its design cues from the bigger and more powerful CB1000R and will compete directly against some other contenders like the BMW G310 R, Royal Enfield Interceptor 650, KTM Duke 390, KTM RC 390, Bajaj Dominar 400, Mahindra Mojo 300 and lastly Royal Enfield Continental GT650 all priced in between Rs 2-3 Lakh.

The Honda CB300R will lock its horns with the flagship Bajaj offering the Dominar 400. The Dominar 400 also happens to be the most affordable motorcycle amongst the lot. For all your information Bajaj will soon be launching the 2019 Dominar 400 which will get plenty of premium features including a USD suspension setup, informative instrument cluster (the fuel mounted unit will now provide more information).

Expect the upcoming Dominar to be priced at least Rs 15-20 thousand more than its predecessor. With the new prices, the 2019 Dominar 400 will still be the most affordable motorcycle which offers almost everything (it gets a dual channel ABS system, slipper clutch full LED lighting setup). The Dominar also produces more power and torque as well from its KTM Duke 390 derived engine.

Here is also the list of the Honda CB300R versus its rival prices.

No one can deny the fact that the fiercest rival of the CB300R is definitely the KTM Duke 390. The KTM Duke 390 is priced at Rs 2.43 Lakh (ex-showroom) while the CB300R is priced at Rs 2.41 Lakh (ex-showroom). Now if we compare both the motorcycle side by side, then there is no doubt in the fact that Duke 390 offers more power and torque and is also the more sportier motorcycle amongst the duo. 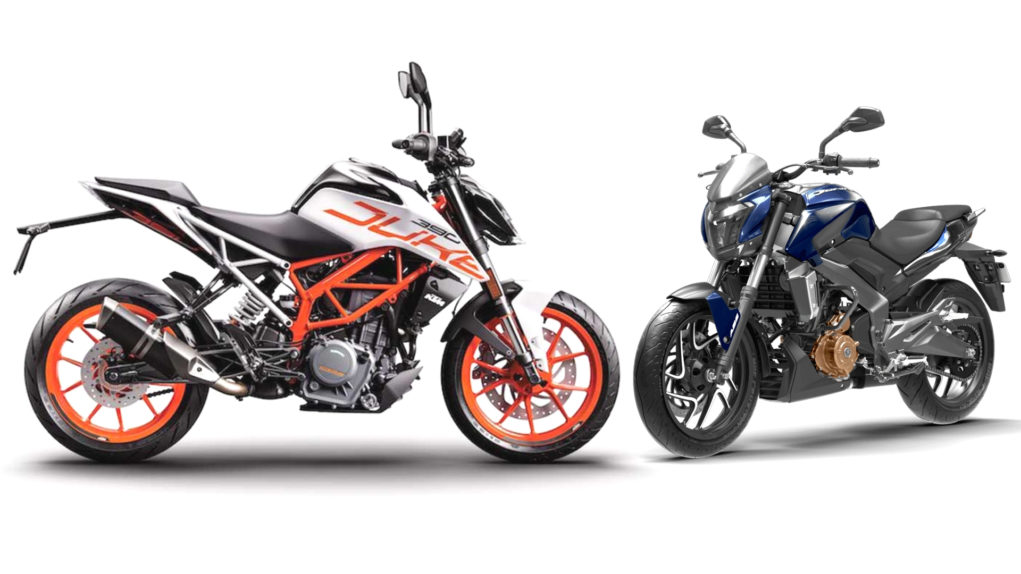 If we talk about features the CB300R offers an all LED lighting, dual channel ABS system just like its rival but misses out the slipper clutch, ride by wire throttle, Smartphone connected TFT instrument cluster which the Duke390 gets as standard.

The Honda CB300R also rival the likes of the fully faired KTM RC390. The RC 390 is priced at Rs 2.41 lakh (ex-showroom) which is equivalent to its Japanese rival. The RC390 offers a full fairing, more power, and torque but what it lacks though is rider comfort. The RC390 is a complete track-focused machine which you can ride on the road while the CB300R is naked streetfighter which promises to offer a much more comfortable ergonomics and also better and well-padded seats than the RC390.

Compare the recently launched Honda CB300R with the entry-level motorcycle from the premium German brand BMW then there is no doubt that the CB300R is cheaper than the BMW G310R by almost Rs 60,000. To be quite honest the Honda CB300R also provides more features at this price point.

The CB300R is powered by a 286cc, liquid-cooled, DOHC, single-cylinder engine which produces about 30.9 bhp of peak power at 8,500 rpm and peak torque of 27 Nm at 7,500 rpm. The BMW G310R, on the other hand, is powered by a slightly bigger 313cc, water-cooled, single-cylinder 4-stroke engine. This engine puts out about 34 Hp of peak power and 28 Nm of peak torque which is exactly 3 more horses than a motorcycle which costs approximately Rs 60,000 less.

The Honda CB300R will also rival the likes of the Royal Enfield Interceptor 650 and the Continental GT 650 which are priced at Rs 2.5 lakh (ex-showroom) and Rs 2.65 Lakh (ex-showroom) respectively. Although both the 650 twins are more powerful motorcycles than the CB300R but are priced quite aggressively.

In fact the RE 650 twins are the cheapest twin cylinder motorcycle available in India at this moment. Both the 650 Twins share almost everything with each other including the engine, chassis, brakes and suspension setup. It definitely will not be a good idea to compare the RE 650 twins with the CB300R based on their engine specifications but the Honda CB300R does offer a lot more feature than its rival here for sure.

The CB300R gets an all LED headlamp, LCD instrument panel that offers plenty of information including a gear shift warning light etc. The 650 Twins, on the other hand, sticks to the basic instrumentation and features that you generally expect from a retro-themed motorcycle. Fortunately, the RE 650 twins do offer a dual channel ABS system and a slipper clutch for the rider aid.