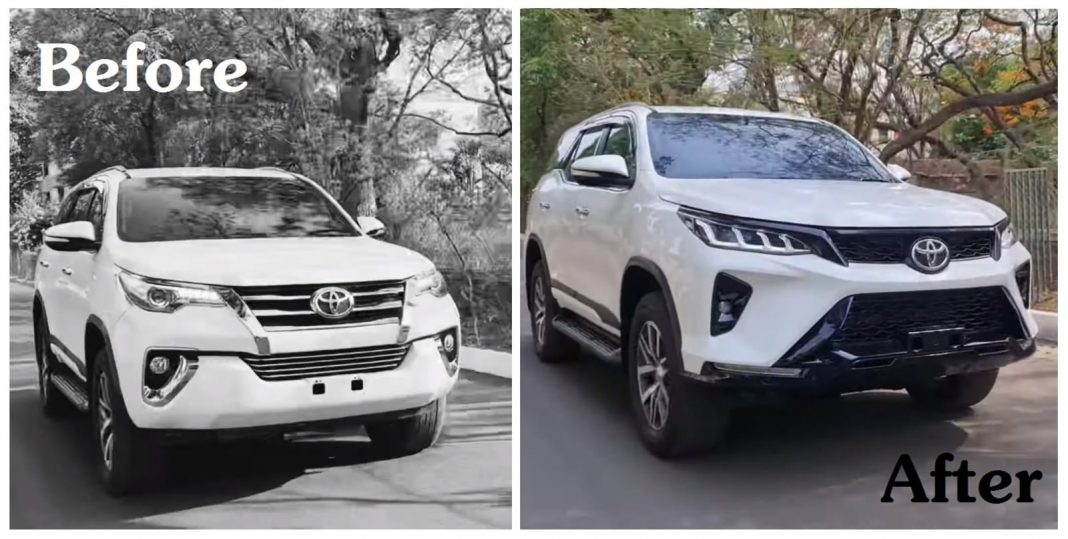 Check out this customised Toyota Fortuner (pre-facelift model), which has been skilfully transformed into the new Fortuner Legender

In February of this year, Toyota launched the Fortuner facelift in the Indian market, along with a new top-spec variant named ‘Legender’. Toyota Fortuner Legender sports a few changes over the regular Fortuner, including a restyled front fascia, different interior theme and cabin trim, and a few additional features.

Recently, we came across a video on the internet, in which a pre-facelift Toyota Fortuner [2016 – 2021 model] was transformed into the new Fortuner Legender, thanks to a custom kit. The modification was performed by Poona Motors, a custom workshop and accessories dealer based in Pune, Maharashtra.

In the video, we first see an old Fortuner, which is then taken to a workshop and worked upon. The changes to the SUV include new bumpers (both front and rear), along with new LED headlights (with integrated LED DRLs), fog lamps, and sequential LED turn indicators at the front. The headlamps seem to be OEM units, but we’re not sure. The front grille is also new, and it looks identical to the one on the Legender.

Although the modifications are quite limited, they give the SUV a completely new look. It cannot be denied that the 2021 Toyota Fortuner Legender has a lot of road presence, and this customised model perfectly captures the essence. Also, this custom kit didn’t require any mechanical alterations to the vehicle, which is a huge positive point. The cost of the modification has been reported at around Rs. 2 lakh, which isn’t too steep.

In the Indian market, the Fortuner Legender is available in a single variant. It has a 2.7-litre turbo-diesel engine (204 PS/500 Nm) under the hood, mated to a 6-speed torque-converter automatic gearbox. The Legender is available exclusively in RWD configuration, which is a little disappointing, to be honest. In contrast, the standard Fortuner is available with a 4WD option, but only on the diesel version. 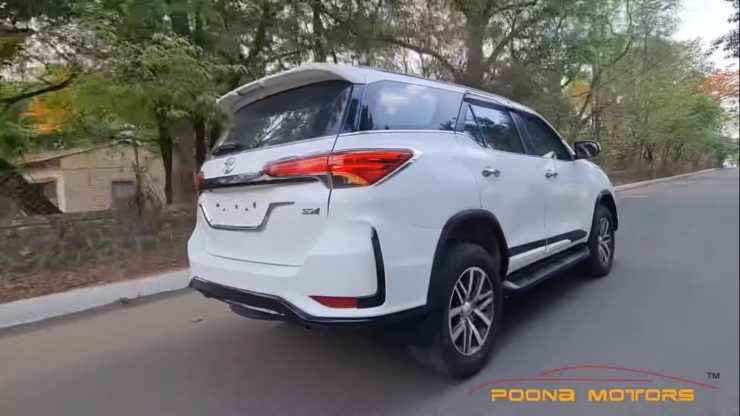 Toyota Fortuner Legender is currently priced at Rs. 38.30 lakh in India, while the standard Fortuner’s price ranges from Rs. 30.34 lakh to Rs. 37.79 lakh (all prices mentioned are ex-showroom, New Delhi).