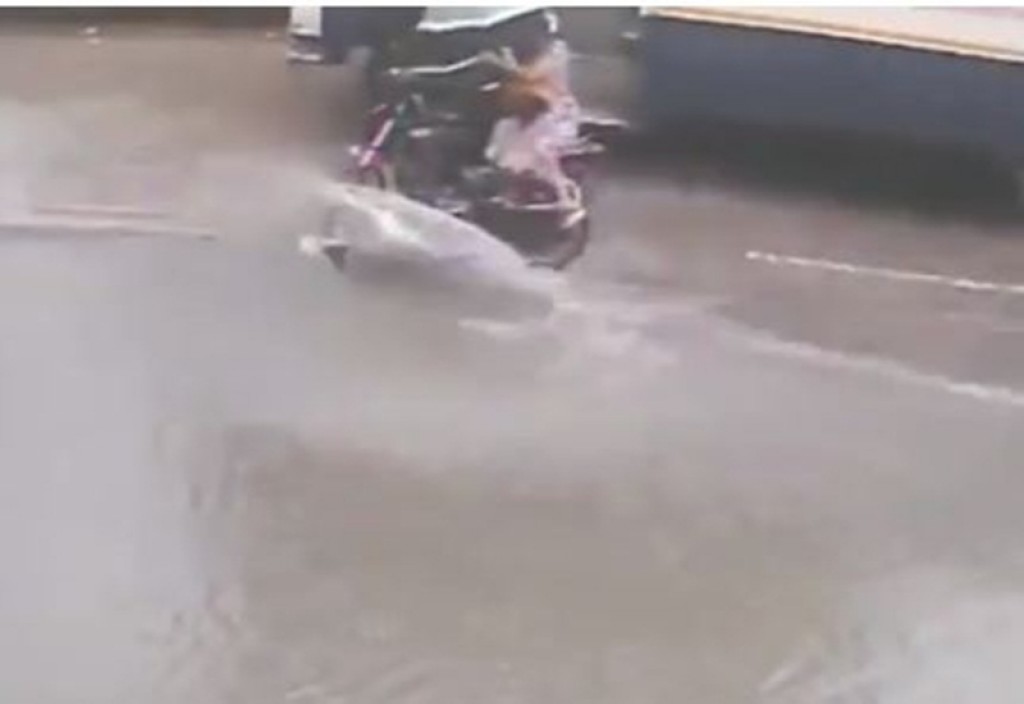 This is not an one-off incident or problem in Mumbai alone, it is happening all over India and this time caught on CCTV revealing the tragedy

In recent years, our road infrastructure has improved a lot, even though we have good roads, they are not maintained well and during monsoons all these potholes will be filled with water. Most of the people won’t be aware about it, which will lead to accidents in city and highway.

Across India, the numbers of accidents during monsoon are really high and the main reason for this is due to bad roads. Mumbai roads are famous for its pathetic condition during any weather condition and it become even more worse during rainy season. A woman from Thane died after she was thrown off from bike and this is not the first time it has happened.

Manisha Bhoir was the un-fortunate victim this time as she was going home with a family member in bike. She was holding an umbrella to protect her from rain and suddenly the bike hit a pothole. The rider lost balance and fell, while she was thrown to right side and a bus ran over her. The whole incident was captured on CCVT camera.

It was not the fault of rider or bus driver as the main reason for this accident is pothole as rider couldn’t see the pothole as it was filled with water. Even though people went to pull her out, the bus has already moved forward and killed her instantly. Every year so many people lose their lives just because of these potholes.

This is not an one-off incident or problem in Mumbai alone, it is happening all across India and this time it was caught on CCTV to reveal the tragedy to nation. Since Saturday, it is raining heavily in different parts of Mumbai and most of the lower places are under water along with roads, causing heavy traffic in city and highway.

Some of the railway tracks are also under water. The most vibrant city in India slows down during rainy season because of bad road condition and state government is not taking initiative to make them better. If they had done proper maintenance before monsoon this accident wouldn’t have occurred. Let’s hope that the officials will take a decision soon and we ask everyone to be extra careful while riding or driving in rain.