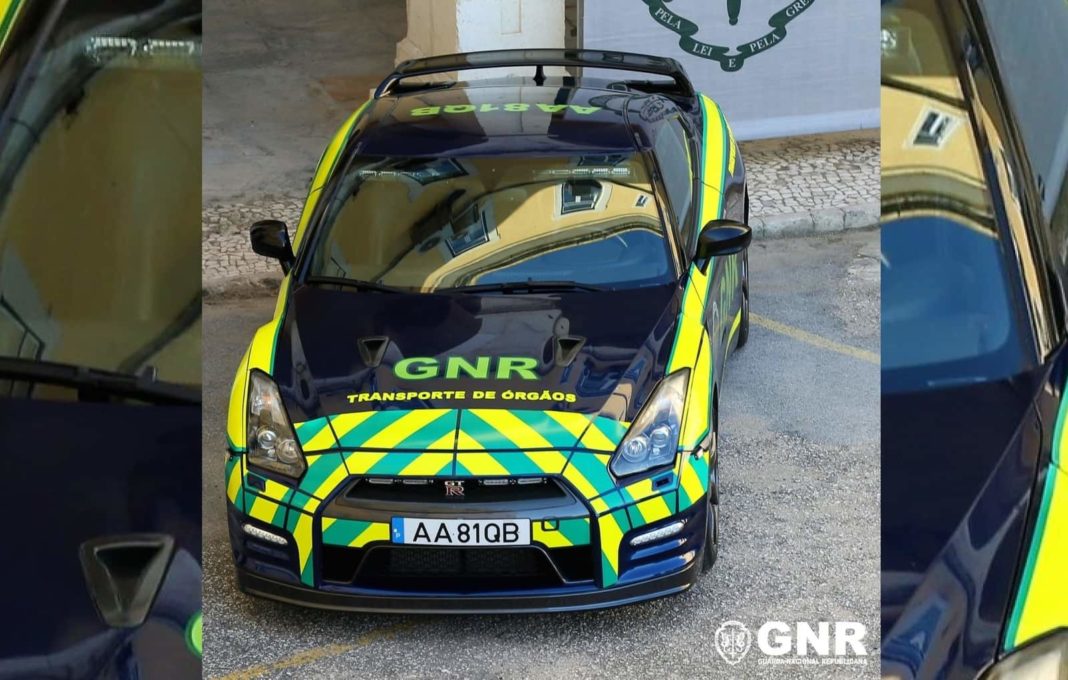 The Nissan GT-R in question was seized during a criminal proceeding, and has been repurposed into an organ transportation vehicle

Portugal’s National Republican Guard has added a new vehicle to its garage – a Nissan GT-R. The vehicle will be used by the department exclusively for transporting human organs. The sportscar was seized by authorities during a criminal case, seemingly alongside another car, and the state decided to put it to good use, saving lives by transporting organs.

The Guarda Nacional Republicana (National Republican Guard of Portugal) posted a picture of the newly-acquired sportscar on its official Facebook page. The coupe has been given a bright yellow and green livery on its dark blue body, with ‘Transporte De Órgãos’ (Organ Transport) sticker on the bonnet and tailgate, along with emergency strobe lights.

In the caption of the shared picture, the Portuguese National Republican Guard stated that ‘the quality and safety of organ transplantation depends on the time needed for transportation’. Anyone familiar with the GT-R Godzilla would know that it is capable of blistering performance, which could even shame supercars worth a fortune more than it! This makes the Nissan GT-R a great vehicle for emergency transportation services.

This particular model seems to be an old Nissan GT-R [2011 to 2017], as determined by the vehicle’s front fascia. It was powered by a 3.8-litre, turbocharged, V6 engine, which came paired to a 6-speed dual-clutch automatic transmission. The department hasn’t stated what changes and upgrades have been made to the car in order to make it better suited for the job.

The Portuguese National Republican Guard also stated that it has carried out 2,836 organ transports to date, travelling over half-a-million kilometres in the process, which is a commendable feat. The new GT-R, and the other vehicle seized alongside it, will be used for organ transportation in Lisbon and Porto.

Supercars are no strangers to transporting organs, especially in Europe. In November last year, the Italian police had posted a video online, showcasing their Lamborghini Gallardo organ transport vehicle on duty. It was used for an urgent delivery of a kidney from Rome to Padua. The Lambo completed the near-300 mile (around 480 km) journey in just two hours, averaging a speed of around 145 mph (~ 233 kmph).