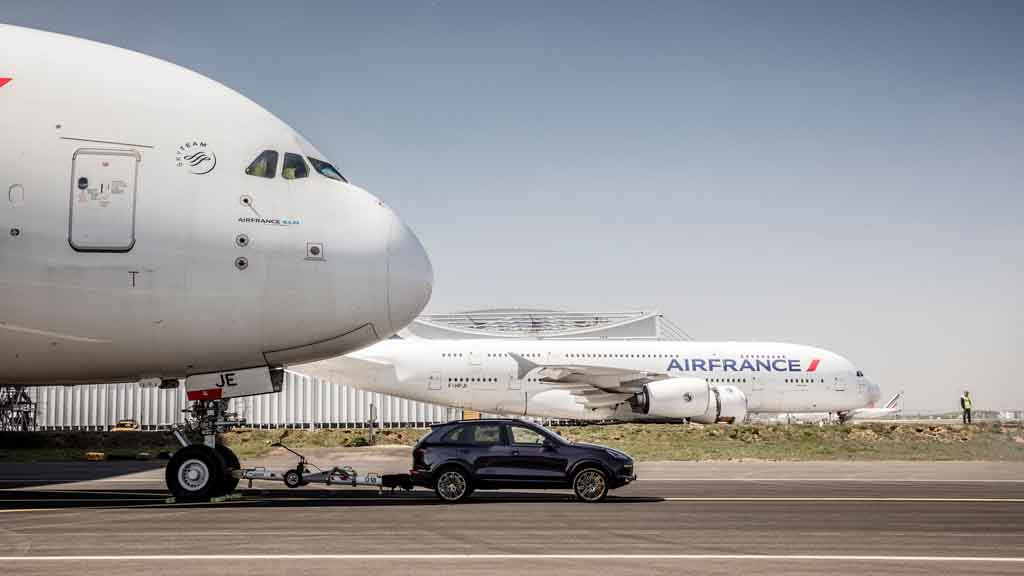 Towing an aircraft with a car for setting up a Guinness world record is nothing new among the auto manufacturers. More than a decade ago Volkswagen Touareg stunned the world by towing a 155 ton weighing Boeing 747 and four years ago that record was broken by a Nissan set up a new record when it’s Patrol SUV towed a 170 ton cargo plane. Now, the German automobile group has reclaimed the record with a Porsche Cayenne.

The luxury SUV has managed to tow a 285 ton weighing and 73 meter long Air France Airbus A380 for 42 meters at the Charles de Gaulle Airport in Paris. The Porsche Cayenne that achieved the feat is powered by a 4.1-litre V8 biturbo diesel engine and it is capable of churning out 385 hp of peak power and massive 850 Nm of peak torque. No wonder, this was something extraordinary, as the Porsche Cayenne pulled 115 ton of extra weight than the Nissan Patrol.

To perform this extraordinary task, the Porsche Cayenne was fitted with a special towing attachment over the SUV’s standard tow bar. The Porsche Cayenne is known for its perfect blend of powerful performance and exclusive luxury on offer. But with this achieve under its belt, the luxury SUV certainly becomes more attractive.

A far more interesting fact here is that Porsche Cayenne performed the same task again and this time it was a petrol powered Cayenne Turbo S that successfully towed the vehicle. This was powered by a 4.8-litre V8 biturbo petrol engine capable of kicking out 570 hp of peak power and 800 Nm of peak torque. 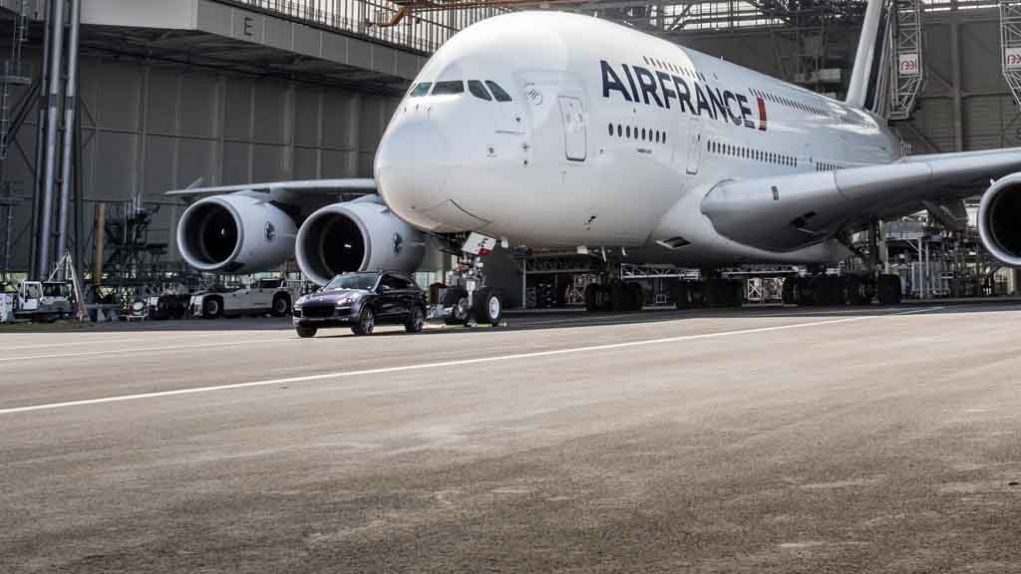