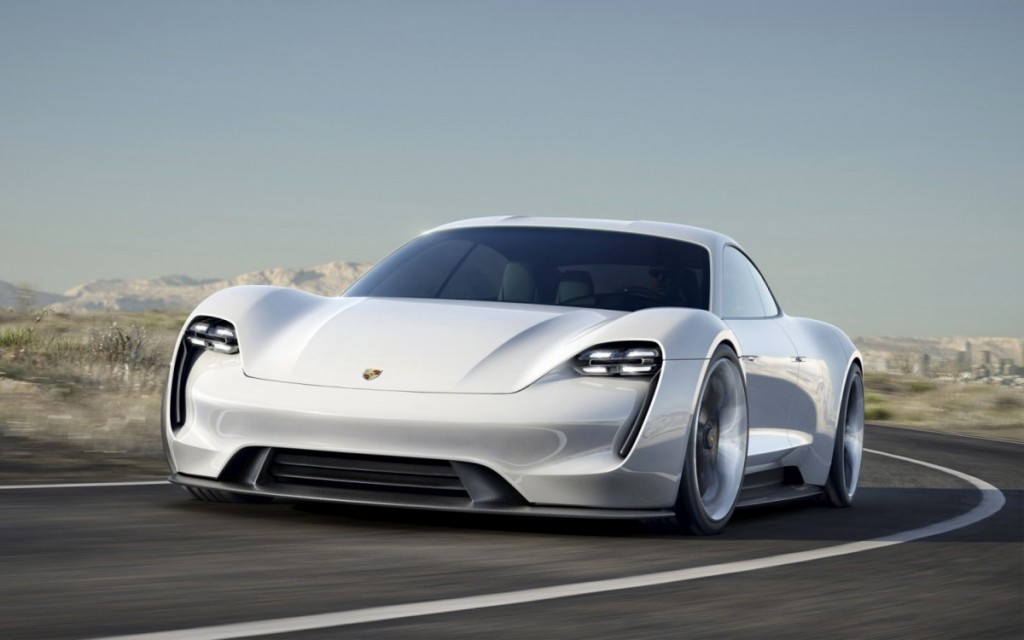 Porsche approves all-electric Mission E Concept to be rolled out of  production in 2020; € 700 million investment will be made on the project

Porsche Mission E all-electric concept has been given the nod by the German manufacturer for putting it into production by 2020. The first fully electric powered Porsche will create 1,000 new jobs at Stuttgart-Zuffenhausen whilst an investment of 700 million euros will be made for establishing facilities like new assembly line, body and paint shops and expanding engine factory to bring the futuristic Electric Vehicle into life.

The Porsche Mission E Concept made its world premiere at the 2015 Frankfurt International Motor Show in September. The Stuttgart-based manufacturer has managed to retain the traditional Porsche design language as it adheres to the looks of the exhilarating 918 Spyder hybrid supercar.

With the Mission E project, Porsche endeavours to blend sportscar performance and practicality of a daily commuter into an easy-to-use four door electric vehicle. This latest electric mobility solution from Porsche vows to be a groundbreaking project as the concept displayed in September packs an electric system to produce power output of 600PS. The vehicle is claimed to accelerate from standstill to 100km/h in under 3.5 seconds and has an electric range of more than 500km. The top speed of 200km/h can be reached in under 12 seconds courtesy of the seamless power generated by the electric motor.

The lithium-ion batteries integrated with the vehicle’s floor can be charged through an 800V charger specifically designed for the car. It is said to be two times more powerful than charging systems available currently in the market, so much that the 90kWh battery pack gets recharged up to 80% in just fifteen minutes.

Wireless recharging can be performed with an induction coil installed in the garage floor of the owner as well. The Mission E will be vying to compete against Tesla’s Model S P85D which has an electric range of over 400km and can reach 100km/h from 0 in a staggering 2.8 seconds.

Tesla has a scalable advantage of being on the road already with the Model S but with the composure and investment Porsche are showing in the Mission E project we could see the Germans mastering a new technology like they have done in time to time.