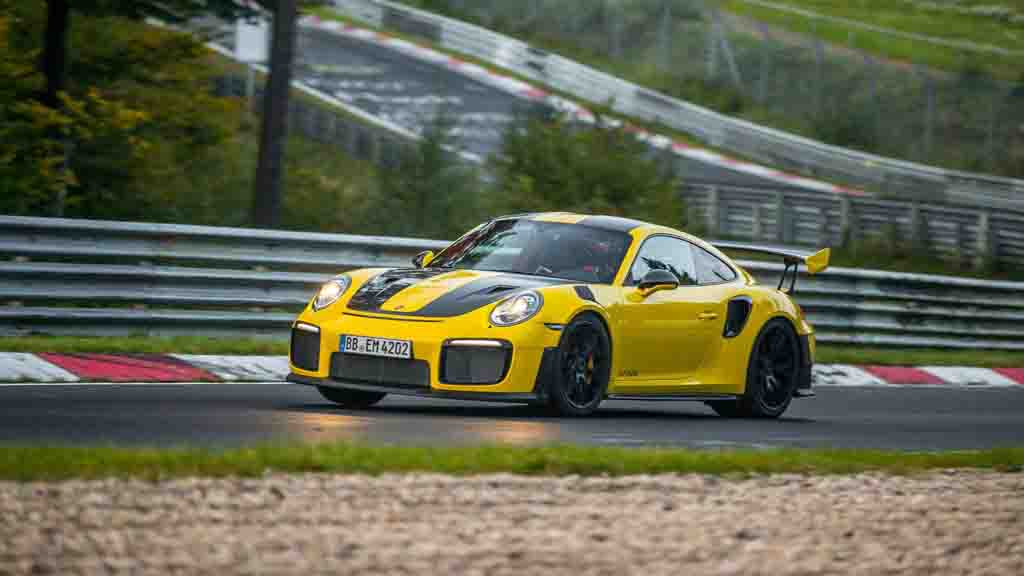 Porsche 911 GT2 RS is the most powerful and fastest 911 till date and it is setting tracks around the world on fire as the sports car entered the market with the title of fastest rear wheel drive production car around the Green hell. The Monza track is famous for its high speed runs as the throttle is wide open for most parts.

Recently a video popped up on Youtube in which a Porsche 911 GT2 RS was doing around 300 kph in the pit straight on Monza and suddenly the rear tyre blew out. But the driver was so lucky that the car didn’t slide or hit the barrier as he managed to stop the 911 GT2 RS without crashing. One of the reasons for not crashing is that he was way ahead of breaking point and got the control back soon after the blowout.

During second free practise session of Formula 1 Italian GP couple of weeks back, we saw the accident of Marcus Ericsson which happened at the pit straight around 320 kmph and the same thing could have happened to this 911 GT2 RS driver also and if it had crashed then the 911 GT2 RS will be a total loss for sure.

Apart from the tyre, the turbocharger hose was also damaged during the accident and according to the owner, it won’t cost much. The 911 GT2 RS runs on Pirelli Trofeo R tyres and the driver said that he has already done 60 laps on this tyre at Nurburgring and the track temperature at Monza was 55 degree, which will burn these them after some hot lap runs.

The 911 GT2 RS was already out on track for some time and just before the incident, he lapped the Monza circuit in 1:57:29, which is brutally quick for a production car. This GT2 RS was also fitted with Weissach Pack as it reduces weight by 30 kg compared to standard model as it comes with several carbon fibre reinforced plastic and titanium parts.