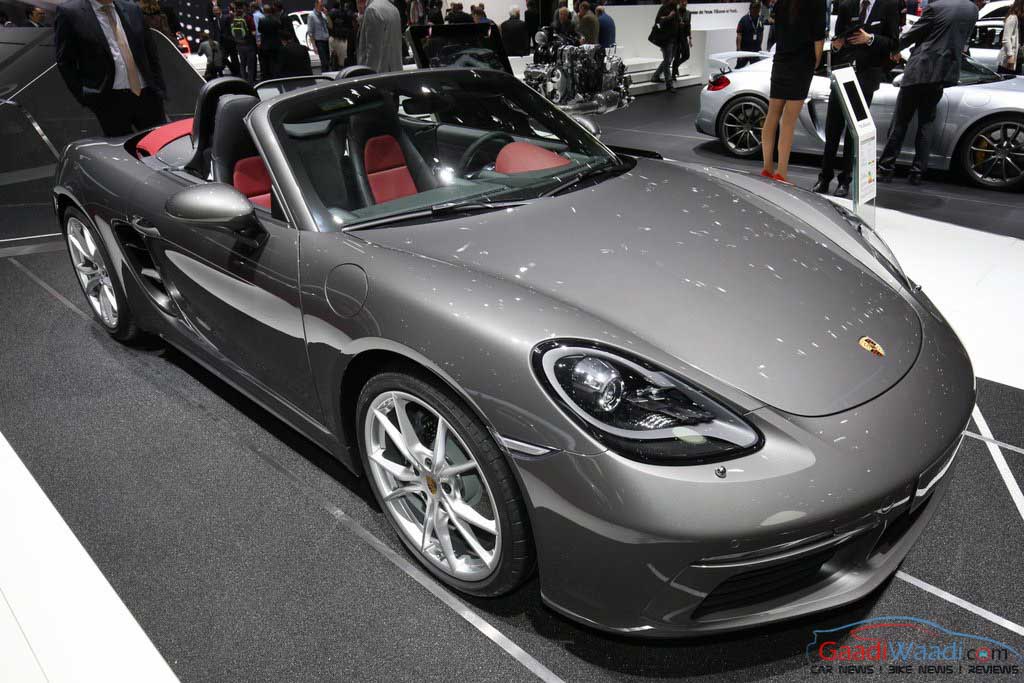 The 2016 Geneva Motor Show played host to Porsche reviving one of the iconic names in the company’s history. The 718 number strapped to the Spyder in the ‘50s and early ‘60s still be conceived as one of the best sportscar the German brand has ever produced. But, what does it do in a rather tamed Boxster range?

The all-new 718 Boxster caters the recent trend in tubrocharging and engine downsizing as the company has used to in recent past without sacrificing the performance. The traditional naturally aspirated flat six has been ditched in favour of the new turbocharged four-cylinder boxer engine producing a stunning 300 hp.

If you think it’s enough, the more powerful 2.5-litre engine makes 350 hp. Porsche’s artistry in squeezing out extra horsepower from the smaller capacity engines has been evident one more time here. With the lightweight chassis, the 718 Boxster can sprint from 0 to 100 kmph in just four seconds – good enough to leave some of the dedicated sports cars in its wake.

Besides the styling revisions, the features have also been updated as the model is slated to go on sale in April in Europe. A spurred up 718 Cayman is also in the pipeline with a hard-top roof.

Another stellar of a machine Porsche came up with at Geneva was the 911 R. It’s nothing but a conventional take on the rather radical 911 GT3 and the 911 GT3 RS while celebrating the original 911 R that celebrates half century next year. This will have the Porsche purists buoyed in all its harmony as the automatic transmission fitted with the 911 GT3 has been replaced for a traditional six-speed stick.

The original 911 R was a thoroughbred racer as it was a hardcore and lighter version of the first-gen 911 created to acquire homologation for global sports car racing. Only 991 examples of the new 911 R will be produced and it gets houndstooth upholstery as homage to the original. It gets powered by the same 4.0-litre flat-six found in the GT3 RS pushing out 500 horsepower and 338 pound-feet of torque.

It can get from 0-100 kmph in as low as 3.7 seconds before topping out 200 mph (360 kmph). It lacks all the aero bits of the GT3 RS in pursuit of less kerb weight and features modern techs like electronic stability control and four-wheel steering.