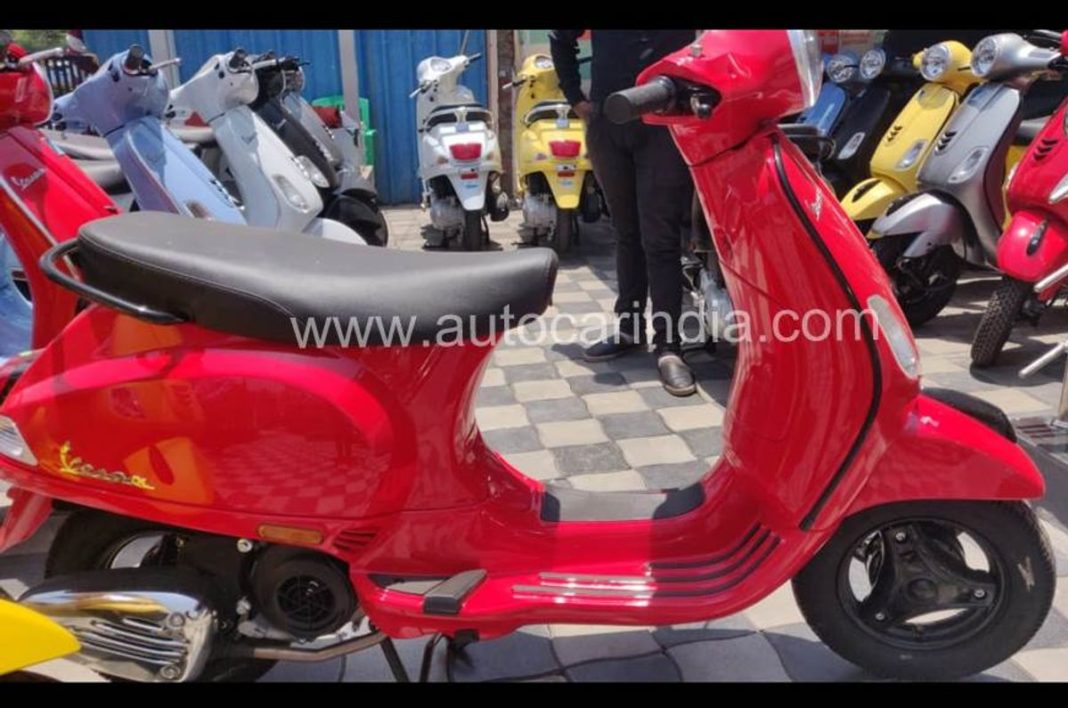 Piaggio has added a new variant to their Vespa range recently called Vespa 125 Urban Club. It is based on the Vespa Notte and is priced at around Rs. 73,732 (ex-showroom, Delhi). The Vespa 125 Urban Club was spotted recently at a dealership and according to the reports, the dealers will start the deliveries of the recently launched scooter soon.

The good news is that unlike the Vespa Notte that was launched last year with a single matte black colour option, the Urban Club is launched with a total of four different colour options including red, blue, grey and yellow. The mirror, grab rail, brake lever, and the wheels are all finished in black.

This particular variant also ditches the chrome bits that you also find in some other Vespa model and replaces them with blacked out bits. Apart from the new colour scheme, everything else looks identical to what you will also find in the Vespa Notte. 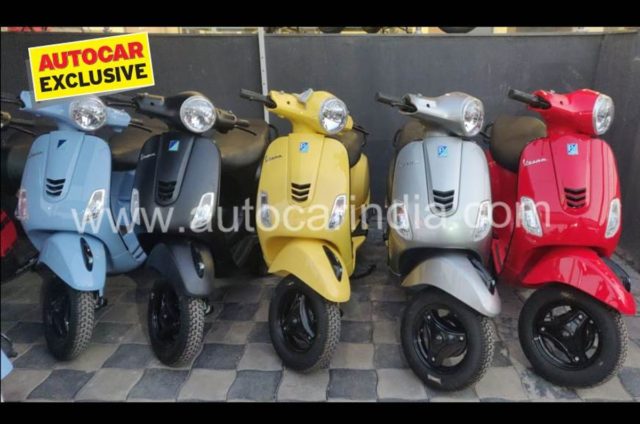 The recently introduced Vespa 125 Urban Club is powered by the same 124cc engine that also powers the Vespa Notte as well. This unit produces about 9.5 bhp of peak power at 7,250 rpm and 9.9 Nm of peak torque available at 6,250 rpm. The unit is mated to a CVT gearbox.

The braking duties of the scooter are handled by drum brakes at both ends whereas CBS is also offered as standard for the safety of the rider. The scooter features 10-inch alloy wheels on both ends wrapped with tubeless tyres. The scooter depends on a single-sided arm hydraulic suspension unit in the front and hydraulic shock absorbers at the rear that promises to offer a plush ride. 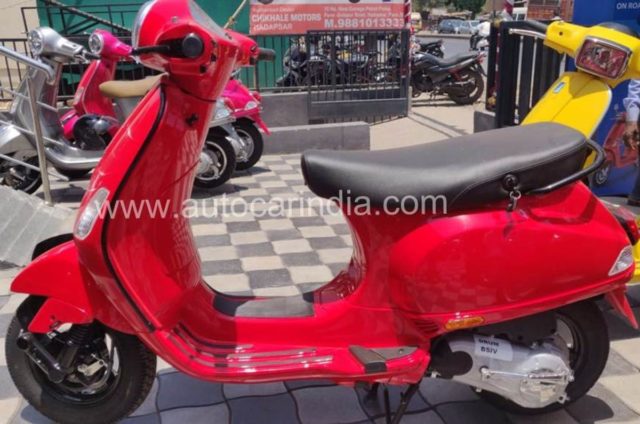 The recently introduced Vespa 125 Urban club will compete directly with the likes of the Suzuki Access 125 and the Honda Activa 125 in India. However, compared to its rivals the newly introduced Vespa variant offers very basic features. Hopefully, the retro styling and premium image will help attract the attention of the buyers.