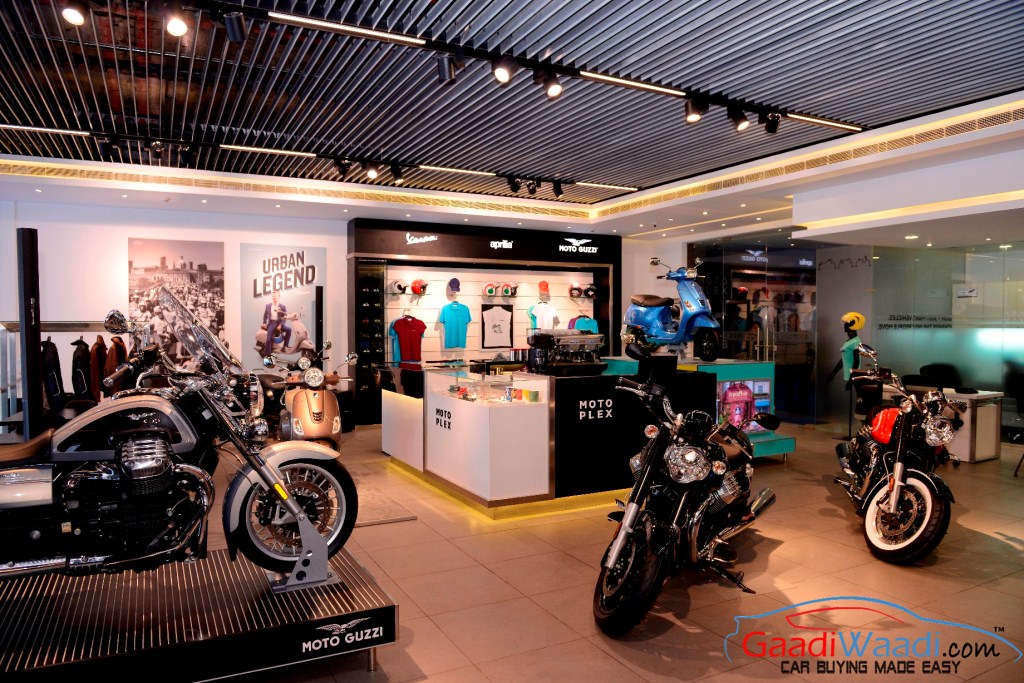 The Piaggio Concept Store MotoPlex is an innovative retail concept that has just been announced. The idea is aligned with the new global in-store experience the Piaggio Group is developing in major metropolitan cities around the world. The Motoplex multi-brand stores that the Piaggio recently opened were in some of the world-famous cities such as Milan, New York City, Shanghai and Beijing.

The new Piaggio MotoPlex store will offer Piaggio consumers the Group’s biggest brands such as Vespa, the iconic scooter brand, Aprilia the performance motorcycle maker and Moto Guzzi, one of the oldest motorcycle cruiser makers, all under one roof. The sparkling new Piaggio MotoPlex idea and store saw their doors opened for the first time in Pune, Maharasthra where the biking culture has always been at its peak than any other cities in the country. Motoplex has been inaugurated on November 3rd, 2015 and the store has everything you will ever need from the brand.

Accessories, clothing, gear and much more are available at this store. It is set to have a waiting lounge and other services such as WiFi. Piaggio is also based in Pune and has an international-standard production plant in Baramati where it manufactures the Vespa scooters. Meanwhile, alongside that, its wide range of 3- and 4-wheeled commercial vehicles have been selling in the country for a very long time. Piaggio MotoPlex will see all bikes and scooter from the brand retailed under one roof as it seeks to expand their dealership base in the same fashion; something at which they have been lacking for a long time.

Piaggio is under stiff competition in the superbike market such as Triumph, Kawasaki, Benelli and upcoming Ducati and BMW along with KTM who are either all well-set in the industry or very aggressive with their plans expected to be out soon.